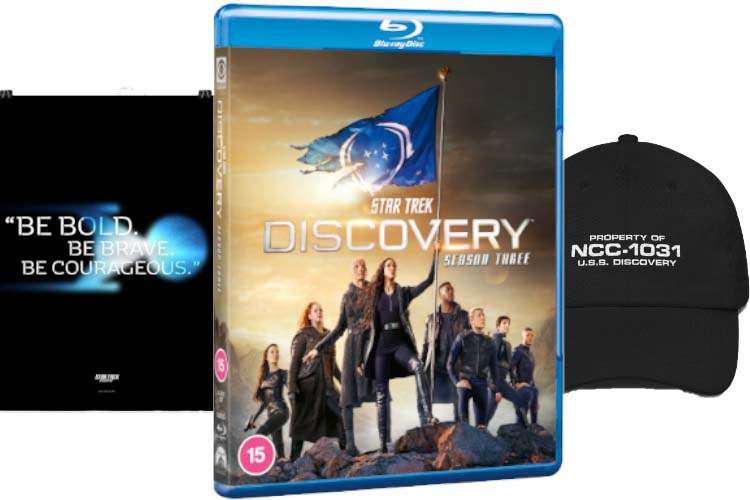 “Certified Fresh” on Rotten Tomatoes with a critics’ score of 91%*, Star Trek Discovery: Season Three is the highest rated Discovery season yet. Fans can enjoy all 13 episodes with the four-disc collection, packed with over 2 hours of special features, including producer interviews, writer’s log and behind-the-scenes moments.

After following Commander Burnham into a wormhole in the second season finale, Star Trek Discovery: Season Three finds the crew of the U.S.S. Discovery landing in an unknown future far from the home they once knew. Now living in a time filled with uncertainty, the U.S.S. Discovery crew, along with the help of some new friends, must work together to restore hope to the galaxy.

This competition closes on 06 December, so get those answers in now!