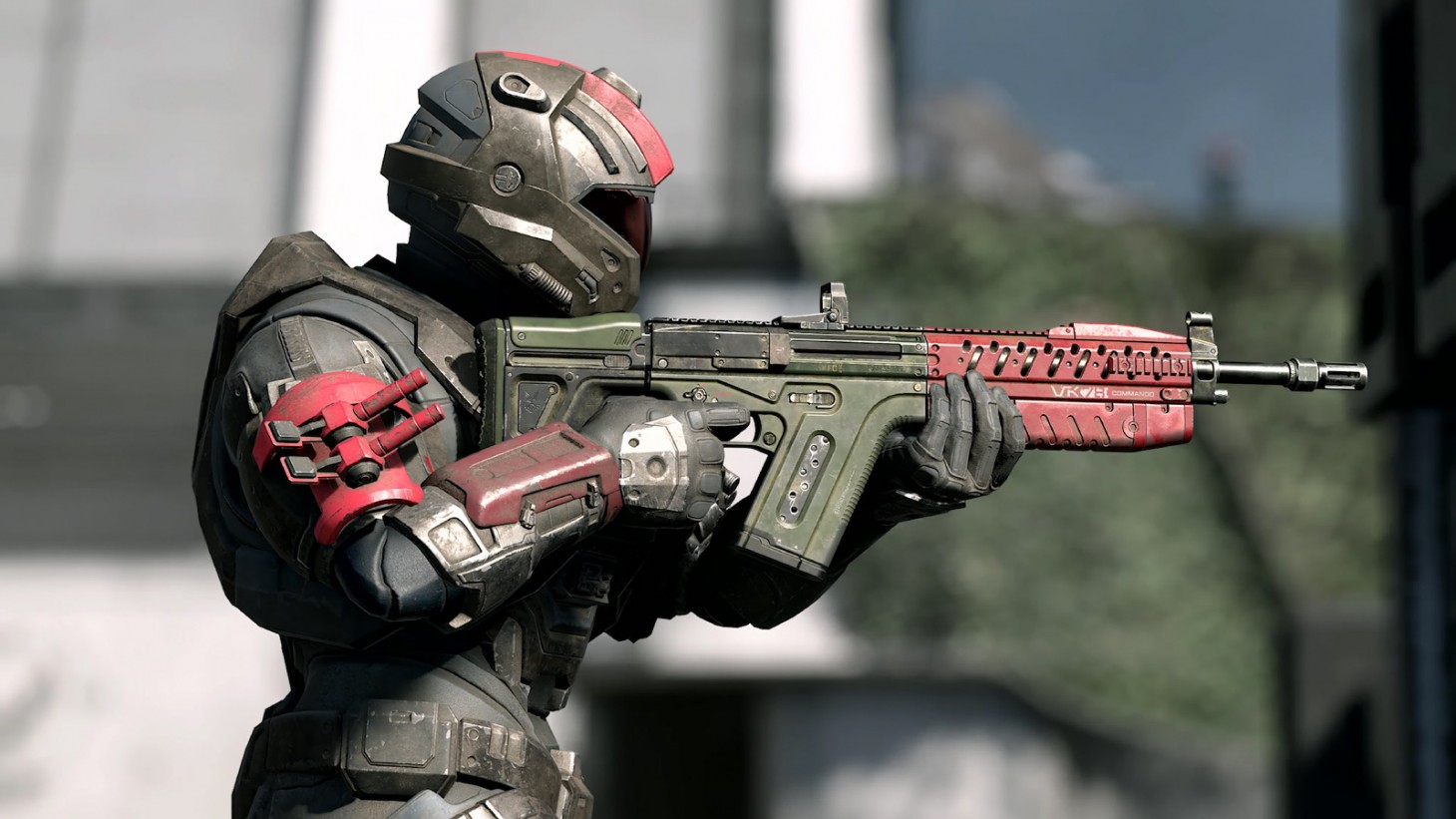 The surprise release of Halo Infinite‘s multiplayer hasn’t only stolen a lot of the spotlight that we thought was going to go to Call of Duty: Vanguard and Battlefield 2042 but has seemingly thrown a wrench into the idea that a modern multiplayer shooter needs a battle royale mode to truly make an impact.

It’s impossible to deny the significance and popularity of battle royale games in recent years, but we’re getting to this point where the cries for something different just keep getting a little louder. The problem is that some of the genre’s biggest names (such as Call of Duty and Battlefield) are struggling to find out what that alternative looks like in the modern age while intriguing indie experiences (like the Halo-esque Splitgate) just don’t have the resources to compete and really push their vision as quickly or as far as Triple-A titles can.

That’s what makes Halo Infinite‘s debut so fascinating. It’s a great multiplayer experience in its own right as well as the clearest declaration yet that there is a multiplayer shooter out there that can compete with the biggest names without having to rely on a battle royale mode.

I’m not ready to say where Infinite’s maps rank among the very best Halo maps ever, but I will say that they feel are significantly better than Vanguard’s and Battlefield 2042’s maps as well as a breath of fresh air after years worth of battle royale locales.

That’s also where Halo Infinite’s maps clearly outshine most battle royale maps. Many battle royale maps are designed to slowly force you into specific “zones,” which destroys the illusion that they’re these massive battlefields where anything can happen. Those smaller zones just can’t match the excellence of a properly designed shooter arena.

Halo Infinite Benefits From a Lack of Loadouts, Classes, and Heroes

Games like Vanguard, Battlefield 2042, and many modern battle royales are increasingly emphasizing the idea of going into a match with a certain weapon loadout or character classes that have their own strengths, weaknesses, and abilities. Some do it better than others, but many of those mechanics ultimately result in a “meta” that can affect the outcome of a match before you start playing it.

Halo isn’t entirely immune from the meta problem, but there is something so refreshing about the idea that Halo Infinite matches don’t feel like they’re subtly being determined by decisions you make before the match even begins. Everyone starts with a pretty even playing field, which is one of those concepts that is supposed to be a pillar of the battle royale genre.

While I understand why modern developers emphasize loadouts, classes, and hero abilities in order to appeal to meta-obsessed competitive gamers, stepping away from that mentality for a while helps you realize those elements don’t need to impact a modern multiplayer experience.

If you would have told me that Halo Infinite’s multiplayer would be launched early after all of the game’s development problems and would be more polished than Vanguard and Battlefield 2042, I would have pitied your optimism.

However, that’s exactly what happened. Vanguard and Battlefield 2042’s launches were technical nightmares complimented by terrible underlying design decisions. Again, Halo isn’t perfect in that respect (its Battle Pass is simply terrible), but it’s a shockingly well-made game that feels close to finished despite releasing early.

In a year filled with games that were released too soon, Halo Infinite’s beta feels like a more complete experience than its supposedly complete competitors.

This is where Halo Infinite really distinguishes itself from the competition. By embracing a much slower TTK, Halo Infinite’s gunfights feel far more substantial and more open to those “moments” we often hear about in other titles.

While Infinite’s multiplayer is faster than it was in some previous Halo games, the ways that it is “slower” compared to some other modern multiplayer shooters helps ensure that the game gives the action just enough time to breathe in order to ensure that those “moments” we all love are given more time to occur naturally.

Now that we’ve had a little time to spend with Halo Infinite’s actual multiplayer modes, though, I’m more convinced than ever that Infinite doesn’t need a battle royale mode because it has something even more special: that viable alternative to battle royales that many people have been looking for.

You don’t hear a lot of Halo Infinite fans crying out for a battle royale mode now that they’ve gotten their hands on the actual game. Whereas 2042 and Vanguard often struggle to find where they belong in a BR world, Infinite confidently offers a slightly more classic multiplayer shooter experience with the right number of refinements needed to make it feel modern. Halo Infinite has an identity, and that identity is so much more than “not a battle royale game.”

Maybe there will come a day when Infinite’s developers decide to pursue some kind of battle royale concept, but at a time when Vanguard and Battlefield have fallen on their face out of the gate, hero shooters like Overwatch look to be on the way out, and various battle royale games jockey for position, Infinite feels like the king of its own concept that is very much worth experiencing.

Close Encounters of the Fifth Kind Official Trailer
The Book of Boba Fett Could Finally Answer a Big Star Wars Question
New on Netflix: December 2021 Releases
True Story and the Diverse Career of Wesley Snipes
Ant-Man 3: First Look at Kang the Conqueror
The Flash: Armageddon Brings Black Lightning Back to the Arrowverse