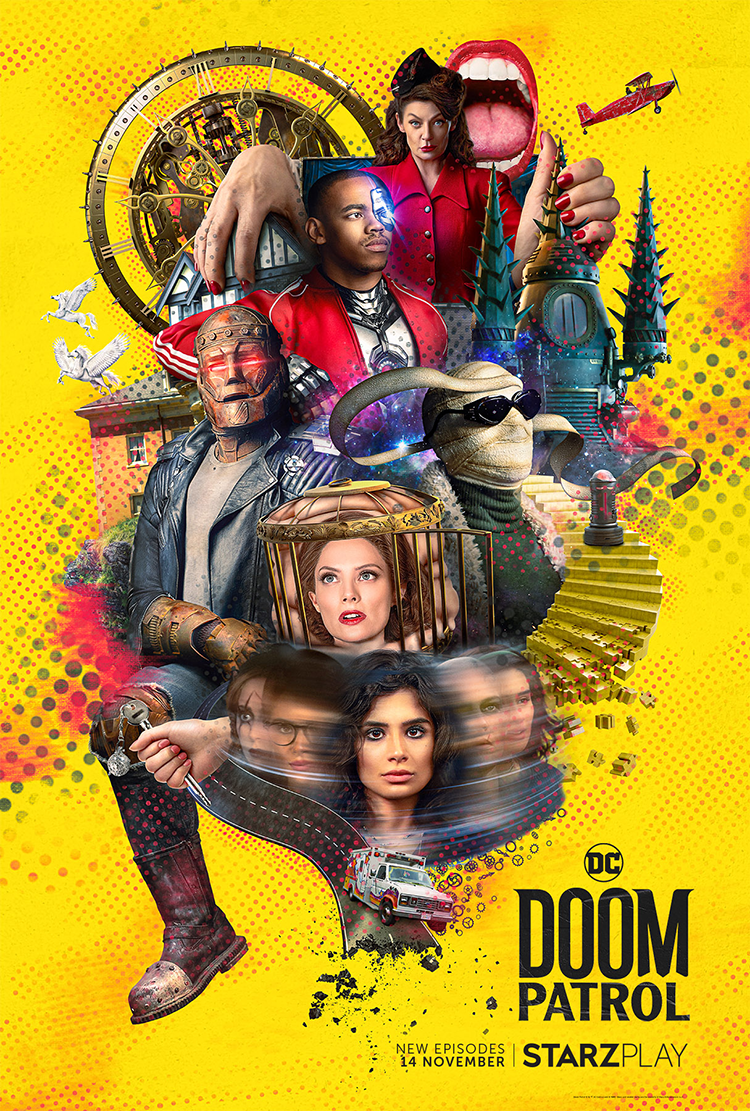 We f*cking love Doom Patrol here at SciFiNow (here’s our rundown of best moments from Season One) and now we have a UK air date for Season Three!

Yes, our unlikely heroes are back this November on STARZPLAY and from the looks of the trailer, there will be just as much calamity and craziness as we expect from the gang. Check it out here…

Each member of the Doom Patrol suffered a horrible accident that gave them superhuman abilities but also left them scarred, disfigured, and ostracized – until Niles Caulder brought the outcasts together.

Season Three opens on the culmination of the Doom Patrol’s confrontation with the Candlemaker that leads to a devastating loss. The Doom Patrol is at a difficult crossroads and each member struggles to face who they are and who they want to be. And things get a whole lot more complicated when Madame Rouge (Michelle Gomez) arrives in a time machine with a very specific mission, if only she could remember it.

Haven’t caught up with Season Two yet? Read our interview with April Bowlby and Joivan Wade here who tell us all about sex ghosts and crazy costumes. And keep it with SciFiNow as we catch up with Bowlby to discuss more Doom Patrol shenanigans in Season Three…

Doom Patrol Season Three will air on 14 November on STARZPLAY. New episodes will stream every Sunday, and the first two seasons are also available on the service.