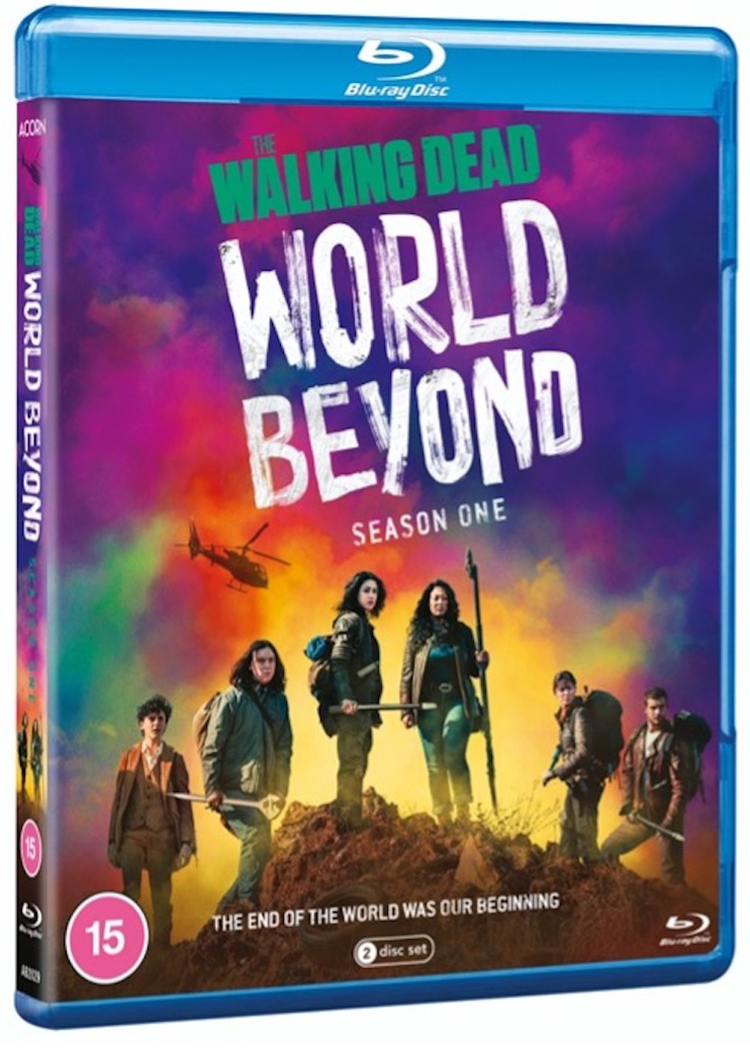 The Walking Dead expands its scope with a next-generation spin-off World Beyond, a new series exploring the lives of four teenagers raised in a post-apocalyptic world.The first series will be slowly walking its way to eat us on 11 October and to celebrate we’re giving away two Blu-ray sets of the series!

Leaving the safety and comfort of home to brave dangers, known and unknown, living and undead on an important quest, the teens are pursued by both those who wish to protect them and those who wish to harm them including Elizabeth Kublek (Julia Ormond, The Curious Case of Benjamin Button). A coming-of-age story unfurls across dangerous terrain, challenging everything they know about the world, themselves and each other. Some will become heroes. Some will become villains. But will they find the truths they seek in the World Beyond?

Find out more about the series with our interview with showrunner Matthew Negrete here.

To be in with a chance of winning Season One of The Walking Dead: World Beyond on Blu-ray, answer the simple question below…

This competition closes on 20 October so get your entries in now!

The Walking Dead: World Beyond arrives on Blu-ray, DVD and digital 11 October 2021, courtesy of Acorn Media International. Pre-order yours here.

Close Encounters of the Fifth Kind Official Trailer
The Simpsons Season 33 Episode 9 Review: Mothers and Other Strangers
Why Satan Visiting Riverdale Was Anything But Hellish
True Story and the Diverse Career of Wesley Snipes
Is Young Justice Setting Up a Superboy and Mordru Battle?
15 Most Underrated Games of 2021