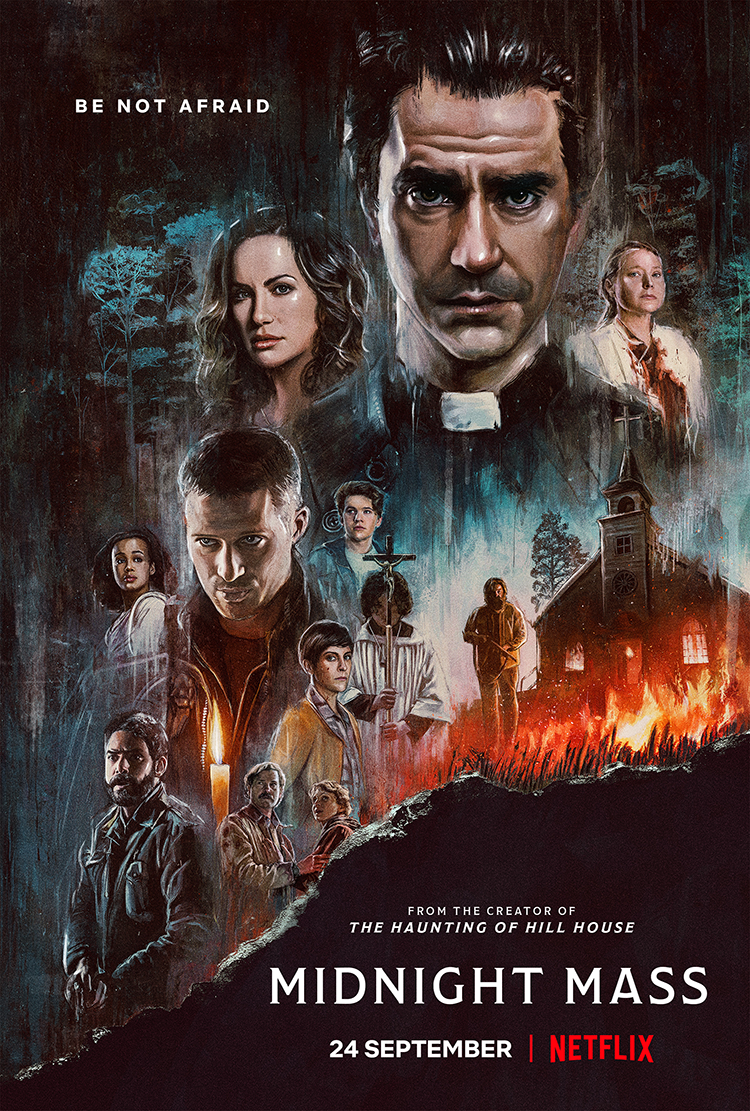 A new Mike Flanagan project is always a cause for celebration (and, most likely, sleepless nights) and his latest series, Midnight Mass, looks no different if the creepy new trailer is anything to go by.

Midnight Mass tells the tale of a small, isolated island community whose existing divisions are amplified by the return of a disgraced young man (Zach Gilford, The Purge: Anarchy) and the arrival of a charismatic priest (Hamish Linklater, Legion).

When Father Paul’s appearance on Crockett Island coincides with unexplained and seemingly miraculous events, a renewed religious fervor takes hold of the community – but do these miracles come at a price?

Midnight Mass will launch on Netflix on 24 September.

Close Encounters of the Fifth Kind Official Trailer
Supergirl’s Azie Tesfai Takes on Race and Privilege as Guardian, Episode Writer
Riverdale’s Mothmen Saga Reveals the True Monsters Among Us
Squid Game: Best of the Cast’s Shows and Movies to Watch
Endeavour Series 8 Episode 2 Review: Morse Haunted by Ghosts of His Past
15 Best NES Games of All Time