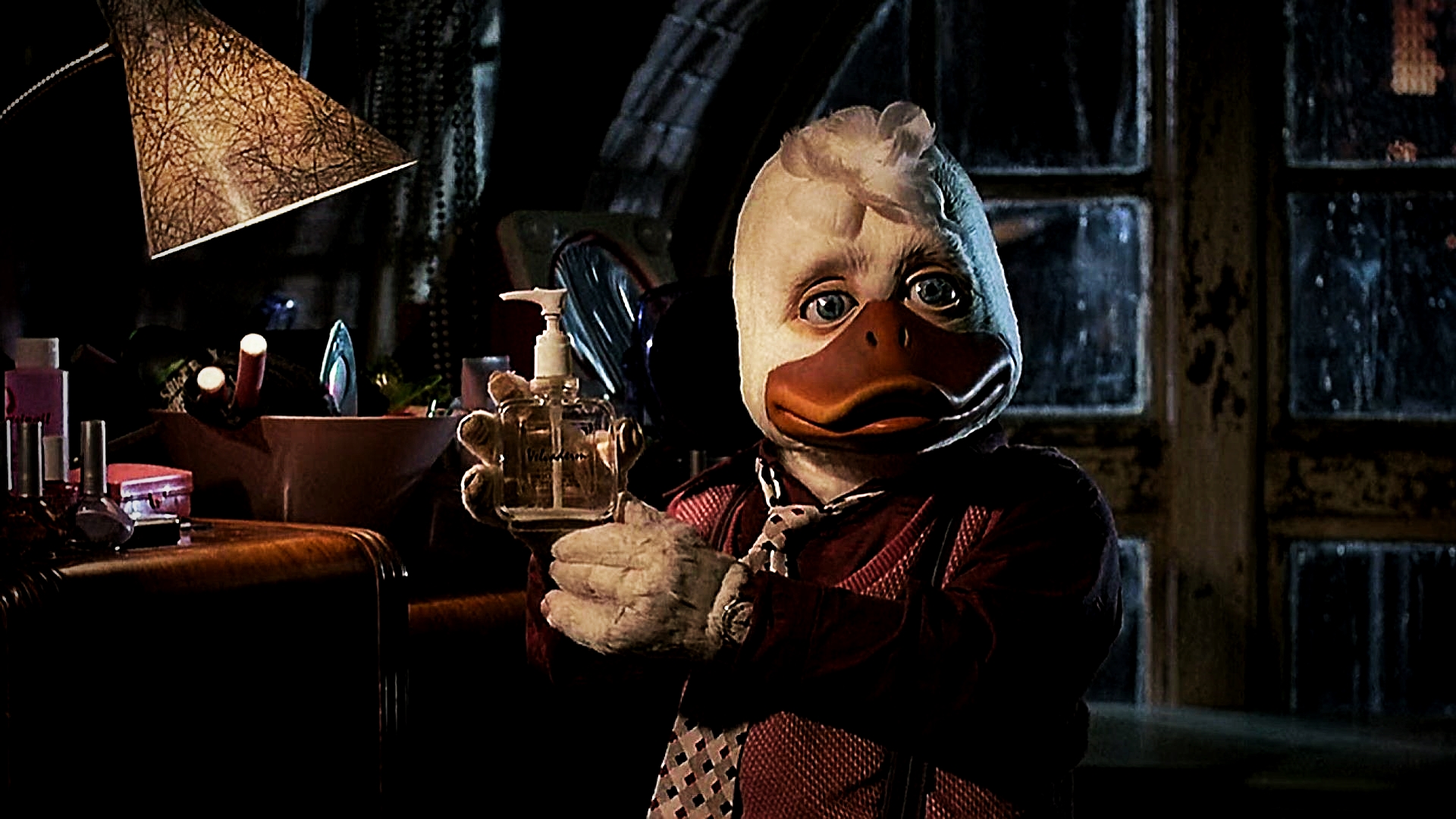 Howard the Duck certainly has its charms (we’re big fans of it here), it’s undoubtedly something of a mess. And a good chunk of its reputation comes from how awkward the title character looks. Long before the days of the kinds of mo-cap CGI wizardry that is now commonplace in blockbusters, Howard the Duck relied on putting someone in a duck suit with animatronic eyes and bill.

And while a similar technique was used effectively by Jim Henson’s Creature Shop in 1990’s excellent Teenage Mutant Ninja Turtles movie, Lucasfilm’s Howard suit isn’t a particularly great cinematic achievement. The animatronic duck suit proved so troublesome that it ended up costing the production what would have been its biggest star.

None other than Robin Williams was set to voice Howard the Duck in the film. Williams would have been a perfect fit for the role, especially considering how weird and abrasive the character is in the comics. But the Howard of this movie, while still a jaded wiseass, is a little more toned down than his comics counterpart. Worse yet, the character’s lines and jokes had to be performed on set by the puppeteers during filming, all of which was done before the producers had cast Howard’s voice.

“We had amazing puppeteers, but they were the ones doing the jokes,” Lea Thompson, who played Beverly Switzler in the film, told The Hollywood Reporter. “I was like, ‘It would be great if you could have an actor doing the lines to keep the ball in the air.’ The technical side of making the movie was so difficult and fraught. I kept saying to them, ‘The duck doesn’t work.’”

All of this meant that Williams wasn’t free to bring the kind of wild, improvisatory spirit that you’d expect from him.

“What I was told was by the third day, Robin said, ‘I can’t do this. It is insane. I can’t get the rhythm of this. I am being confined. I am being handcuffed in order to match the flapping duck’s bill.’” Chip Zien, who ended up voicing Howard in the finished film, told THR. “So, on Memorial Day 1985, I got a call from my agent who said, ‘You have to get right to the airport! Robin Williams just quit and you’re now Howard the Duck. You need to get there tonight. There is a ticket waiting for you at the counter.’ I was incredibly excited.”

In that same interview, Zien recalls that he had been signed on for a trilogy of Howard the Duck movies, but of course, they would never come to pass. But for fans who know where to look, whether it’s to the absolutely bonkers marketing campaign or the movie’s novelization which fleshes out a lot of the film’s world, Howard will always have a place in our hearts. Even as just a cinematic curiosity.

Close Encounters of the Fifth Kind Official Trailer
He-Man: How Skeletor’s Meme Status Influenced Netflix Series
Endeavour Series 8 Episode 2 Review: Morse Haunted by Ghosts of His Past
15 Best PlayStation One RPGs Ever Made
King Of Battle And Blood: UK cover and first chapter exclusively revealed
Squid Game: What Could Season 2 Look Like?