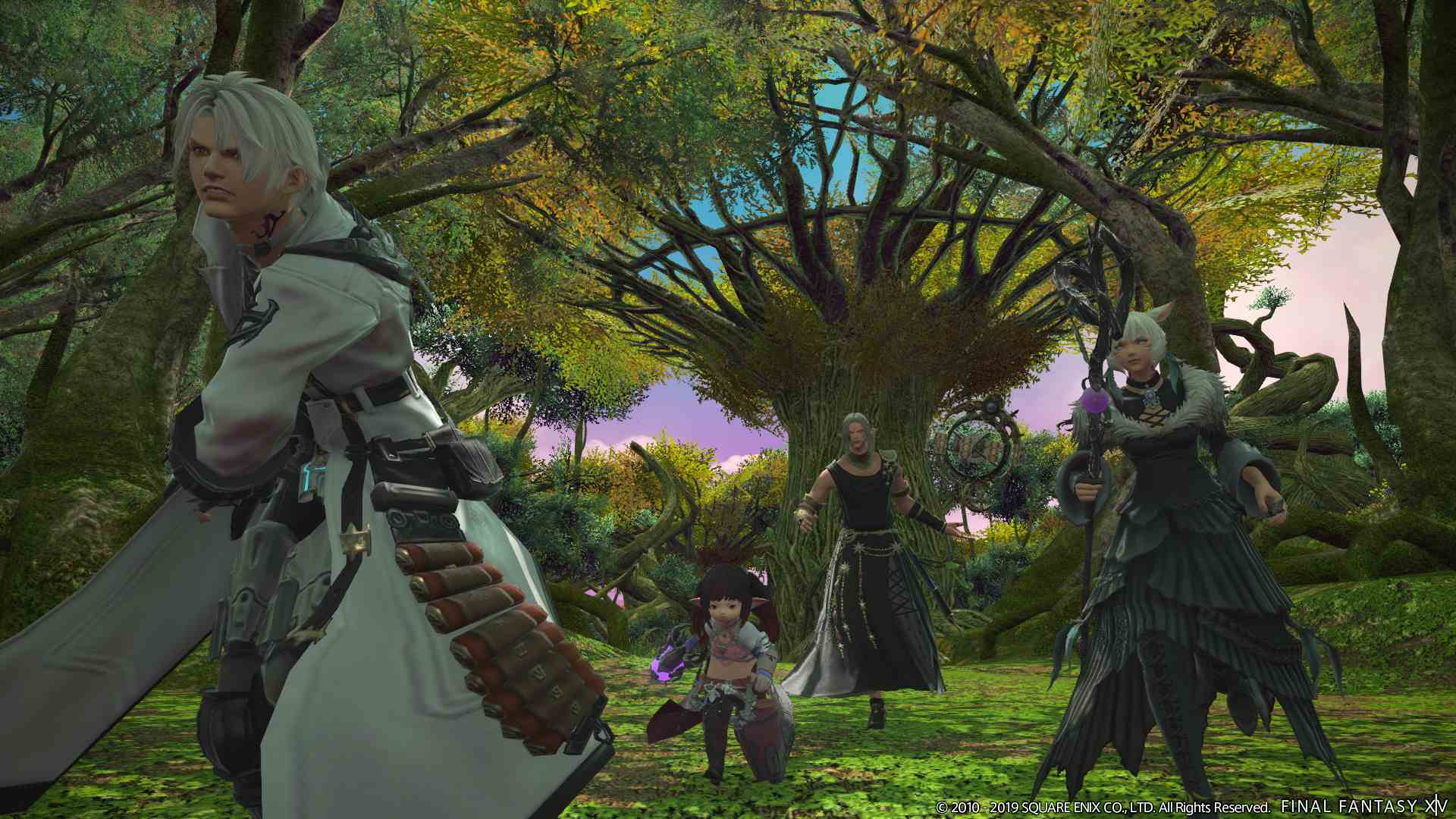 “Blizzard is definitely aware of this, but without World of Warcraft, [Final Fantasy 14] A Realm Reborn wouldn’t exist,” Yoshida said. “WoW was the game we constantly looked up to…our goal was to recreate a Final Fantasy version of WoW, so saying we won or lost to WoW is off-base to start with, because they were the game we aspired to be.”

Yoshida later states that “this whole conversation about surpassing WoW is the wrong conversation to have and it’s honestly irritating.” When the interviewer seemingly jokes that he was hoping Yoshida would say something about being the best, Yoshida replies that “if I was that type of guy, we’d miss our footing on the way and 14 wouldn’t be loved by so many people.”

Many of those who have been following Final Fantasy 14 and World of Warcraft‘s progress over the last few years already know this, but Yoshida is absolutely right about the main reasons why Final Fantasy 14 has only grown recently while WoW (or at least the game’s reputation) has fallen during that same time. Final Fantasy 14 was a nightmare before Square Enix decided to take all the criticisms they received to heart and essentially redesign and relaunch the game.

Final Fantasy 14 would not be here today if it wasn’t for Yoshida and the rest of the team’s commitment to genuinely listening to fans and proving that they’ve heard them by improving and evolving the game in ways that have been remarkably consistent with community requests. You don’t get to that point by assuming you know everything and then gloating about that presumption.

At the same time, I have to respectfully disagree with Yoshida when it comes to the suggestion that now isn’t the time to start talking about Final Fantasy 14 has somehow beaten WoW. People probably should be talking about Final Fantasy 14‘s victories over WoW, as that conversation is good for both games, MMO fans, the companies involved, and, honestly, the gaming industry.

Now, when I talk about Final Fantasy 14 “beating” World of Warcraft, I’m not necessarily talking about pure revenue or even current subscriber numbers. Final Fantasy 14 may have more active subscribers than WoW at the moment, but those numbers are unconfirmed. Furthermore, as Yoshida himself points out, Final Fantasy 14 will probably never break WoW‘s all-time subscriber count record of 12 million users. That record was set at a much different time for the genre and gaming.

We’re also not necessarily talking about which game is “better” since that’s obviously a subjective argument. Final Fantasy 14 and WoW both do certain things well and, in many cases, they do things well that the other game perhaps does not. The “Final Fantasy 14 is a better MMO than WoW” argument is certainly getting a little stronger and much louder, but each game ultimately offers a compelling experience.

No, when I talk about Final Fantasy 14 beating WoW, I mean that Final Fantasy 14 deserves all the credit in the world for realizing that the heart of an MMO is its community. Without a community, most MMORPGs are little more than lesser single-player RPG experiences. A mostly happy, diverse, and robust community is what sucks you into an MMO long after the appeal of the grind has faded away, and Final Fantasy 14‘s team has done an excellent job of giving fans the game they’ve been asking for while allowing its creators to have a strong voice along the way.

The benefits of that approach go well beyond the MMO genre. At a time when live service games and microtransactions feel more predatory than ever, Final Fantasy 14 shows that the benefit of any kind of persistent gaming experience should be the ability to grow them in response to community requests. Too often, though, we see studios put ego and profit over the ability to use this format to improve rather than simply maintain. You may not like all of the Final Fantasy 14 team’s decisions (or even the game itself) but you can clearly see the logic behind just about every business and creative decision they’ve made over the last 10 years and often trace them to a genuine desire to put fun first and try to give people what they want.

Without getting too deep into all of the things happening at Activision/Blizzard at the moment and the many, many more important ways that so many high-ranking members of that company deserve a harsh and swift day of reckoning that can’t come soon enough, let’s just say that recent updates in World of Warcraft history have been representative of a company constantly fascinated with maximizing profits and maintaining their power than a studio interested in making the best game possible.

You don’t hear a lot of excitement from many long-time WoW fans these days, and that may have something to do with Blizzard’s recent history of updates that feel designed to shame players whenever they think of walking away from all of the time they’ve already invested in the game. WoW is supposed to encourage you to go on a grand adventure, but too often, the game merely finds ways to incentivize you to stick with it because leaving would be too difficult. The magic is fading, and defenses of Blizzard’s recent creative decisions often boil down to arguments over what makes sense from a business perspective.

World of Warcraft should never be denied the praise it deserves for how it innovated and popularized the MMORPG genre, nor should any Final Fantasy 14 fan deny the ways that game was clearly built on the back of WoW‘s best years. However, if I have to disagree with Yoshida about anything, it’s the idea that WoW is this unimpeachable monolith and always will be due to the many years of incredible success the game has enjoyed. WoW is looking more beatable than ever, and the game’s legacy should no longer shield it from the criticism it very much deserves or the ways other games are doing more with that legacy than it is.

Final Fantasy 14 and WoW can certainly coexist, and I hope both continue to benefit from the other. At the same time, if Final Fantasy 14 ever does “beat” WoW in any widely accepted definition of the term, nobody is going to be too surprised when they look back at how it happened.