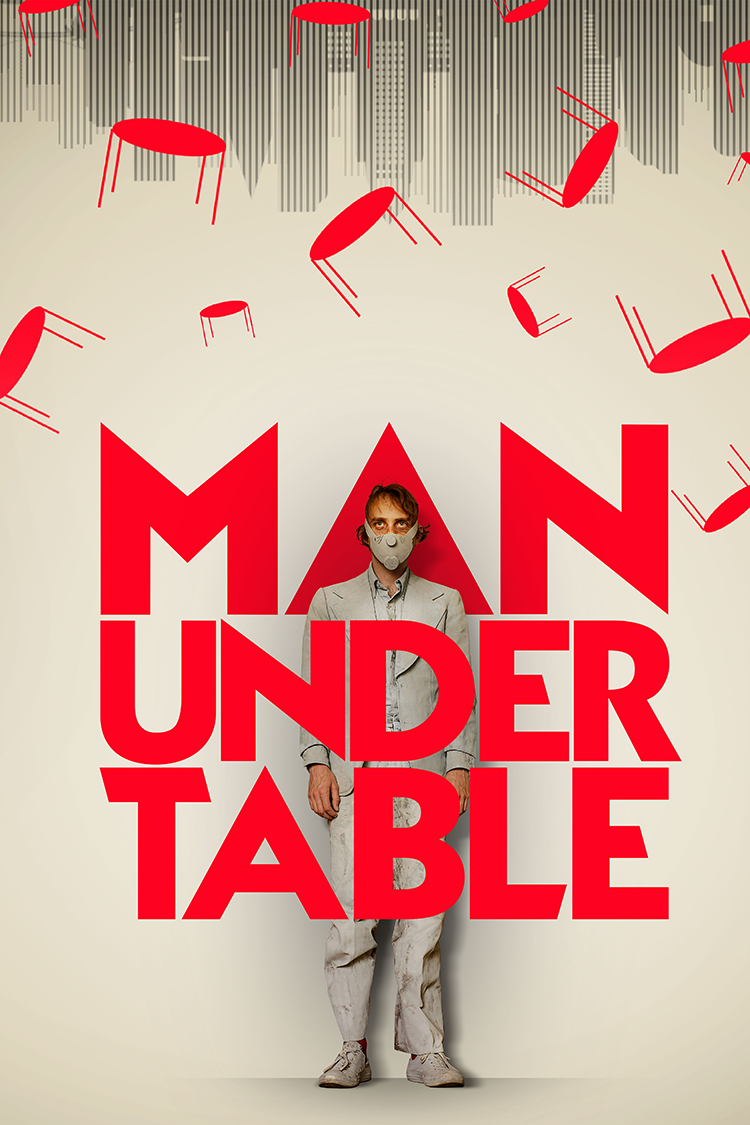 Written, directed and starring Noel David Taylor, Man Under Table is a surreal comedy about getting a film script off the ground in a dystopian Los Angeles.

Due to be released this August on the Arrow streaming service we have an exclusive teaser clip of the movie which sees Noel David Taylor desperately trying to talk about his movie with… himself!

Check it out here…

Taylor stars as Guy in Man Under Table, a beleaguered, hilariously obnoxious scriptwriter who is writing a movie, or so he claims, in bars, parties, pretty much wherever he can.

Guy eventually stumbles into the path of Indie darling Jill Custard and her lackey Ben who endlessly accosts him and pulls him into projects that are not his own. Frazzled and frustrated, Guy decides to join forces with a washed up never-been Gerald, and the duo plan to write what could be the dumbest movie ever made.

Man Under Table is said to push a spotlight onto the endlessly bizarre world of the Hollywood movie industry where things are never easy, dreams are crushed, content is king, and you’ll need to wear a gasmask to cope with the unnamed toxins in the polluted green air…

Man Under Table will be streaming on Arrow on 2 August.