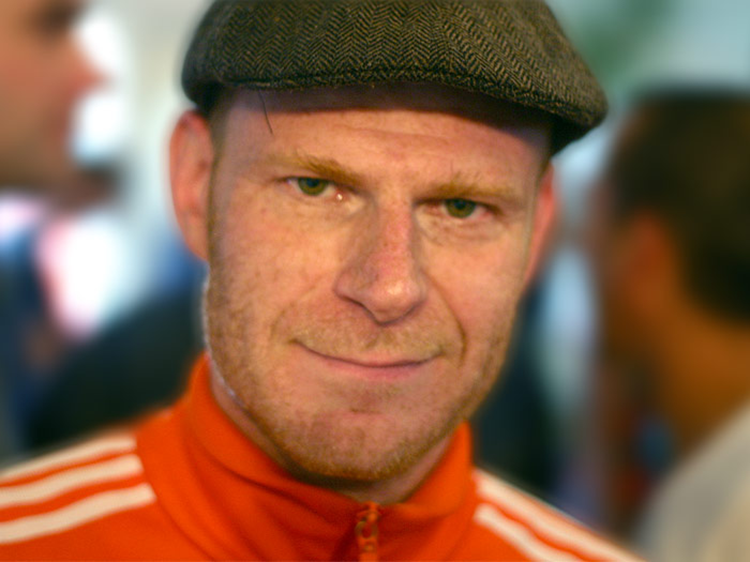 Go to Tom Holkenborg’s discography (go on, we’ll wait…) and you’ll find a treasure trove of genre scores created by the musician. From Deadpool and Mad Max: Fury Road to Zack Snyder’s Batman Vs Superman and more recently, Justice League, Holkenborg certainly has a way of capturing everything we love about genre.

We spoke to Holkenborg (also known as Junkie XL – yes, he of A Little Less Conversation Remix fame) about waking up at 4am and why you don’t need to be proficient in musical instruments to create truly great music…

How does the process start for you for creating film scores?

It totally depends. Sometimes you get involved really early in the process at the script level, like it was with Army Of The Dead, and then you don’t even know what the picture is going to look like. There’s always an element of surprise for me and for the director to start writing themes, melodies and complete pieces of music while you’re reading a script.

I’m doing the same thing with George Miller right now. We’re working on a smaller, alternative, movie, 3000 Years Of Longing, and I wrote the two major themes based on the scripts and conversations with him, and so it’s a very fresh approach.

The other side of the spectrum is the ‘rescue’ score where you get a phone call and people say: “We had to let this composer go, you have four weeks, do you want to do it?” and it’s like: “Sure let’s do it!” That’s not a healthy habit, but it is exhilarating to do one of those every now and then because it’s really intense, so it’s kind of great because of it.

The music-making process, or writing process is different every time. The reason why I call myself a ‘full contact’ composer is not only because I play a bunch of instruments, but I also am in control of almost every step of the process, including engineering, mixing and orchestration.

Sometimes, a film score starts with an idea for a sound, and that means that the start of the process is doing sound design. So for Army Of The Dead I had this idea for these soft, haunting vocals, and I had an idea for a certain type of piano sound, which meant that, in that case, I had to make the piano sound first before I can write something because I need that inspiration of that sound to then come up with what I want to do.

Mad Max clearly started with percussion because the first thing I saw was those idiots on the back of a truck just hammering away! Then the second shot I saw was that crazy guitar player in front of it and so it’s like ‘okay well let’s just start with that!’.

It really depends. There are also movies like Sonic The Hedgehog, where you really sit behind the piano, and you just try to figure out a melody for this blue little furry animal. There’s no one-way street for me.

What is the best time for you to be creative?

4am is my starting time! Usually, I get up around 3am and I make a couple of coffees and check my email, and then I can technically work for five hours completely undisturbed. For me this is a great window to be creative – I switched somewhere in the early 2000s and that way I could pretend I had a social life at night!

When creating film scores, what elements of the movie do you hone in on?

To give you an example, when I wrote the theme for Alita, there are two parts of the story – the first part is her waking up and eventually being unhappy in the body that she is in. Then, secondly, is her getting the Berserker body. One of the things that that stayed with her throughout the story is that she wanted to do something so incredible and she wanted something so bad, but by the time she got there, it just didn’t happen. That is a great analysis for a melody.

Another example from Alita was, since she was the only CGI creator character and the rest were actually real actors with real faces, it was important that her music was 100%, organic, which means acoustic instruments. If you read the script, you would think ‘oh, let’s do something cool, electronic because it fits this dystopian world’. But when you see the movie, as a viewer you would back off from the screen instead of leaning in because you want to root for her. You want to feel for her, you want to support her. Electronic music is not going to do that for that movie.

What element did you focus on when creating the Justice League score?

That’s a mix. There are big action sequences where it turns a little bit more into a third person spectacle. But then, when The Flash is doing his heroic act, the music becomes really emotional and people really feel for him, and the same with the story of Cyborg. What you could see when the movie came out is that people really resonated with the pieces of music in the film where there was a more subtle, longer emotional story being told. Of course people love the action music and action sequences but it was interesting that in Justice League so many fans gravitated to a longer conversation and longer set pieces regarding the history of certain characters. They loved that. It’s interesting because when we were working on it, it was like, ‘who’s going watch actually four and a half hours straight in a row?’ I love longer films by default. I also don’t understand why it’s such a big issue right now. Everybody’s binge watching at least two-three episodes of Game of Thrones if they had a chance in a row, so why not a movie that is three hours, four hours long?!

Is there a go-instrument you reach for at the early stages of creating music?

It changes. Sometimes it’s me just simply whistling or singing into my iPhone and just walking in a park or walking in my yard. Just thinking of a melody, and then while [I’m] walking and seeing all that great scenery of the countryside, [I] try to develop that melody without even sitting behind a piano, or any instrument for that matter.

The point is, I’m not a great piano player at all. In fact, I’m actually pretty bad! So, if you sit behind a piano, it’s very hard not to limit your fantasy with the ability that you’re able to play.

The greatest architects on the planet don’t need to be the greatest builders. There are specialists for that. It’s all about the architecture. Sometimes sitting with an instrument becomes a liability.

Is there any particular type of movie you enjoy working on most?

I would say in general, I love movies that have a character-driven aspect to it. [But even] if it’s just boom boom, clang clang, explosion, it could still be great. If it’s a massive spectacle like Godzilla Vs Kong (you could hardly call Godzilla Vs Kong a character-driven movie, unless you’re in love with the character of Godzilla…!) I love to do it.  I love the big spectacle of things.

I would also say that, in general, my music is not music that doesn’t want to be heard. Whether it’s soft or quiet, it’s always screaming for attention. Some directors like that and some directors hate that, because in my film scores, the music is like one of the extra characters!