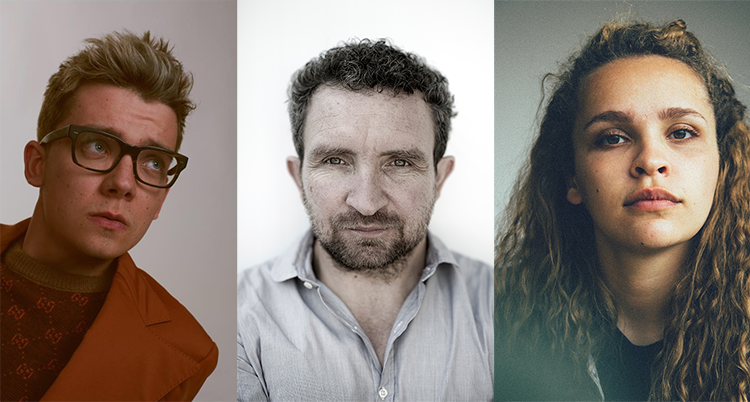 Here’s a high concept horror thriller to keep an eye out for! CURS>R, a dark twist on the Eighties gaming obsession, has recently wrapped principal photography in the UK.

The movie follows a broke college dropout (Iola Evans) who, in pursuit of an unclaimed $125,000 prize, decides to play an obscure, 1980s survival computer game. But the game curses her, and she’s faced with dangerous choices and reality-warping challenges.

After a series of unexpectedly terrifying moments, she realizes she’s no longer playing for the money, but for her life. The game locks her into an inescapable cycle of mind-bending horror. Stopping is not an option. It’s play or die!

“Toby is a visionary in the horror space with an innate genius for both original storytelling and the stark, eerie palates he creates on screen,” producer John Zois said.