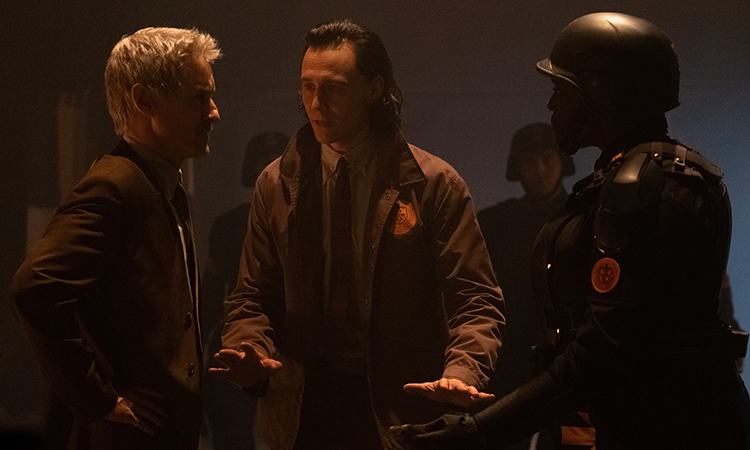 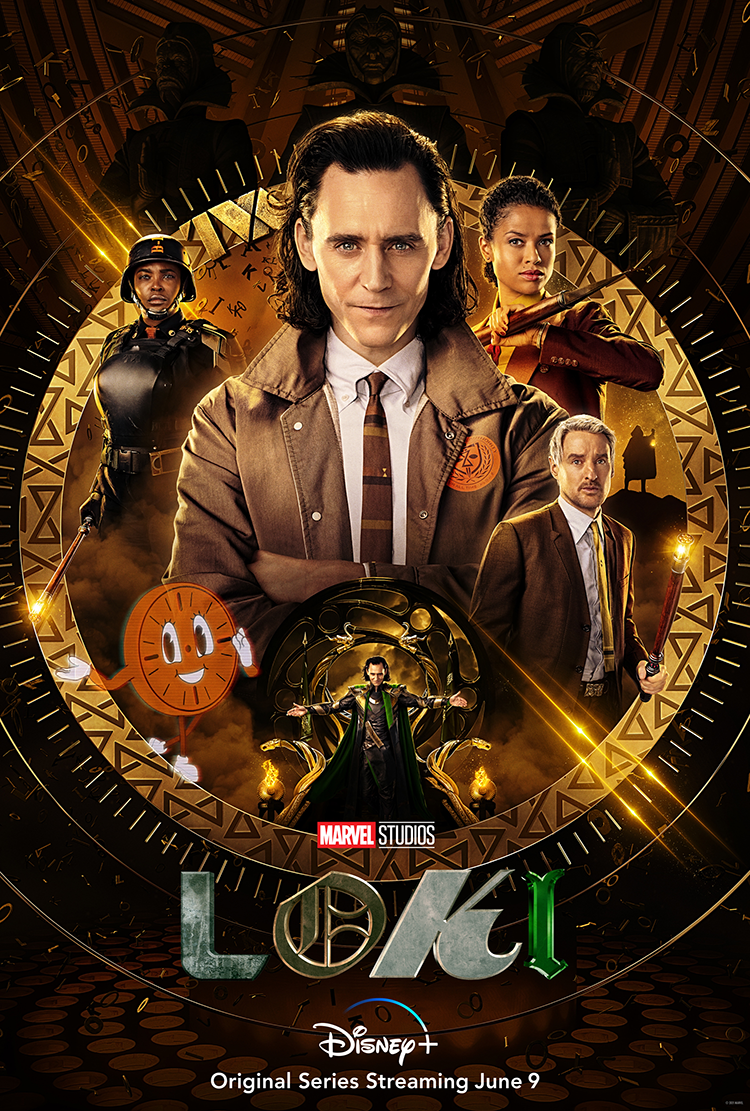 Remember that moment in Endgame where Cap, Iron Man, Ant-Man and The Hulk go back in time to the first Avengers film in an attempt to snatch the Tesseract? You know, that bit where Cap admires his very American ass… Well in case you weren’t paying attention, those guys somewhat bungled the plan and Loki ended up vanishing with said Tesseract.

Except he hasn’t vanished, he’s now appearing in his own Disney+ show all about… himself!

Coming off the back of the runaway success of the cerebral WandaVision and the poignant buddy-action-comedy of The Falcon And The Winter Soldier, Loki is landing on Disney+ this Wednesday as proof (if it was needed) that Marvel can continue to command our TV and silver screens.

The show picks up with Loki mid-Endgame-escape. Unfortunately, the marvellous god of mischief has just messed with the one thing he’s really not supposed to… the sacred timeline, and he soon finds himself captured by agents of the Time Variance Authority (the TVA) to be placed in front of a judge to answer for his time crimes.

If the TVA had known that Loki loves a chance to talk, they’d realise that giving him the opportunity to grandstand in front of a judge would be a terrible idea. Except the TVA do know. In fact, they know everything that has, is and will happen. Their job is to prevent people deviating from predetermined futures as laid out by a trio of omniscient lizard-looking gods in a sacred timeline (yeah, we know it sounds crazy but go with it). All this means is that Loki’s silver tongue and means of manipulation are powerless in front of the TVA and his fate is all but sealed. That is until renegade time-travel agent Mobius (Owen Wilson), requests to take Loki under his care in an effort to try and capture an even more deadly and elusive time-variant from destroying reality.

The setup and plot, removed from all its fourth dimensional, multiversal madness, borrows from classic thrillers like Silence Of The Lambs, where to catch a killer you have to think like a killer (or borrow one you have locked up somewhere), and it’s fun then to see something of Hopkin’s Hannibal performance in Tom Hiddleston’s Loki (he does play his dad, Odin, after all…).

Hiddleston is in full show-off mode yet again, effortlessly swinging between grandiose egomaniac and scared little boy with the intelligent comic timing that made us fall in love with him the very first time he donned the horns. Wilson too is on top form and is perfect casting, playing Mobius as a variation of Agent Phil Coulson in a new state of existential enlightenment. Seeing Wilson and Hiddleston go toe-to-toe in delicious dialogues of passive aggressive one-upmanship is a real delight. And it would appear that in Mobius and the TVA, Loki has finally met his intellectual match.

Although very much a two-hander, helmed by two of the most charming A-listers in existence, the supporting cast still have space to shine, with Wunmi Mosaku (Netflix’s horror, His House and HBO’s Lovecraft Country) as a particular stand out.

Praise also for Kasra Farahani’s production design as a pitch perfect blend of the cosmic insanity of Guardians Of The Galaxy, mixed with the anachronistic cool of Fox’s Legion. While not so much in the aesthetic, there’s a Terry Gilliam feel here too as the show bounces between Brazil’s exposure of the mundane bureaucracy of sci-fi worlds and the super zany, timey-wimey stuff of Time Bandits. Helmed by director Kate Herron, Disney and Marvel continues to lead the way in trusting new and emerging talent to bring a unique voice and vision of diversity in storytelling.

Even after the opening two episodes it’s plain to see that we are in for a darkly intelligent madcap adventure that carries all the humour of Thor: Ragnorak and Guardians, while delivering all of the mystical exposition that we saw in 2016’s Doctor Strange. Which is all rather handy, really, considering this is our set-up to 2022’s Doctor Strange And The Multiverse of Madness…