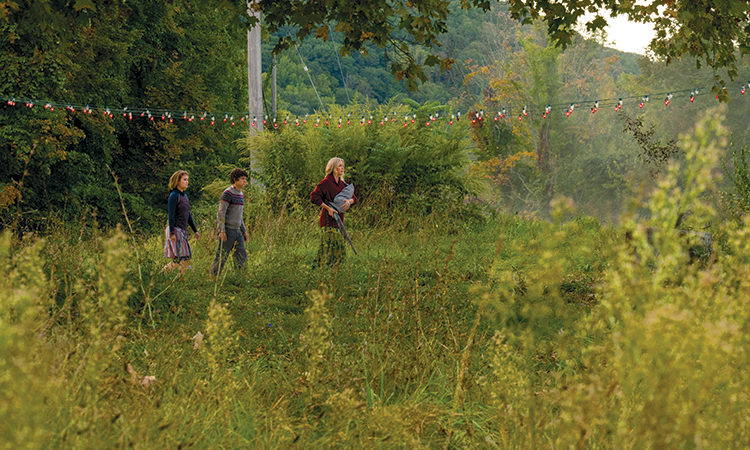 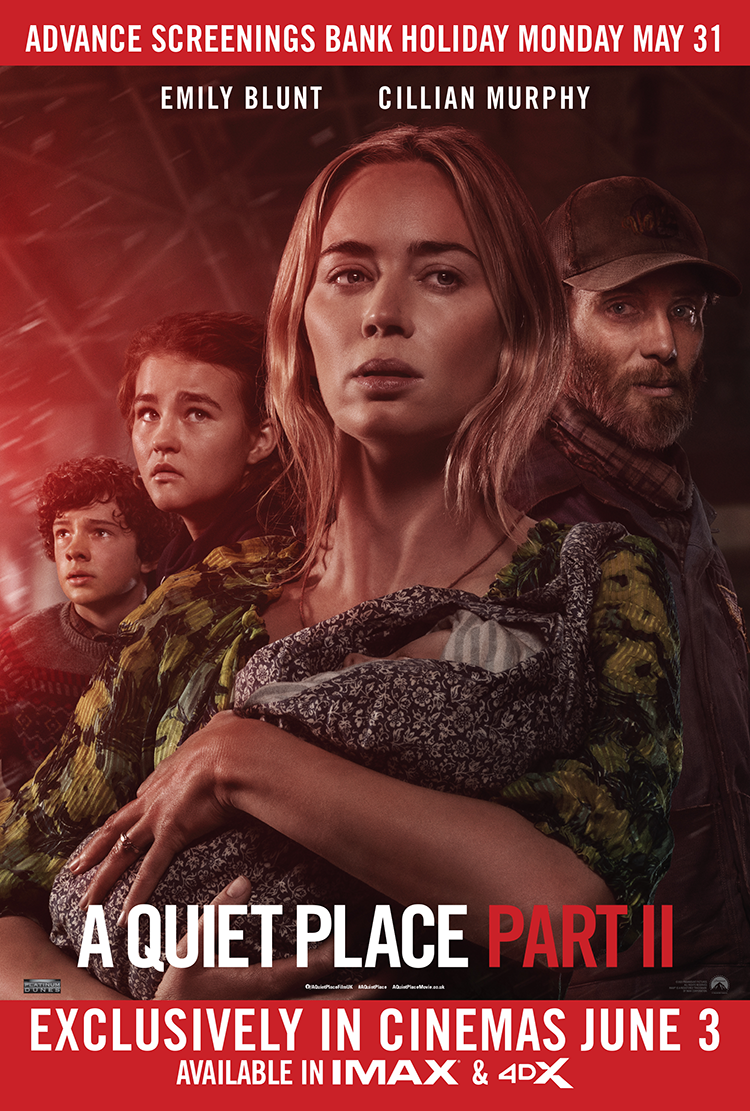 Set just moments after the ending of 2018’s A Quiet Place, the long awaited A Quiet Place Part II picks up exactly where the last film left us (warning: massive spoilers ahead if you haven’t watched A Quiet Place. Do yourself a favour and watch that before reading on… this is a sequel after all).

The Abbott family, or what remains of them following the demise of dad, Lee (John Krasinski) and little boy Beau (Cade Woodward), have successfully found a way to kill the terrifying invading alien monsters who hunt by sound, decimating anything they can hear. It turns out that daughter Regan’s (Millicent Simmonds) hearing aid can create a deafeningly deadly feedback loop that leaves the monsters vulnerable to conventional weapons (which left us blessed with that iconic ending shot of Emily Blunt cocking a shotgun in the first movie).

Feeling very alone and vulnerable in their no-longer-safe farmhouse home, mother Evelyn (Emily Blunt) gathers her three children; Regan, Marcus (Noah Jupe) and her new born baby and sets out into the wider world in search of shelter and other survivors. Conscious of the risks of reintroducing their isolated family into what’s left of society, once the Abbotts leave the farmhouse, they soon discover that the alien menace might not be the only threat they’ll have to face.

Seeing Evelyn leading two of her children while cradling a new-born baby and a shotgun is an instinctually powerful image, something this sequel is packed with. As well as looking cool AF, almost every shot remains emotionally relevant to the story. As we watch Evelyn Abbott’s bandaged bare foot cross from the silent sand paths of home onto the crunchy rocky path of the unknown, Krasinski (who also wrote and directed the movie) lets the shot linger just that little bit longer, holding the audience’s attention and their breaths until that foot resolutely steps down.

It’s not the first time the audiences will hold their breaths either. Kransinski doesn’t just expand the world in the sequel, he also changes up the threats, introducing fresh new horrors that are as stark and plainly brutal as those in the first movie. In A Quiet Place, the monsters were shadowy elusive entities but here they are on full display. This brings a new edge to the tension. Now that you can see the instrument of your destruction, the horror of the unknown moves away from questions of ‘what is hunting me?” and ‘how will it kill me?’ to a more primal terror, the inevitability of ‘when will it get me?’ and from the look of these efficient killers… it will be soon and won’t be pretty.

With a very minimalist script (the characters can’t talk much otherwise the monsters will… you know…), Krasinski displays an outrageous level of directorial confidence. Trusting the audience enough to spend more time on showing rather than telling, A Quiet Place Part II truly is a masterclass of visual story telling, made possible by its talented and committed cast. Despite sharing the screen with some top flight heavyweights like Emily Blunt and Cillian Murphy (as a strange newcomer), it is Millicent Simmonds’s Regan that really stands out. She showcases an incredible level of emotional sensitivity, fully embodying and translating the transition from childhood to adulthood that trauma can bring. With the original so focussed on the family unit, the addition of Murphy to the cast brings an enjoyably stressful new dynamic to the sequel. His presence and talent for playing with moral ambiguity while maintaining realistic motivations ratchets up the tension of every scene.

Although the alien monsters are not really a ‘divide and concur’ kind of threat, the Abbotts do get split up at various points throughout the movie and as a consequence we get to track three separate survival stories. All the characters have a clear objective in mind that depends on their survival. So in terms of tense horror sequels, AQPP2 is oddly reminiscent of Aliens in that it is very much a mission-style movie – one that leverages the heavy amounts of world building the original did to quickly set the stage for characters new and old to develop in an expanded universe.

AQPP2 is perhaps one of the most stressful and tense cinematic experiences you could ever endure but it is also one of the best ways to re-open cinemas. With incredible sound design and striking visuals, if you can get there, this is a film that rewards a theatrical viewing. So, grab the softest snack you can and prepare to be uncomfortably content shitting yourself in dark room full of strangers because this film serves as a reminder of how good it can be when you turn out the lights, put your phone away and share an experience with an audience.

A Quiet Place Part II is out in cinemas now. Read our interview with John Krasinski, and stars Emily Blunt  and Cillian Murphy here.

Close Encounters of the Fifth Kind Official Trailer
Stabilizing gassy electrolytes could make ultra-low temperature batteries safer
Will Elden Ring Be at E3 2021?
How The Conjuring: The Devil Made Me Do It Secretly Ties Into Annabelle
Marvel’s Loki Episode 1: MCU Easter Eggs and Reference Guide
E3 2021 Predictions: Big Announcements That Will Steal the Show