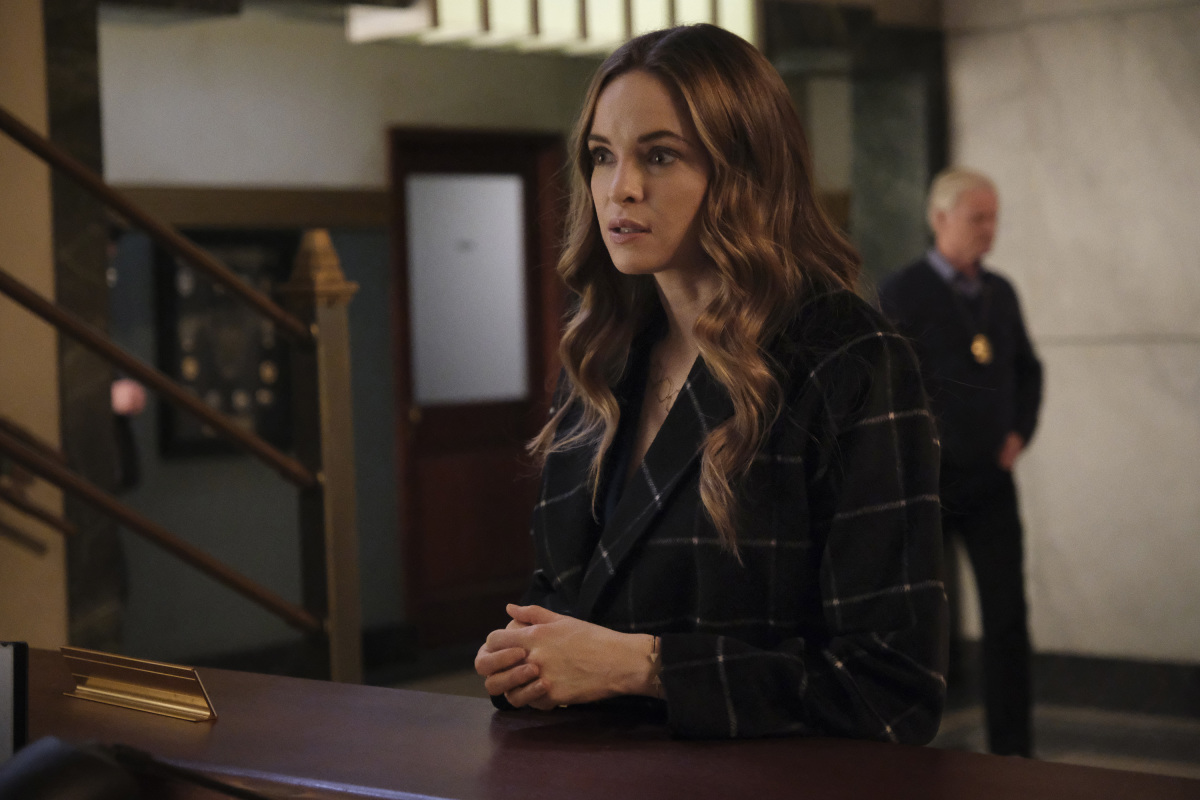 The following contains spoilers for The Flash through Season 7, Episode 8,

Going into an episode of The Flash with a name like “The People v. Killer Frost,” you know there are certain things, you, as a viewer, are just going to have to accept. The CWs’ Arrowverse, writ large, has next to zero understanding of the American legal system and The Flash is one of the franchise’s worst offenders when it comes to creating believable courtroom drama. Remember when Barry went on trial for a murder he didn’t commit but also just strolled out of the courtroom when he got a text message? Sigh.

Mix in the fact that Cecile is an objectively terrible lawyer, the cartoonishly Frost-obsessed Kristen Kramer who’s got a grudge people can see from space, and the deeply creepy idea that the Central City justice system can forcibly compel someone to take the meta-human cure against their will, and well. Even Judge Jerry is probably laughing at all this somewhere.

Thankfully, if you can force yourself to look past the fact that no one behind the scenes at the The Flash has ever even watched the most basic episode of Law and Order, “The People v. Killer Frost” actually gives us a story we’ve been waiting an awfully long time to see.

It’s no secret that The Flash has struggled for years when it comes to how to integrate Frost into its larger story. The show often couldn’t keep basic things like the origin of her powers or how they worked straight from episode to episode. And, as a result, Frost has been a mean roommate in Caitlin’s head, a pseudo-alternate personality, a being that could take over her body, and a villain capable of teaming up with Team Flash’s worst enemies.

In the wake of the long-overdue decision to split Frost and Caitlin into two separate people, The Flash has finally had an opportunity to explore Frost’s character in a way that not even last season’s bizarre attempt to establish her as her own person despite the fact that resided in someone else’s body managed. Sure, we saw more of Frost in Season 6 and she forged her own set of relationships with Caitlin’s friends and co-workers, but she still wasn’t an autonomous being in the same way as virtually any other character on the show.

And it’s only now, once Frost finally has a body of her own, actual agency of her own, and the capability to make her own decisions in ways that don’t impact Caitlin’s chance to do the same that The Flash can finally reckon with who she is as a character on her own terms. Far too much of Frost’s previous “redemption” arc was grounded in the fact that she was physically connected to Caitlin.

The show’s insistence that Frost was unlike any other meta in the history of The Flash, that she and Caitlin were connected in ways that confounded basic logic – it all seemed like nothing so much as an elaborate excuse to avoid reckoning with Caitlin’s dark side or explain her choices back in Season 3 and its aftermath. It was lazy storytelling that categorically refused to face up to the fact that Frost made some dangerously poor decisions. (Caitlin did too, but I guess The Flash still isn’t really ready to deal with that yet, though this episode makes a good start at explaining all the ways Frost being part of her has changed her.)

In “The People v. Killer Frost,” Frost is finally given the chance not just to admit to her past mistakes, but to acknowledge that part of healing, and of becoming a true hero, is paying for them. She says it herself, it’s the only way she’ll ever be able to move past the things she did, and the woman she used to be. And, at the end of the day, this is maybe the first time she’s actually ever said out loud that she wants the chance to do that. That, as the kids say, is growth.

Sure, Frost’s testimony about how she’s been changed by the experience of helping others is cheesy in the extreme, but it’s precisely the sort of cheese that The Flash is so darn good at. It’s a reminder that goodness is a choice, that kindness is an action, the doing good is an active state you must embrace repeatedly every day. It’s the first time that Frost’s journey has felt meaningful for its own sake and not in terms of how her story impacts Caitlin.

Frost’s decision to go to prison has nothing to do with her alter ego, and everything to do with herself. It’s the first time she’s ever really had this sort of agency over her own fate. And she chooses the path of atonement and restoration. Frost decides not just to acknowledge and pay for her crimes – probably more than is necessary, if we’re honest, as a punishment this is both cruel and unusual – but to protect others like herself in the process, especially those who might be harmed by the precedent of a metahuman cure being forced on anyone Central City considered a criminal.

Her choice is obviously devastating for Caitlin, who has spent years learning to stop fearing, then to accept, and finally to love her alter ego for her own sake, but it’s a powerful moment for Frost, who is allowed to stake a claim to her own identity in a way she’s never been given the chance to do before – from her love of her metahuman abilities to joy in her role on Team Flash.

Star Danielle Panabaker deserves no small amount of praise for selling the depth of both Caitlin’s anguish and Frost’s resilience, as well as showing us how they have each been irrevocably changed by the other. Given that this is a CW show, there’s little chance that Frost will serve anything close to her life without parole sentence in Iron Heights.

But whether Panabaker simply needs a break from playing two characters for a bit or the show wants to focus more on original Team Flash member Caitlin in light of the news that The Flash will soon write out both Carlos Valdes’ Cisco Ramon and Tom Cavanagh’s Harrison Wells remains to be seen.  It certainly might be well worth exploring how Caitlin sees herself in the rest of Season 7, after years of being varying degrees of connected to Frost. What does she want, now that her life is (mostly) her own again? We don’t know, and it’s been an awful long time since the show asked.

Either way, “The People v. Killer Frost” is a reminder that although The Flash clearly knows almost nothing about the letter of the law, it gets an awful lot right about its spirit and the different ways even the worst of us can embrace the cause of justice, peace, and hope. Hopefully, we’ll see Frost again sooner rather than later – if only because there’s no way they finally gave Caitlin an apartment set after all these years just to use it for something like three episodes. (Fingers crossed on that front, anyway.)