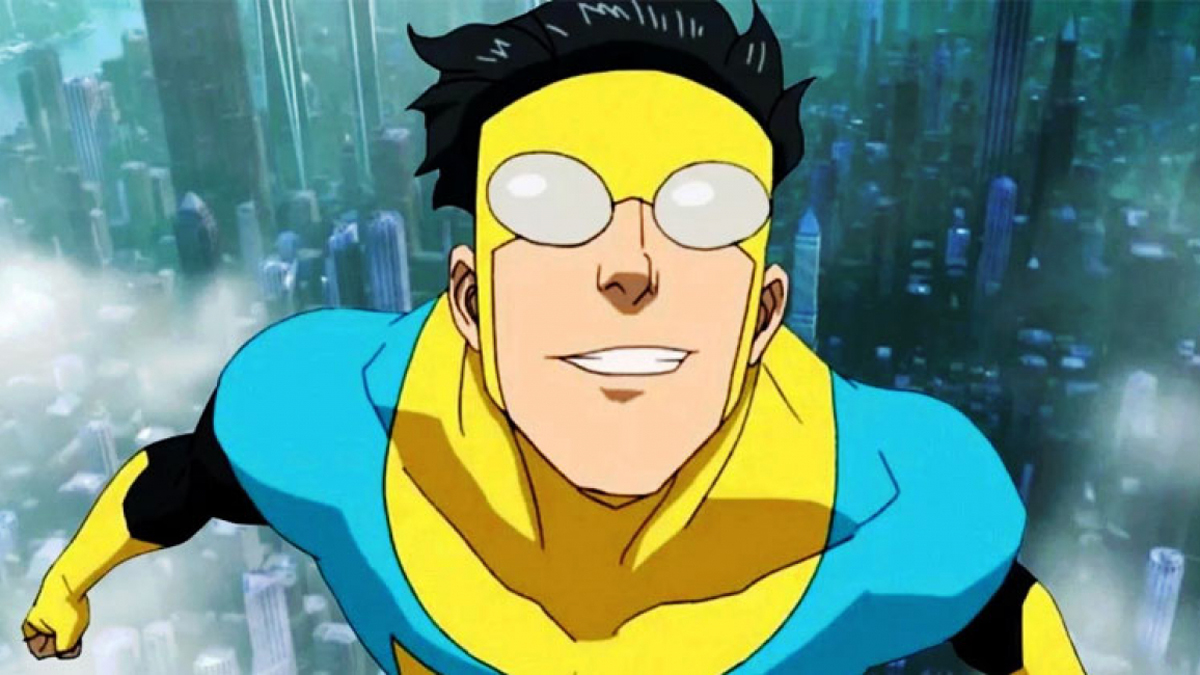 Hit superhero animated series Invincible closes out its first season with a clash of global proportions between Mark Grayson (Steven Yeun) and his dad, Omni Man/Nolan Grayson (J.K. Simmons), who reveals that his home planet of Viltrum is actually a world-enslaving evil empire and he’s one of their conquerors, sent to Earth to overthrow and indoctrinate.

The world looks on as Nolan puts a one-sided whooping on his son when Mark refuses to join his cause, and Debbie (Sandra Oh) is forced to question everything about her marriage to who she thought was a loving husband but turned out to be a murdering warlord. It’s an action-packed finale with many implications for the upcoming second season and beyond.

Let’s break down everything that went down in Invincible’s season 1 finale and what it might all mean for the future of the show.

Why did Nolan beat the crap out of Mark?

Foolishly, Nolan believes that Mark will pledge blind allegiance to Viltrum and help his father overthrow Earth, despite the fact that Nolan’s lived his entire life on the planet and all the people he loves live there, too. Nolan tries to explain to Mark that, as a Viltrumite, he will outlive his human friends and family by hundreds of years, and that it’s not worth getting attached to inferior beings. Unsurprisingly, Mark refuses to help Nolan on his mission and instead fights to stop him, to no avail.

On one hand, Nolan pulverizes Mark because he’s resisting Viltrum and its grand plans. But on the other, he’s trying to beat sense into his son and show him the insignificance of the human race by murdering hundreds of people on a whim and soaking Mark in their blood. It’s a truly twisted form of tough love that he learned from his wickedly Darwinian upbringing on Viltrum, and it clearly isn’t swaying Mark in his valiant stand for the planet he calls home.

Why did Nolan stop beating the crap out of Mark?

In the middle of Nolan’s shocking, brutal beatdown of his son, he’s stricken by a memory of one of Mark’s childhood softball games. Nolan was perturbed that he had to watch his son play a trivial game when he could be out doing more “important” superhero things, but when Debbie opens his eyes to the value of their son’s wide-eyed perspective on the world, he’s awakened to the beauty of humanity.

In the flashback, he’s holding Mark up to the sky after he hit a home run, his missing front baby teeth making the moment all the more wholesome. Then we’re violently snapped back to the present, where Mark is lying in a pool of his own blood, missing his teeth for an entirely different reason. When he asks Mark what he will have left in 500 years when everyone he loves is dead and gone, he replies, “I’d have you, dad.”

Nolan ultimately shows Mark mercy and abandons his post on Earth, shedding a tear as he breaks through the planet’s upper atmosphere. Against all logic, it seems that Nolan does have real feelings for Earth and its people after all, fight as he may to suppress them.

What is Cecil up to in the labs?

After fully recovering from the severe injuries sustained at the hands of his father, Mark is approached by Cecil who asks him whether he “still wants to be a hero or not.” With Omni-Man gone, the planet will need a new primary protector, and Cecil thinks Mark would be a fine replacement.

But Mark, still reeling from his clash with his father,  declines the offer for the time being. Meanwhile, Cecil gives Mark a glimpse of https://www.denofgeek.com/invincible/a secret Global Defense Agency lab running a host of scientifically advanced experiments, including an effort to resuscitate The Immortal after his seemingly fatal encounter with Omni-Man, which resulted in him being literally ripped in two.

Why would Debbie want Nolan to return?

Following the horrific revelations about Nolan and his past–his plan to conquer and enslave earth for the Viltrumites, the fact that he murdered the original Guardians of the Globe, his evisceration of Mark, his confession that he views Debbie as nothing more than a “pet”–it’s natural to wonder why, later in the episode, in a conversation with Art, she admits that she wishes he’d “come back.”

While the show may seem to center on Mark and Nolan’s relationship and eventual falling out, Debbie plays just as pivotal a role. She’s a beacon of hope and, most importantly, unconditional love. She knows now that Nolan is a liar and a murderer, but she’s holding out hope that the years of blissful marriage they shared and the family they built together weren’t an illusion or an inconsequential blip in Nolan’s lifetime. If Nolan ever returns, she could be the key to unlocking the humanity in him.

After a brief encounter with Mark back in episode 2  “Here Goes Nothing,” Coalition of Planets representative Allen the Alien (Seth Rogen) returns to Earth to warn Mark, ironically, that there is a Viltrumite in their midst. They take a load off on a couple of moon rocks to catch up: Mark brings Allen up to speed on the insanity that’s just transpired on Earth; Allen warns Mark of an impending war with the Viltrumites.

Allen represents the full scope of what’s to come in future seasons of the show. The books make up an absolutely sprawling intergalactic epic that folds in so many memorable characters from so many different places that it’s hard to keep track of all of them. Allen is a major character in the books, and to see his story play out in future seasons would be incredible, especially considering how faithful the show has been to the source material thus far.

At the tail end of the episode we’re shown glimpses of the trouble that’s brewing in different corners of the galaxy that Mark and his allies will inevitably confront in adventures to come.

The pink, tentacled parasites we saw taking over Mars when Mark went on that botched space mission back in episode 4 are shown to have all but completely overthrown the planet, attaching to several hosts, including one of the astronauts that was left behind. The sequids are all part of a hive mind bent on chaos and destruction and will no doubt pose a threat to Earth as intergalactic tensions rise.

The Mauler twins are back in their holding cells where we first met them. They were able to escape quite easily last time around, and judging from the confident smile they wear as they’re ushered into their new digs (by the same soldiers they beat up the first time), it’ll just be a matter of time before they break out and wreak havoc once again.

The Flaxans—the alien race from another dimension who clashed with the Teen Team and Invincible, and were ultimately vanquished in their own dimension by Nolan—are shown plotting another attack on Earth, with a picture of Nolan and Earth displayed on a monitor that is subsequently stabbed by a Flaxan leader with a knife. The last time the Flaxans saw Nolan, he essentially pancaked their entire civilization, dropping a mountain on one of their major cities. It goes without saying that they’re out for revenge.

Doc Seismic was felled by Atom Eve and Invincible back in episode 3, but in the ending montage he’s shown to be raising an army of volcanic monstrosities beneath the Earth’s surface. In the comics, these creatures are known as Magmanites, and if the character’s trajectory is in line with the books, he should be in for some drastic changes to his biological makeup.

We also see a glimpse of Titan, who’s taken his former boss Machine Head’s seat as the city’s top crime lord. He’s confronted by a metal-mouthed old man seemingly in control of a dragon spirit. In the comics, he’s known as Mister Liu, and he’s anything but a throwaway villain cameo.

The almighty Battle Beast is shown kicking ass on an alien space station somewhere in the galaxy, and when he meets Mark again our hero will hopefully be better prepared for the fight.

Finally, we see Cecil overlooking an army of Reanimen—cybernetically resurrected fallen soldiers—concocted by smarmy scientist DA Sinclair, who’s been under Cecil’s employ since the debacle at Upstate University. Cecil makes no bones about doing anything it takes to protect the planet, crossing ethical lines when necessary, and the Reanimen army looks to fall under the same moral grey area.