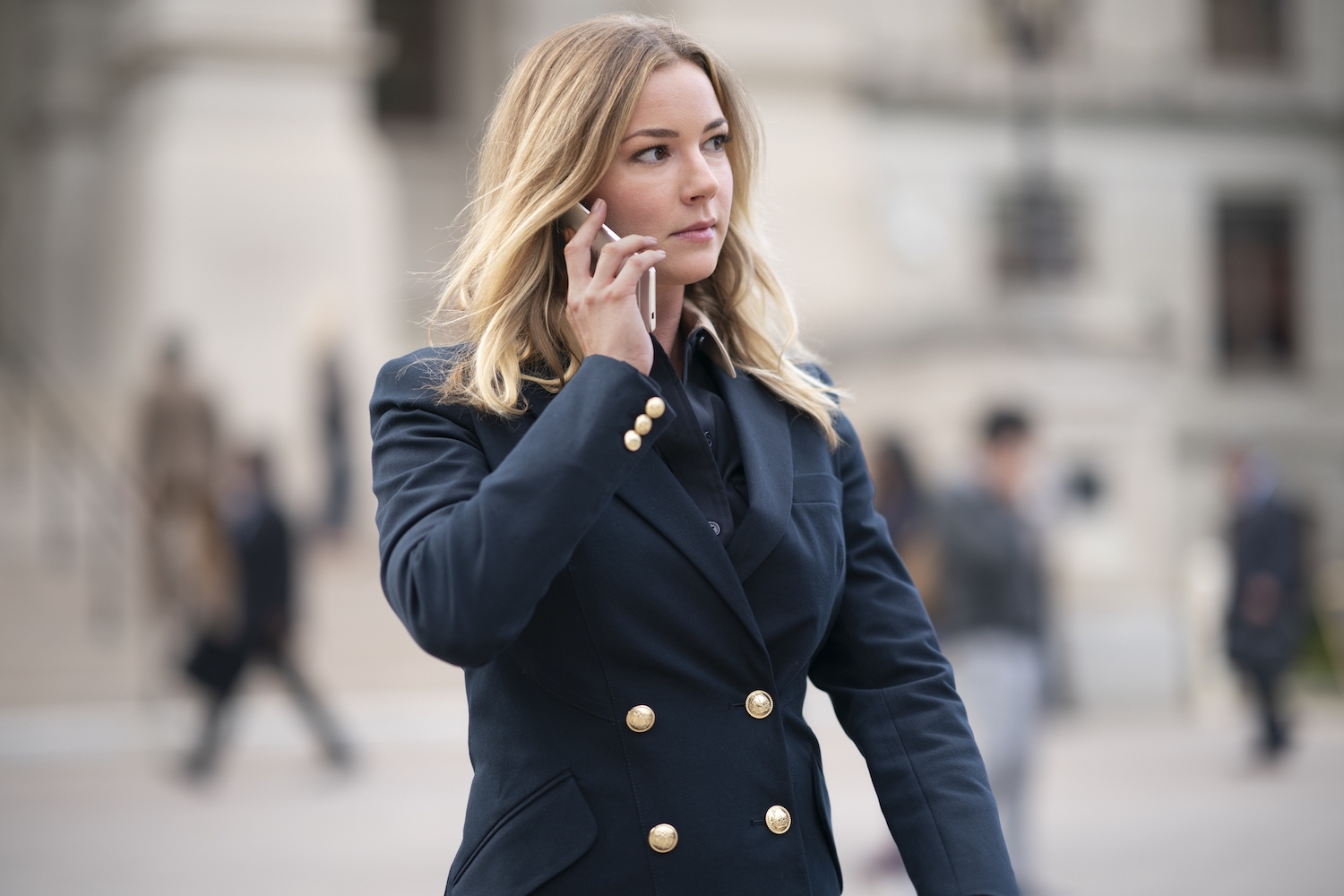 This article contains The Falcon and the Winter Soldier spoilers.

The Marvel Cinematic Universe giveth and the Marvel Cinematic Universe taketh away. The MCU proper’s first foray into scripted television resulted in the magical, near-perfect WandaVision, a thoughtful exploration of grief and trauma that finally elevated one of the franchise’s most oft-neglected characters. Its second is The Falcon and the Winter Soldier, a sadly ham-fisted origin story for Sam Wilson’s much-deserved turn as Captain America that stumbles over everything from its politics to the specifics of its basic character arcs.

As a whole, the series suffers from dreadfully uneven pacing, an overstuffed plot, and conflicting internal messages about propaganda, policing, and who deserves the chance to be considered a hero. But, hey, at least it finally gave one of the franchise’s most criminally underserved female characters a chance to shine, introducing an angry, bitter Sharon Carter hardened by terrible circumstances into a woman whose brutal new fighting style is only the first indication of all the ways she’s changed since her last appearance onscreen in Captain America: Civil War.

Until it…didn’t. Sadly, The Falcon and the Winter Soldier ultimately abandons any semblance of a real arc for Sharon in the name of a cheap twist that not only doesn’t make sense, it isn’t even particularly shocking. Many viewers predicted weeks ago that Sharon would likely turn out to be the mysterious Madripoor villain called the Power Broker, if only because the show was rapidly running out of time to introduce any other character that might somehow fill that role.

To be honest, the idea of Sharon Carter suddenly turning heel into an antiheroine (or possibly a supervillain depending on how big you think her evil empire is) actually works, for the most part. After all, she risked her life, reputation, and career for a man who left her to fend for herself for the better part of a decade while he traveled back in time to romance her dead great aunt and secured pardons for his far more murderous friends. She was abandoned by the very institutions she dedicated her life to serving and essentially forgotten by those who claimed to have her back.

It Is certainly understandable – perhaps even laudable – that she might have some very complicated feelings about all that. Revenge? Payback? Justice? Sharon is completely within her rights to want all those things. And her character is made all the more interesting by the fact that she now sees the world in complex shades of grey rather than the clearly delineated sense of right and wrong of her previous blonde All-American girl persona.

The problem is, The Falcon and the Winter Soldier does absolutely zero of the work that’s necessary to justify this twist, and the result is something that feels like just another moment in a long line of incidents in which the MCU refuses to grant its female characters anything that resembles real interiority. The show takes advantage of what we all understood Sharon’s previous identity to be for shock value, even as it asks its audience to do all the heavy lifting of figuring out for ourselves why she made any of the choices we saw onscreen.

To be clear, the idea of Sharon Carter as a pseudo villain of some type is pretty fascinating on paper. After all, how do you go from a perfect blonde SHIELD poster girl to a murderous kingpin of what is essentially criminal Pleasure Island? What does that kind of journey – emotional or otherwise – involve? What are the compromises you have to make? How do you justify those kinds of decisions to yourself – particularly if you, like Sharon, were previously a pretty upright, moral person? I have no idea, and apparently, The Falcon and the Winter Soldier doesn’t either.

That Sharon, of all people, would suddenly be okay with not only manufacturing but selling super-soldier serum is laughably bizarre, as is her decision to kill multiple people, including Flag Smasher ringleader Karli. (As is the fact that it occurs immediately after a conversation where both women acknowledge how similar their lives and origin stories are!) The show makes no effort to explain Sharon’s involvement with Batroc or why she would suddenly be okay with the Frenchman’s desire to kill Sam (which, let’s not forget is the one basic fact we know about his character) when she’s also the person who rescued her (ex) friend from Selby back in the series’ third episode.

Plus, the show’s awkward attempt to conceal this most obvious of twists made for some pretty gaping plot holes: Why did Sharon help Sam and Bucky track down the very scientist she was using to make super-soldier serum? What was her reason for fighting the Flag Smashers if she was already using them for her own nefarious ends? What, it bears asking, is the point of any of this?

It would be one thing if The Falcon and the Winter Soldier had fully leaned into Sharon’s journey to the dark side – maybe allowed us to spend more than 10 minutes with the character over the course of the season or treated this complex emotional shift that’s actually kind of understandable in a certain light as though it were anything other than a gotcha finale twist. But, it didn’t, because this seems to be the only thing that the MCU knows how to do with Sharon – use her to propel the narratives of characters other than her own.

We learn literally nothing about her rise to power in Madripoor, or the specifics of how her resentment toward the U.S. government crystallized into outright hatred of the sort that edges remarkably close to terrorism. Sure, she was once a SHIELD agent that believed in the values of the organization her Aunt Peggy founded, but that was a long time ago, and she’s been through a lifetime’s worth of betrayal and trauma since then.

Had The Falcon and the Winter Soldier shown us any of Sharon’s time trudging through life in the criminal underworld or underlined the ways she struggled to adjust to a post-Blip reality in which she had essentially lost everything for a second time, then her casual cruelty and determined self-interest might feel like a natural evolution of her character. She’s gone from being a part of a team to living a life on the run and only being able to count on herself to survive. It’s no wonder some of her solutions were questionable ones. The story there practically writes itself. Or, at least, it should.

Instead, The Falcon and the Winter Soldier counts on its viewers knowing – or caring – so little about Sharon as a character that they’ll mistake shock value for character development, and it refuses to commit to the twist in a way that feels earned or even necessarily permanent. (Let me put it to you this way: You would not believe how many people on the internet are already insisting that Sharon is a Skrull.)

Despite the story’s best efforts, however, there’s something mildly exciting about the prospect of a more morally gray Sharon, determined to punish the institutions that left her – and those like her, if we want to bring Blip politics into it – behind. But Marvel has shown us time and again that it’s incapable of treating this character with anything remotely like nuance so with her luck Sharon will be in a Raft cell next to Zemo’s by the end of Season 2.

Close Encounters of the Fifth Kind Official Trailer
New algorithm uses a hologram to control trapped ions
The Bad Batch: Episode Two Review
An uncrackable combination of invisible ink and artificial intelligence
Top Five Supernatural Detectives by Shadow Service author Cavan Scott
The Conjuring: The Devil Made Me Do It and the Perils of Taking on a Real Life Murder