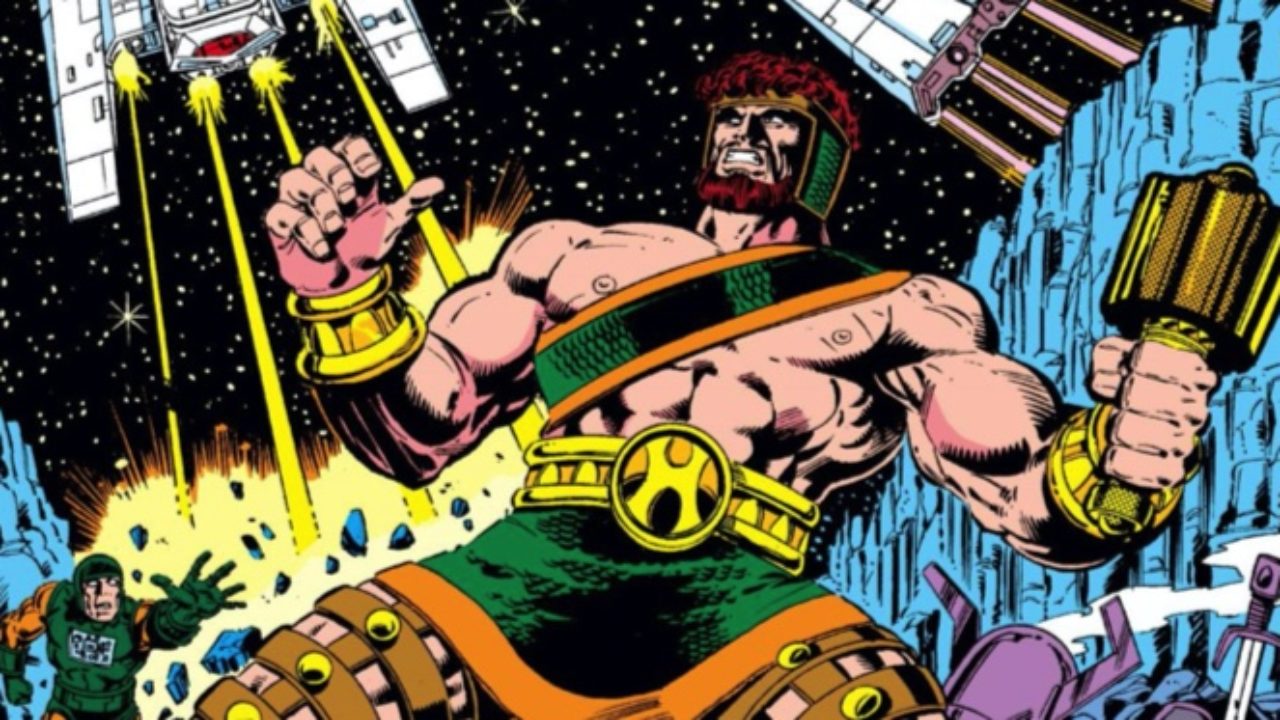 Crowe revealed in an interview to JOY Breakfast With the Murphys that “I’m gonna get on my bicycle. I’m gonna ride up to Disney Fox Studios, and around about 9:15 I shall be Zeus!”

He also notes that this is his last day of filming on Thor: Love and Thunder. “It’s my last day of Zeus-ing about and I’m going to enjoy it.”

Hopefully “Zeus-ing about” means he’ll be behaving poorly and getting his absolute ass handed to him by Hera, all with that trademark Taika Waititi wit and humor about it.

The introduction of the denizens of Mt. Olympus to the MCU is a pretty momentous occasion. Moviegoers right now probably associate the Greco-Roman pantheon with DC movies and heroes, with both Wonder Woman and Shazam proudly displaying their Olympian roots. But Zeus and his crew of gods and demigods played a pretty significant role in Marvel Comics, as well. And two Olympians in particular could play significant roles in the MCU down the line.

The first, of course, is Zeus’ big, strong son Hercules. The Marvel version of Hercules was created by Stan Lee and Jack Kirby in Thor’s Journey Into Mystery in 1965. He’s fought against and fought beside Thor, been a member of the Avengers, Defenders, Champions, West Coast Avengers, and more. He’s a fun-loving, hedonistic goofball and basically perfect for the tone of the MCU. He’s also a potential franchise headliner, so if Marvel decides to cast him, it’ll be a big deal.

If you want a taste of what Marvel’s Hercules is all about, check out Greg Pak and Fred Van Lente’s brilliant Incredible Hercules series. It’s a riot. Thank me later.

The internet is already going wild trying to cast Jon Gabrus as the MCU’s Herc, so keep that in mind with your fancasts.

On the other hand, wouldn’t it be hilarious if Henry Cavill once again played a son of Russell Crowe, and becomes more beloved playing a Marvel B-lister like Hercules than he ever did playing Superman?

But there’s also Zeus’ other son, the god of war, Ares. Marvel’s Ares was also created by Lee and Kirby for Thor comics, but the version likely the most relevant to the MCU is the one from the 2006 series by Michael Avon Oeming and Travel Foreman, which turned the character from insufferable jerk to insufferable jerk but an antihero.

This Ares became a member of the “Dark Avengers” team, in which a bunch of “reformed” villains took on relatively heroic missions and identities. Recent developments on The Falcon and the Winter Soldier seem to be hinting heavily at a Dark Avengers or Thunderbolts style team coming to the MCU, so introducing an Olympian like Ares after Crowe’s Zeus sure seems sensible.

Of course, as of this writing, there’s no confirmation that either Hercules or Ares are in this movie, but you don’t introduce Zeus if you’re not looking to play in the Olympian sandbox, right?