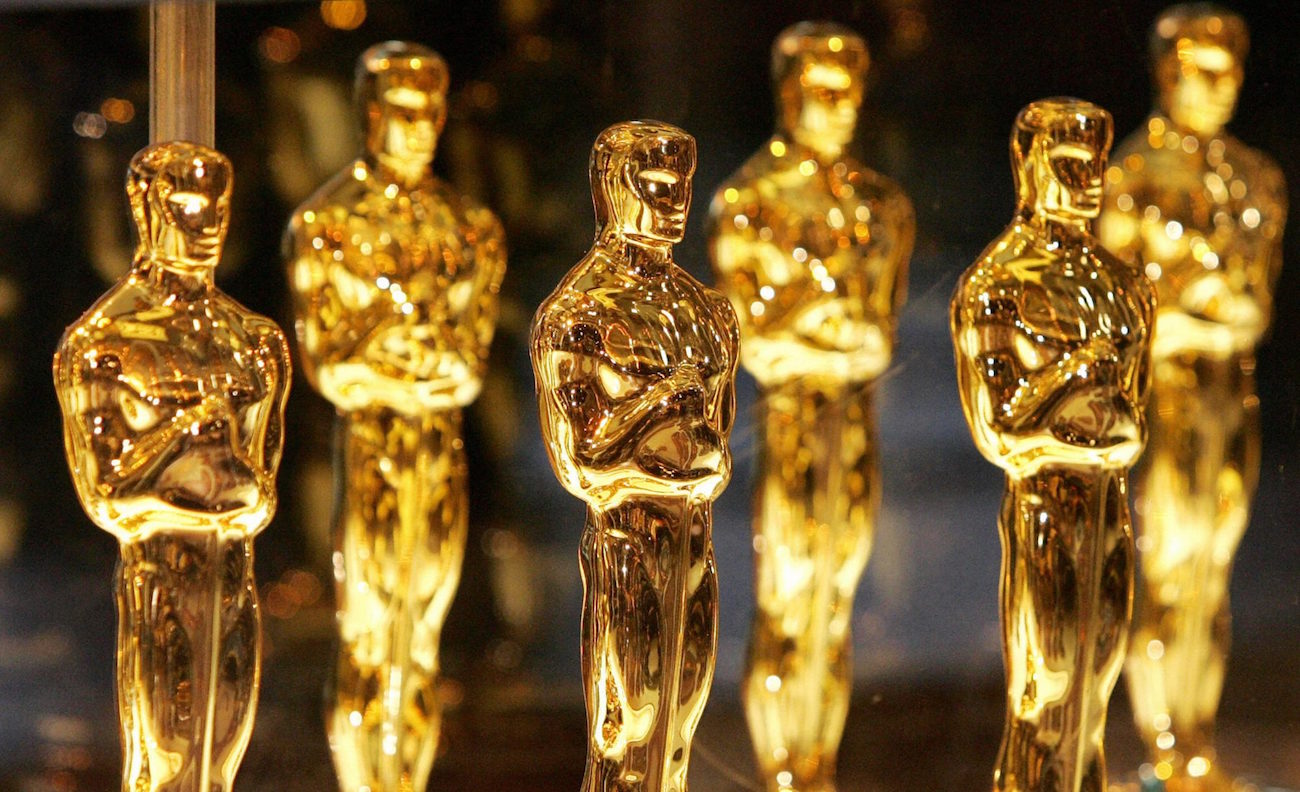 There was a time when folks wondered if there even would be an Oscars in 2021. It’s easy to forget this now. After all, 12 months suddenly feels like several lifetimes, and the anxiety which accompanied theaters going dark in March 2020 was replaced by abject schadenfreude when one studio tried to open a blockbuster six months later. But the state of the industry—from theatrical releases to streaming, to, yes, awards shows—was shrouded in uncertainty for what seemed like an eternity.

Apprehension even seemed to reach the Academy of Motion Picture Arts and Sciences when they announced last June that the next Oscars ceremony would be held on April 25, 2021—the latest calendar date ever for the show since they began broadcasting on television in 1953. Yet with theaters still closed and a second wave then imminent, some speculated… would the show really go on?

“There was a time when it looked like no films were being released at all, even on streaming, much less in theaters,” TCM host Dave Karger tells me when we sit down to discuss Oscar history, and the kind of history that’s now being made by the 93rd Annual Academy Awards. “I was worried that they were going to do away with the Oscars or just postpone it for even more months. And then, once I realized there was actually going to be a telecast and be a ceremony, my larger concern was that there weren’t going to be many movies at all that were eligible.”

It was a common concern. It also luckily turned out to be unfounded. In 2021, there were more films eligible for Oscar nominations than ever before, and Karger personally argues the year’s eight Best Picture nominees—including Nomadland, Promising Young Woman, and Mank—are as good or better than any lineup he can recall from the past decade.

All of which is worth keeping in mind ahead of Sunday night’s Oscar ceremony. Steven Soderbergh, the Oscar winning director of Contagion and Ocean’s 11, has even been making the rounds to remind audiences the night is as much a celebration for the movies that did come out and captivate during the COVID era as it is a chance to applaud award winners. “Joyous” is the word the Traffic director used to describe the tone of Sunday night. But then, he may be feeling the need to preempt the cynics who’ve already come out ahead of the Oscars with knives drawn.

Indeed, there’s been a growing wave of cynicism about this year’s nominees, perhaps most loudly articulated by Bill Maher, the iconoclast host of HBO’s Real Time with Bill Maher. Recently on that program, Maher criticized the Academy and industry for nominating only “downers,” taking special aim at spoiling Nomadland, Minari, and Promising Young Woman for potential audiences while noting their subject matters are too depressing to be popular with mainstream audiences.

Karger, who notes he’s a fan of Maher and would love to see him appear on TCM again, disagrees with this assessment.

“I think it’s very easy to cherry pick aspects of some of these films,” says Karger. “What’s hard about this year’s Oscars is that—and this happens a lot of the time, but particularly this year—the movies are on the sad side. You could even say somewhat depressing, although I think they’re also uplifting. But if you just hear the subject matter of some of the nominated films—a woman who loses her baby in childbirth; a man suffering with dementia; a young man who loses his hearing suddenly and catastrophically; a woman who loses her job and is forced to live in her van—I can imagine that to a casual moviegoer it would make them want to tear their hair out.”

He continues, “But I think if you actually watch the movies, there’s a lot more to them than just the initial description. The fact of the matter is these films did provide a lot of us with some happiness and some escapism during a time when we largely were sitting at home. So if the Oscars can feel even more celebratory and joyful than they already usually do, I think they’re serving their purpose.”

As for the point of there not being any “popular” movies nominated for Best Picture, Karger is quick to point out that these movies didn’t come out in a vacuum; there were still action movies on Netflix, Kaiju flicks on HBO Max, and Coming 2 America on Amazon. He also reminds us that Hollywood studios were delaying films intended to have populist and prestige crossover appeal—movies like Dune or Steven Spielberg’s West Side Story remake—out of 2020.

Says Karger, “If there are some people decrying the fact that no blockbusters were nominated at the Oscars this year, I would just say, well, there weren’t that many to choose from. There wasn’t a Black Panther or a Once Upon a Time in Hollywood or Lord of the Rings or an Avatar to anoint.” Not that he necessarily minds. As he’s quick to also say, “I don’t think you can look at a single Best Picture nominee this year and say that it doesn’t deserve to be there.”

Oscars, and the type of movies nominated for them, are things Karger has long been passionate about. A self-described lifelong “Oscar nerd,” Karger was studying the intricacies of the races and changing Academy dynamics well before becoming the Academy’s official red carpet greeter in 2012 and 2013, where he acted as the red carpet’s first welcoming voice (with a microphone) to nominees and presenters. Since then he’s become a Turner Classic Movies host, appearing on the cable network as presenter and historian to recount Hollywood days gone by, including during the network’s annual 31 Days of Oscar.

Perhaps unsurprisingly then, 31 Days of Oscar is Karger’s favorite recurring series on TCM, and one that’s allowed him to appreciate parallels between the Oscars during COVID and previous ceremonies held in times of crisis.

“I do think there are some parallels [with the World War II years],” Karger says, “where there were similar discussions had. ‘Should there be a ceremony? And if we have one, what should be different about it? What are the optics of having an Oscar ceremony at all in a time of crisis?’ Of course the difference is that in 1942, the question was more what does it look like and what does it feel like for us to be having this celebratory event? Whereas in 2021, the question is, is it physically safe to have this event?”

Still, the solutions remain strikingly familiar. As Karger adds, “I think the fact that you’re seeing the ceremony be completely reinvented and rethought definitely reminds me of what did happen in 1942 where the Oscar ceremony was scaled down and formal dress was discouraged, and it wasn’t the show it normally was. It was a quieter affair.”

As for the actual awards themselves, Karger is thrilled two of his favorite movies of the year, Sound of Metal and The Father, were able to be the “surprise” nominees for Best Picture. Although, much like everyone else, he thinks it’s improbable anything stops Nomadland from winning Best Picture.

“I think there’s a slight chance that something like Minari or The Trial of the Chicago 7 could win,” Karger says, “but the operative word there is slight. I don’t see Nomadland losing. I think it’s going to do very well with multiple awards, including Best Picture and Director.”

The Best Actress category, however, has never seemed more open in all Karger’s years of Oscar-watching.

“I was trying to think about [a time] where you had four different people who won the Critics Choice, the Golden Globe, the BAFTA, and the SAG Award,” Karger considers, referring to how each of the major proceeding awards have gone, respectively, to Carey Mulligan, Andra Day, Frances McDormand, and Viola Davis. “I don’t know if that’s ever happened before.”

With that said, Karger suspects the SAG and BAFTA winners are the best indicators for the Oscars, as they’re the only ones with a significant number of voting members also in the Academy.

“A few weeks ago, I was more bullish on Carey Mulligan’s chances for Best Actress,” he says. “Now I feel like it’s more between Viola Davis and Frances McDormand, with Carey Mulligan as a possible Adrian Brody-style spoiler.”

Meanwhile Karger has 31 Days of Oscar at TCM to get him through the anticipation of Sunday night, and well past it. Usually held in the month of February (and part of March), the TCM series is now spread across the whole of April. It’s an exciting time for hosts like Karger, as it’s an opportunity to widen the tent a little with what plays on the network. Their “bread and butter” remains Hollywood’s Golden Age from the 1930s through the 1960s, but 31 Days of Oscar allows them to also show movies from as recently as a few years ago, as seen with Carol (2015) or Nebraska (2013). Yet it still leaves room for Singin’ in the Rain to play on Sunday night at 6pm EST, ahead of the Oscar telecast for those so inclined.

Traditionally, 31 Days of Oscar has also been a time where the network could get highly creative with its programming, such as when each Oscar nominated film TCM aired shared an actor with the film proceeding it on the line-up. “It’s a whole Six Degrees of Kevin Bacon game for a month,” Karger laughs. But in 2021? The layout is clean and to the point: the movies are being aired in alphabetical order.

“This year, it’s probably as simple as you can get, alphabetical,” Karger explains. “Because why not? The world is very complex right now. So why shouldn’t there be one thing that’s easy? And that’s 31 Days of Oscar.” Still, he adds with a chuckle, the programmers managed to ensure that Easter Parade played on Easter.

“It was the primetime spot on Easter Sunday at eight o’clock,” Karger points out. “So my hat is off to them, as it always is.”

After a year like 2020, that also is probably worth a standing ovation.