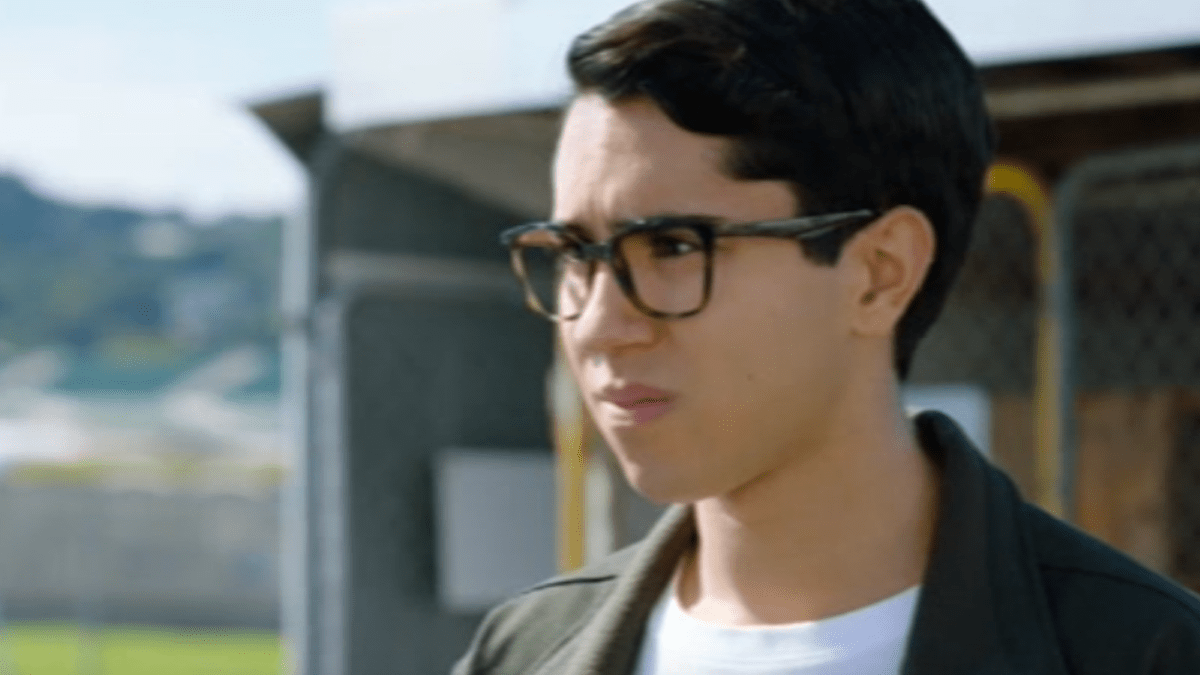 Power Rangers for the last six years has featured many plot lines revolving around the Rangers’ parents. It makes sense for the show to tackle the ways teenagers relate to their parents. Not only is it a great source of conflict for stories but also it’s especially relatable to the kid audience. For many children relationships with their parents are the most important things in their lives. Seeing superheroes they look up to having similar relationships can mean a lot.

Unfortunately Beast Morphers really missed the mark with its depiction of Nate and his parents. I do appreciate the show has done a lot of set-up not just about them but Nate wishing they were around more. We got that as recently as ‘The Greater Good.’ We know that they were hardly around when Nate was growing up and that was the biggest reason why he wanted a brother.

On the surface the episode seems like it was setting up a very nuanced take on Nate’s feelings towards his parents. When they first show up he’s excited to see them and is even elated they ask him to come with them on their next trip which will last for years. I can believe Nate would want to stay with his parents despite them pretty much abandoning him. He’s still a young teen and just wants the love and attention he’s never gotten.

The problem is that at virtually no point in the episode do we ever see Nate express much resentment toward them. This was crucial to make this plot work.  For all the fanfare the episode makes about how great they are, Nate’s parents abandoned their child. They went around the world to help other people but couldn’t even help their own kid? That’s a major failing on their part and no amount of “it was a hard decision” cuts it.

Yet every part of this episode frames the decision of Nate’s parents as the right one. Them leaving THEIR CHILD is compared to how Nate wants to stay and help the Ranger team and not go with his parents. That’s a gigantic false equivalence. Nate, a teenager, is deciding to stay behind and save the world. His parents mostly abandoned a child. No matter how noble they make it out to be, it’s still wrong.

If the episode had given Nate some resentment this could have been an incredible story. It could have shown, as we saw with Ravi and Commander Shaw earlier in the season, that parents need to take responsibility for the negative impact they’ve had on their kids. It could have taken it even further than that Ravi plot and shown how abandonment can harm someone over a large span of time. ‘Golden Opportunities’ doesn’t do any of that and the entire ending scene is a total misfire.

Having Nate feel like he’s the one who was in the wrong is deeply disturbing. His parents never consider that maybe the child they brought into this world should be given more attention. It’s either do what they want or hardly see them. No middle ground.

Relationships like this exist in real life, with parents putting the burden on their children for their poor choices. If Beast Morphers were going to explore that I’d applaud them for it but the episode doesn’t do that. Nate’s conflict is about choosing between the parents he’s always desperately wanted attention from and his friends who genuinely care about him. That could have worked but you needed to be frank with what their traveling has done to Nate and how they were in the wrong for it. They can have excuses and I’m sure the work they’re doing is noble (although it sort of sounded like voluntourism) but they have to at least take responsibility for the damage they’ve caused to Nate or have Nate call them out on it. Nether is done and the episode as a whole suffers.

There are a few bright spots though. I have never felt more for Nate and Zoey and the scene in the lab where Nate tells her, “you’re worth waiting for” is one of the most romantic scenes this show has had in awhile. You see the pain Zoey is going through but she shoves it down to support him. Both actors sell it and make the emotions feel heartfelt and real.

Steel, as always, is a treat. Him wanting to treat Nate’s parents like his own was cute and their somewhat baffled reactions sold it. The ending where his mom kisses him on the cheek and he says, “our mom is awesome!” was silly and sweet.

The rest of the episode though reminds me that Power Rangers still has a lot of work to do when it comes to how it portrays parent and child relationships. Sometimes it gets it right but more often it struggles. I hope the TV franchise can figure it out soon because these are some of the important lessons it can impart to its kid audience.