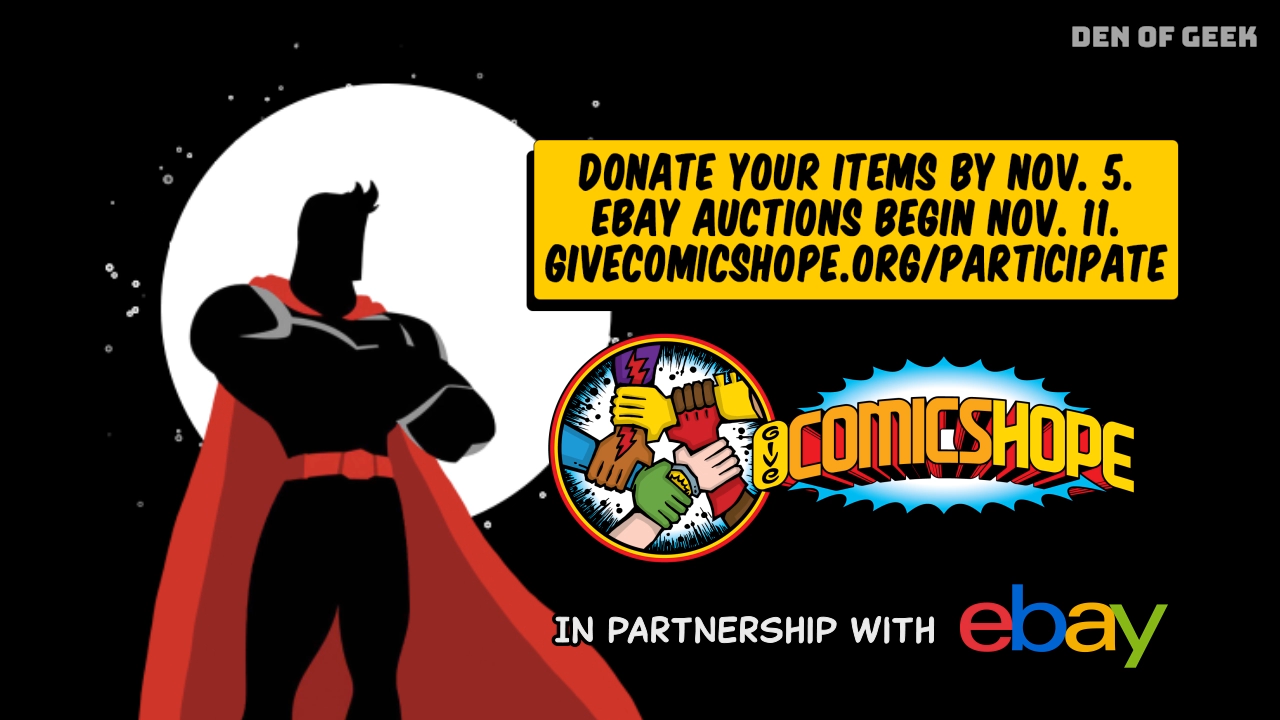 This article is presented by:

Often I tell my friends that if the 15 year old version of myself could know about the Marvel Cinematic Universe or that there have been three Archie-inspired TV series or that Watchmen was given a television sequel that enhances/surpasses(?) the graphic novel his head would explode. You see, I remember when comic book culture was frowned upon, considered the domain of outcasts who could never function in “normal” society. Now it dominates all.

This isn’t me being the human equivalent of the “old man yells at a cloud meme” either, just stating a fact based on personal experience…one that doubtlessly feels familiar to many of you reading this right now. As someone who had to bend over backwards to say find a bootleg VHS of Akira at a small convention tucked away in the bowels of a dingy Holiday Inn or spend hours wondering if my local PBS affiliate would ever air The Hitchhiker’s Guide to the Galaxy series, I have nothing but appreciation for the seismic shift that occurred, resulting in our current on-demand world.

Despite these huge societal transformations, comic book stores have always been there for me. I first started going to them when I was eight, in search of three-for-a-dollar Jughead comics (some things never change) and now I frequent them to catch up not only on a jaw-dropping array of titles, but collectibles that my tween counterpart could only dream of. They are safe havens from the outside world, and they are in serious trouble.

As a result of Covid-19, comic book stores are struggling to survive. Even as many brick-and-mortar stores pivot to online sales, factors such as paying rent and employees mean that many retailers are just barely hanging on. Enter Give Comics Hope. Created by Bill Schanes — co-founder of Pacific Comics and an employee of Diamond Comics for 28 years — the initiative “calls on all members of our community to rally together to provide vital aid to comic book shops.”

To do so, Schanes has partnered with eBay and famed comics seller Jesse James Comics to raise money for stores in need. But they need your help. From now through Nov. 5, they’re calling on comics fans to donate items from their collection which will then be auctioned off on eBay, with the proceeds going to help comic stores in need. Jesse James will kick off the Give Comics Hope auctions on Nov. 11, so if you don’t want to donate and instead are looking for new pieces to acquire for your collection, the price of your purchases will go to this good cause.

“I’ve been retired for a few years now. I was traveling in Europe and as the pandemic hit, I was in Italy which was one of the first countries that got hit by the pandemic wave,” Schanes tells us. “As I was traveling back I was thinking about what I can do to help out. I can’t create a vaccine, but I do have a great contact list, which is pretty rich from my 50 years of contacts.”

It was here that the idea for Give Comics Hope was born.

“I came up with the idea of putting together a fundraising program or a charity drive to focus on the comic book stores,” Schanes says. “The comic book stores are the lifeblood of the community. They’re like a library or a bookstore. These are places where people can shop, they can feel good about themselves, they can feel safe, they can feel comfortable. The store owners and managers and clerks behind the registers are super knowledgeable. They’re engaging. They can be great comrades in what your focus points are, suggesting new things for you to buy and read and enjoy. I really felt like if we can get these stores some assistance, they might weather this pandemic storm for a longer period of time than without a program like this.”

So how can you get involved in assisting these businesses? Donate your items before Nov. 5, give money directly to BINC who are distributing financial aid to comics shops, or bid on the eBay auctions when they begin on Nov. 11.

“I felt it to be a difficult time to ask consumers and retailers and publishers and artists to donate cash right in the heart of the pandemic,” Schanes says. “But one thing I did know is that every part of the community of comics — the consumers, retailers, publishers, creators — all own a lot of stuff. So it’s easier to give away stuff than money because you already paid for this stuff.”

And that’s where their partnership with eBay comes in.

“We summed up the idea with The Drive For Five, where we ask each member of the community of comics to donate five or more items that have a perceived value of $100 or more,” Schanes says. “So it’s not an insignificant donation we’re requesting. Yes, we’ll take less than five items but we’re trying to make it so it’s got some teeth to it. And they can make those donations by donating five items. On our website there’s a donation button.”

Give Comics Hope’s eBay partner Jesse James will begin auctioning off items on Nov. 11, and he’s uniquely suited to the task. Since 2009 he’s been providing Glendale, Arizona with their fandom needs through his shop, Jesse James Comics. Throughout the pandemic he’s been doing live shows and further boosting his already robust eBay presence. “We have 42,000 feedback, we’ve never had a neutral or negative,” James tells us. Additionally, eBay will waive Jesse’s usual seller fees in order to ensure that all of the proceeds will go to BINC.

While Jesse does mention “key” issues of comics from the last few decades as possibilities, such as a New Mutants #87 (the first full appearance of Cable) or New Mutants #98 (the first appearance of Deadpool) as potential big draws, the call for items is still broad enough to accommodate everyone’s tastes.

You can watch the full panel with Bill and Jesse here:

With proceeds from the auctions going to support comic stores worldwide, Give Comics Hope allows you to dive deep into your collection to unload some items and help at the same time. This pandemic has already taken so much from us, that even one closed comic store feels like a massive loss. So, if you can, Give Comics Hope, if for no other reason than to show your appreciation for all of the hope comics has given you during these scary and uncertain times.