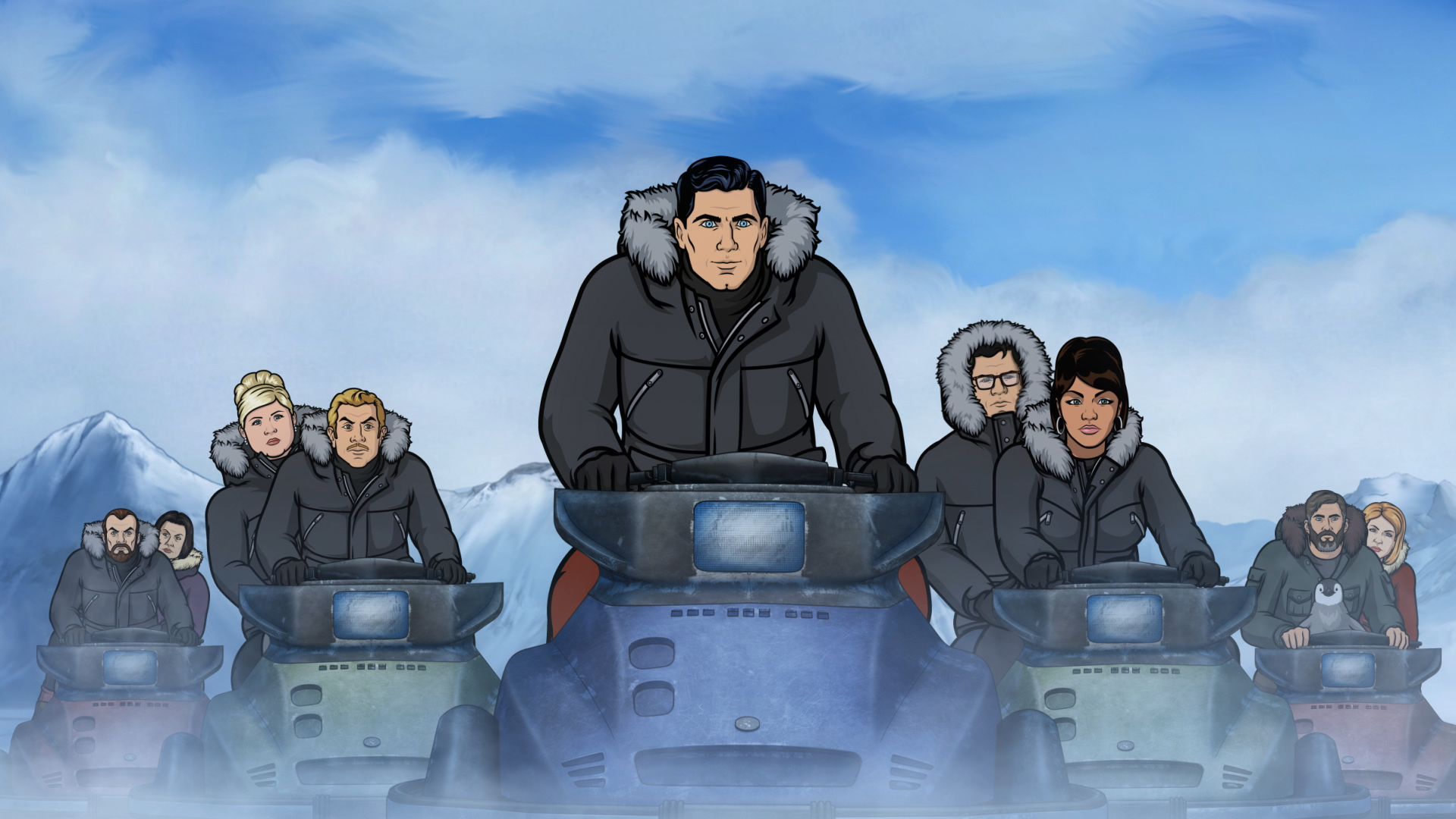 It’s definitely been a very memorable season for Archer. The show’s 11th year has successfully pulled Sterling Archer out of his multi-season coma and forced both him and his inner-circle to adjust to the many changes that they’ve faced. This season has featured Archer at his most alone and miserable, but it’s also highlighted a newly repentant side of the character. Against all odds, Archer has actually been able to exhibit personal growth, demonstrate newfound maturity, and even think about people other than himself. He also has a kick-ass new cane.

“Cold Fusion,” the season finale, features a massive story that feels fitting as the conclusion to this satisfying run of episodes. As much as this new season has been about Archer returning to a new normal, “Cold Fusion” once again attempts to reestablish the status quo in a way that’s genuinely exciting. Archer’s executive producer, Casey Willis, exclusively breaks down this final installment of the season as he discusses Archer’s growth, his future with Lana, and what to expect in season 12.

“Archer and the gang travel to Antarctica to solve a murder mystery with international implications.”

DEN OF GEEK: Cyril’s personal growth has been a big part of this season and these final episodes see him really struggling in that department. Does he end this season in a healthy place where he’s able to put his baggage about Archer behind him, or is he still vulnerable?

CASEY WILLIS: Oh, he’s definitely not in a healthy place. There are a lot of issues that we touched on with Cyril overtly and some more subtly. We discussed a lot about his life during Archer’s coma. We may explore some of those ideas in the future, but sometimes when you make achievements in your life it is also easy to slip back into bad habits. That’s the area we are exploring with Cyril.

This episode pairs together Cheryl and Malory, which becomes a frequent combination this season. Talk a little on their dynamic this season and why they so naturally fit together.

Cheryl and Malory are great together because they are polar opposites. Malory is the boss and Cheryl is the secretary. Malory is Ego and Cheryl is Id. Cheryl goes so far to the extreme that somehow and sometimes she and Malory’s thoughts line up (e.g. let’s take over this submarine). When they line up, it’s amazing and hilarious.

This season has teased the idea that Archer is still in his coma and this finale has the biggest examples of this as he flashes through his various realities. Talk about the temptation to play around with this once more and what’s really going on with Archer in this finale.

We didn’t want to use the tease too much because we wanted to assure viewers that Archer is back and this is reality. However, Archer himself may have some doubts, especially when unbelievable things happen to him constantly. In the finale, we wanted to play with Archer’s mental state a little more since this was the most unbelievable adventure he’d been on since he woke up. The Crackers/Lamont sequence is my favorite because I think it gives us the peek at how Archer (or his subconscious) is reconciling reality and his coma dreams.

This season covers a lot of bases and resolves many threads before it reaches this finale, but is there anything that you wanted to give more attention to that ultimately didn’t get a chance to happen?

We cut at least a minute (and sometimes three!) out of every episode this season because we kept running long. Unfortunately, sometimes we had to cut whole stories for characters. For example, in the sixth episode, we had a side story for Krieger in Coney Island. I don’t want to delve too much into it in case we want to revisit some ideas in the future, but I don’t think the episodes suffered. In fact, I think cutting some of those bits made the main stories of the episodes even stronger.

There are some fun references to The Thing here due to the episode’s setting, but has there ever been any serious thought into meshing Archer together with the cosmic horror genre?

My favorite references are the more subtle ones that the character designers added, like the color and style of the characters outfits. In Archer: 1999 we touched a little bit on that with the mysterious cube (what even was that??? I’ll never tell!). However, what we like better is for Archer to reference Lovecraft and the mythos rather than for those things to actually exist in our world.

The season ends with some uncertainty regarding where Lana and Robert stand with their marriage, as well as what was teased between him and Malory. Is there more conflict coming there or have Lana and Robert resolved things?

For us, there was nothing to read into Malory and Robert other than they are two people of similar ages bonding over shared interests. We think of it as friendly rather than anything romantic. However, Lana and Robert’s marriage is definitely something we are interested in exploring in the future.

It’s really sweet to get a taste of Archer, Lana, and AJ together at the end of the previous episode. Is there a chance that season 12 would explore more of this family dynamic between them?

There are lots of ideas we’d like to explore, and Archer, Lana and AJ is up there. I can’t promise anything at this stage, but we have a ton of ideas.

There’s a reference made to how Veronica Deane is still at large for shooting Archer and putting him in his coma. Is her being put to justice something that’s still on the horizon?

The book may be closed on Veronica Deane. I don’t want to say she will never come back, but it does seem like that chapter is over.

So much of this season has examined how Archer is the weak link for Agency, but the final moments poignantly see Archer flip that dynamic and address how he’s been treated like a scapegoat. Discuss how their power dynamic changes during the episode’s end?

This was our plan from the beginning of season. We wanted to slowly (or sometimes not-so-slowly) show the characters changing because of Archer’s return, and then have it culminate in the finale. Our thought going into the season was for Archer to raise the stakes for everyone and even for the missions themselves. It’s very “Archer” to save the world and then rub it in the face of his friends and family.

Any hints about the direction of Season 12?

We’re very excited to get renewed for another season. Season 11 was just the tip of the iceberg (*wink*) and we look forward to building on it. We are working on some great stories and exploring relationships and character histories. We also want to do some more globetrotting and create situations and visuals we have never seen before in the series. We are Barry, Barry excited!

This concludes our Archer Season 11 post-mortem, but previous installments can be read here and here.