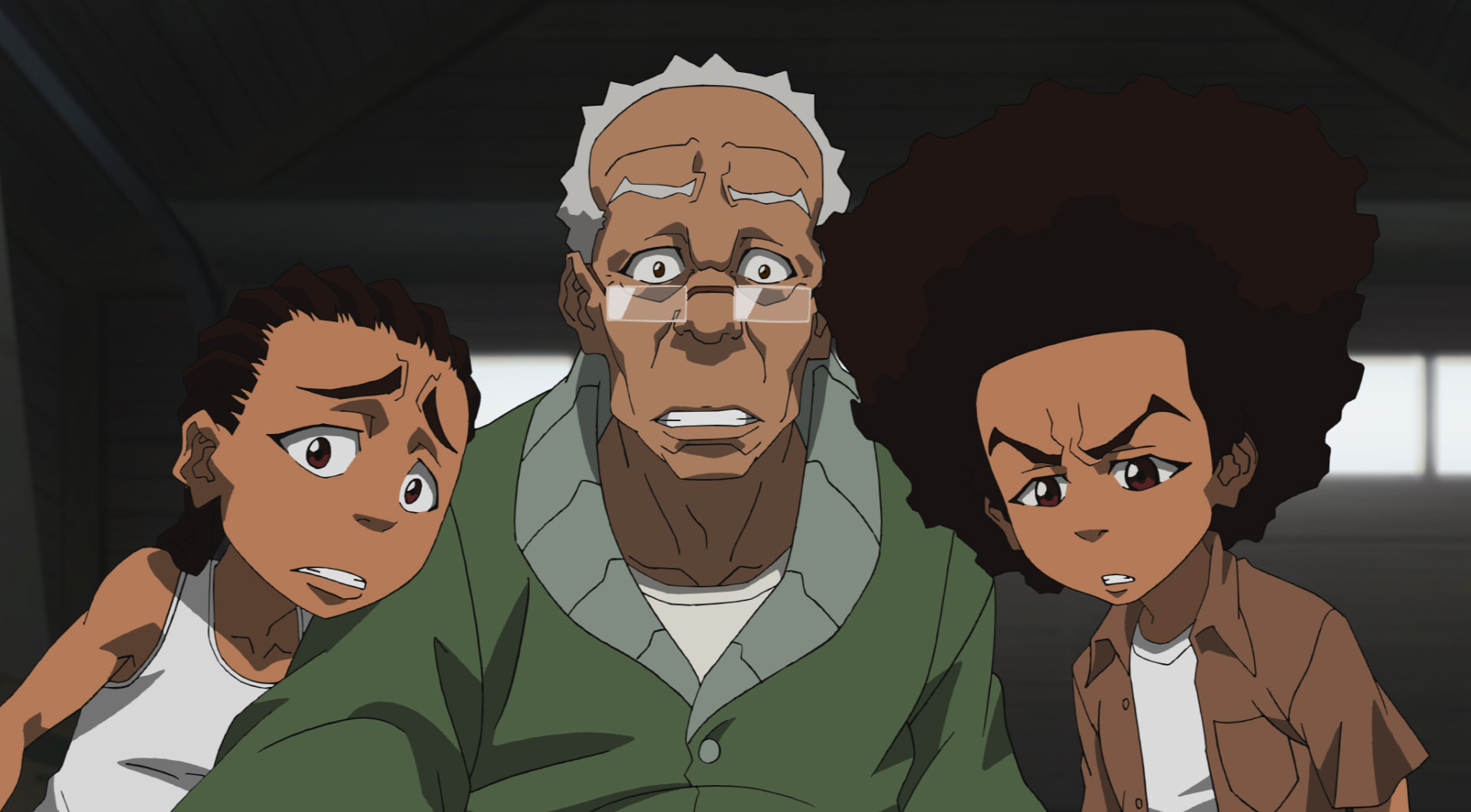 In the wake of civil unrest throughout the United States following the police killing of George Floyd this summer, many streaming services announced the removal of racially problematic episodes of series like 30 Rock, Community, and Scrubs. It turns out that Adult Swim removed some episodes of its shows from streaming as well…but in a less public, more discreet fashion

As first discovered by some ultra observant Redditors and subsequently reported on by The Daily Beast, episodes of three Adult Swim series, The Boondocks, Aqua Teen Hunger Force, and The Shivering Truth are missing on Adult Swim streaming platforms and HBO Max. The missing episodes include:

According to a statement from Adult Swim to The Daily Beast both “Shake Like Me” and “The Story of Jimmy Rebel” are “permanently retired due to cultural sensitivities” and will never appear on a Warner-owned streaming platform. Though “Boston” was not mentioned in their statement, it’s reasonable to assume that it is permanently retired as well, given that it never originally aired. The banishment of The Shivering Truth’s “Ogled Inklings” is expected to be only temporary though and will be made available when the show makes its HBO Max debut.

The arrival of streaming as a dominant medium has created headaches for some major multimedia conglomerates and raised some ethical questions about what is and isn’t censorship. It’s difficult for content providers to reply with a simple “that was a product of a different time” when that product is available to be streamed by anyone on its platform in perpetuity. HBO Max previously added introductions to older films like Gone with the Wind and Blazing Saddles to contextualize them with history.