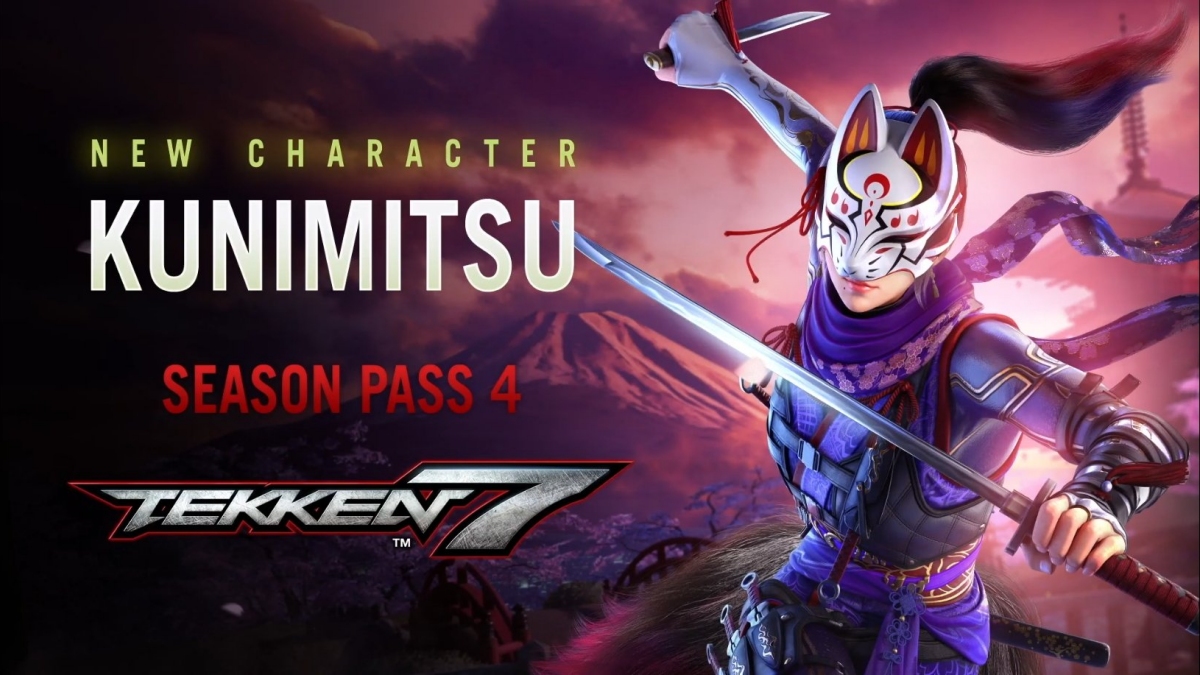 One of the most interesting parts of a fighting game storyline is when someone disappears between installments. Yes, these are narratives based entirely on violent heroes and villains kicking the crap out of each other for the fate of the world, so it’s easy to assume that neglected characters have simply met their ends. But sometimes things can be a little more complicated than that.

This also seems to be the case with Kunimitsu from Tekken. She’s always been a fairly popular character, yet she hasn’t made another canonical appearance in the franchise since Tekken 2. Now she’s returning as the first DLC fighter in Tekken 7’s Season 4.

As you can see in the trailer below, there’s something different about the new Kunimitsu:

Kunimitsu first appeared in the original Tekken (portrayed as a man at the time). She was a member of Yoshimitsu’s Robin Hood-like Manji ninja clan. But she was kicked out when she was caught stealing from the Manji. Unsurprisingly, the greedy Kunimitsu didn’t enter the King of Iron Fist tournament to oppose her former master Yoshimitsu but to steal an ancient Native American artifact from fellow contestant Michelle Chang.

But when she failed, Kunimitsu became obsessed with the sword wielded by Yoshimitsu. The sword, passed down from generation to generation, is magical in nature and is powered by a piece of the legendary Soul Edge. No longer able to earn the blade as the next leader of the clan, she instead intended to just kill Yoshimitsu and take it. As Yoshimitsu’s many appearances since then have shown, Kunimitsu did not succeed.

Tekken 3 moved the story forward a generation and Kunimitsu was nowhere to be found. The only times she did appear were in Tekken Tag Tournament and its sequel, which are non-canon dream match scenarios.

Initially, Tekken 3’s story strongly hinted that the new villain Ogre hunted down and killed every major character who hadn’t appeared in the sequel. Over time, more Tekken 2 characters started making comebacks and Ogre’s list of kills dwindled to just a few. Was Kunimitsu one of his victims? Did Yoshimitsu slay her in battle? Was she lying low for some reason?

In this trailer, we discover that Kunimitsu survived, but quit the world of one-on-one combat in the name of motherhood. The Kunimitsu in Tekken 7 is none other than the original’s daughter! And not only did she inherit her mother’s style and skill, but she’s also hell bent on acquiring Yoshimitsu’s sword. Also, this is the first time we’ve seen any incarnation of Kunimitsu without the mask. That’s pretty neat!

Kunimitsu and her stage will hit Tekken 7 sometime this fall. Along with that update, more moves will be added to the rest of the cast, there will be some tweaks to online play, and there will be a new ranking system. Sometime next spring, we’ll get another new character and stage.

Presumably, Season 4 will be it for Tekken 7’s DLC run, but what a run it’s been. Fingers crossed that Bandai Namco introduces another surprise guest character before the DLC is complete.

Close Encounters of the Fifth Kind Official Trailer
The Matrix 4 “Describes the Next 20 Years of Digital Life”
Squid Game: What Could Season 2 Look Like?
Link Tank: Kathryn Hahn to Star as Comedian Joan Rivers in Showtime Series
Vigil Episode 5 Review: You’ve Got Some Nerve, Agent!
Brooklyn Nine-Nine’s Series Finale Makes Up for Season 8