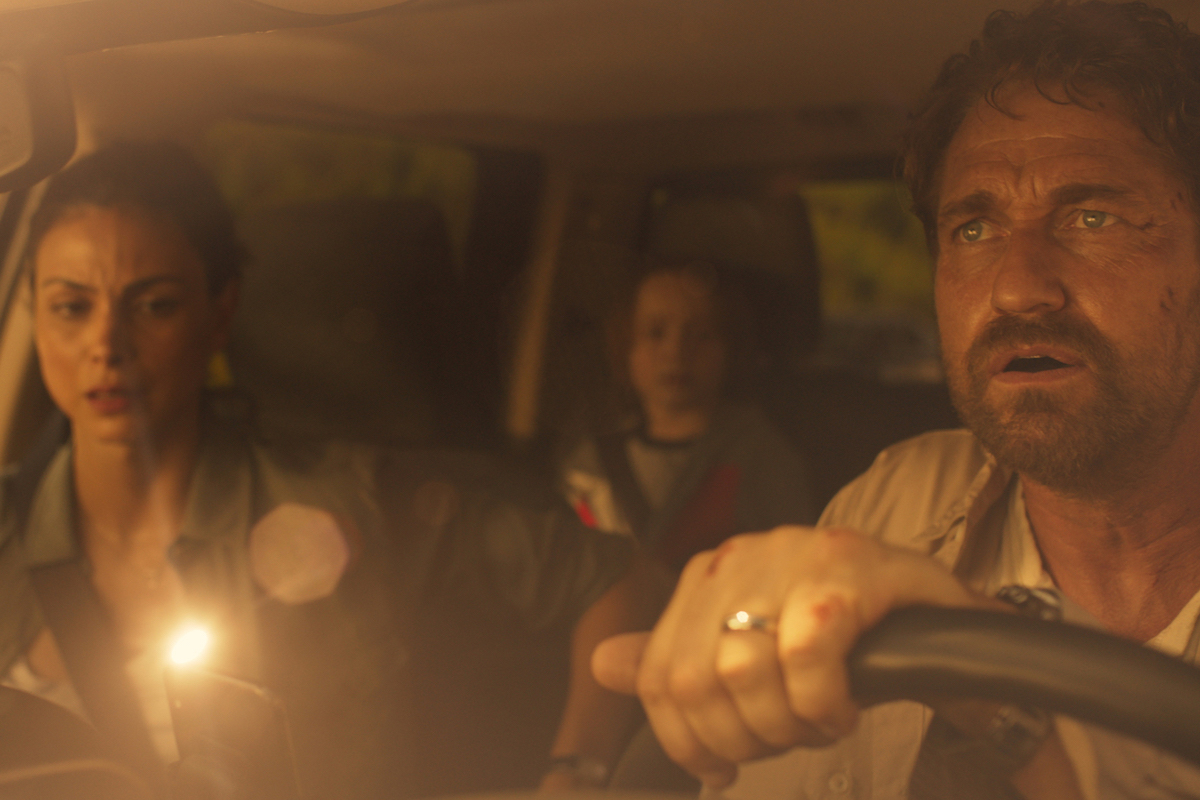 It looks like another one-time theatrical release is going to skip theaters altogether after moving out of its initial release date. Buried deep inside a long list of new releases coming out via Amazon Prime Video in October is Greenland, the Gerard Butler vehicle in which the star must try to save his family from a comet hurtling toward the Earth.

Originally slated to come out in theaters last Friday (September 25), Greenland was yanked from the schedule literally as the movie’s press junket was underway with a new release date to be determined. Well, now we have it: Greenland will be available to buy on Prime starting October 13 and available to rent beginning on October 27. It doesn’t look like the film’s massive comet will streak across theater screens after all.

Butler stars in the film as John Garrity, a construction engineer who begins getting mysterious messages from Homeland Security that a massive comet that is supposed to harmlessly buzz by us is instead aimed right for the planet. Instructed to head for a sanctuary located at the title land mass, Garrity fights against all kinds of dangers — human and natural — to get his wife (Morena Baccarin) and son to safety.

Greenland is directed by Ric Roman Waugh, who teamed with Butler last year for Angel Has Fallen, and the film reportedly cost a very reasonable — for an action spectacle — $35 million to make. But the tepid arrival of Christopher Nolan’s Tenet in North American theaters earlier this month showed that audiences were not ready to return in droves even for a massive epic from a brand-name director.

As a result, other big-ticket films like Wonder Woman 1984, Candyman and Black Widow began moving dates or dropping out of 2020 entirely, with the continuing coronavirus pandemic still putting a major hurt on theatrical exhibition.

Now Greenland has followed suit, although unlike those other films it’s headed straight for digital. With the movie already released in a number of European countries over the summer, distributor STX might have been concerned that waiting too long for a better theatrical release window might have led to the increased the chances of people pirating the movie from overseas sources.

The good news is that now you’ll get to see Gerard Butler battle it out with an extinction level comet sooner rather than later, although the bad news is that once again, major movie chains like AMC and Regal are losing out on yet another potential box office draw — and another opportunity to pull their business out of the morass it’s in.

Close Encounters of the Fifth Kind Official Trailer
Star Trek: How Dr. Pulaski Helped The Next Generation Find Its Feet
King Of Battle And Blood: UK cover and first chapter exclusively revealed
The Walking Dead Season 11 Episode 5 Review: Out of the Ashes
Star Wars Visions Review: A Stunning Anime Reinterpretation of the Saga
Only Murders in the Building Theories: Who Killed Tim Kono?