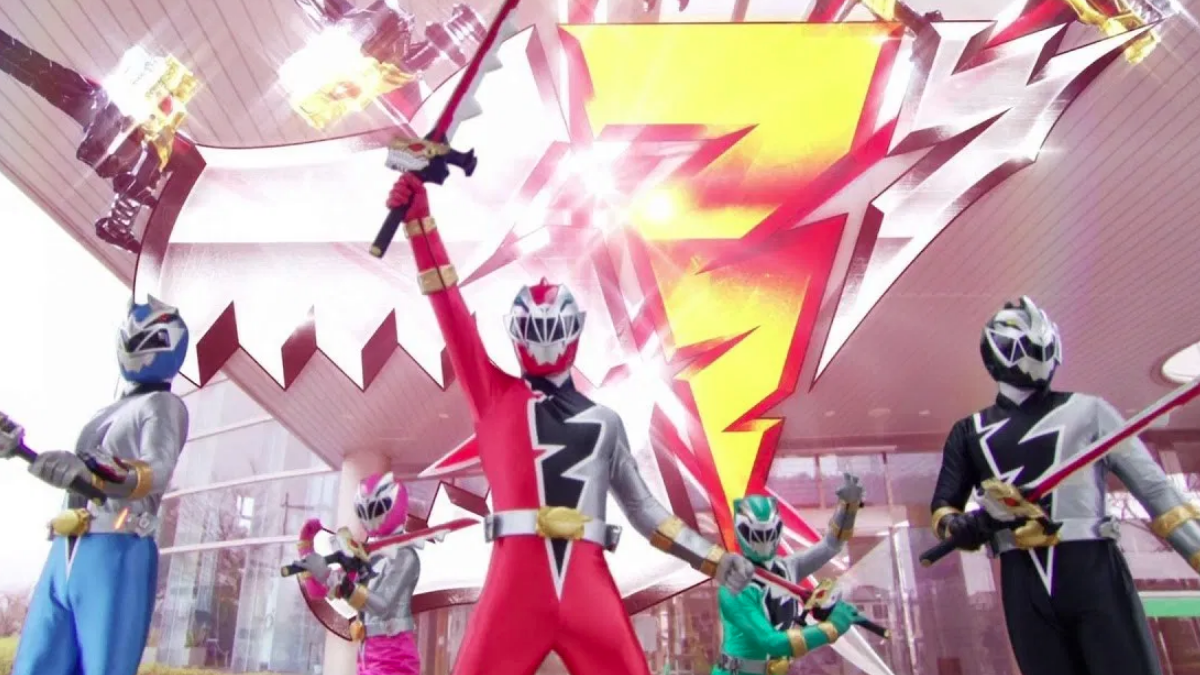 It’s morphin’ time! Power Rangers is heading into its 28th season and that means it’s time for a brand new team! After two years of Power Rangers Beast Morphers a new team will step up to the plate to become the newest in the long line of Power Rangers. Fans have been eagerly awaiting this announcement for months now and it would have most likely been revealed at Power Morphicon if it wasn’t cancelled because of COVID-19.

Thankfully Hasbro PulseCon allowed us to meet the new cast virtually and we’ve got three of them below.

Fans may be puzzled why we didn’t hear who would be playing the Black or Green Rangers since they make up the core cast of the Sentai footage. Most likely it’s because Hasbro might want to keep that under wraps for the time being. There’s any number of factors that go into casting, especially during COVID-19, but getting Red, Blue, and Pink all together makes sense since they form the core mecha for the season. We’re sure we’ll hear more about casting in the coming months.

We also got a trailer for the season which can be watched right here!

This is a fairly generic teaser featuring a few new CGI shots but mostly just Sentai footage. The trailer itself teases a story that will involve the backstory of the Morphin Grid being brought to Earth 65 million years ago. Now in present day evil has come to claim that power. A new group of heroes will ruse up to the challenge and harness the Morphin Grid to become Power Rangers Dino Fury!

As exciting as that sounds these early teasers are often works in progress and don’t always reflect the season we’ll end up getting. So even the elements in the trailer like the cast saying “it’s morphin’ time!” may not be finalized. Still, it’s enough to keep fans’ excitement going until the show premieres in 2021 on Nickelodeon!

We can’t wait for Power Rangers Dino Fury when it premieres next year! What are you hoping from the newest entry in the Power Rangers franchise?

Close Encounters of the Fifth Kind Official Trailer
The History of Back to the Future Began With a High School Yearbook
Quibi Quibites the Dust: Why the Streamer Failed
The Black Coast: Cover reveal
B.B. King Estate Prepping Biopic Separate from Thrill Is On
Synchronic Review: A Timely Tale