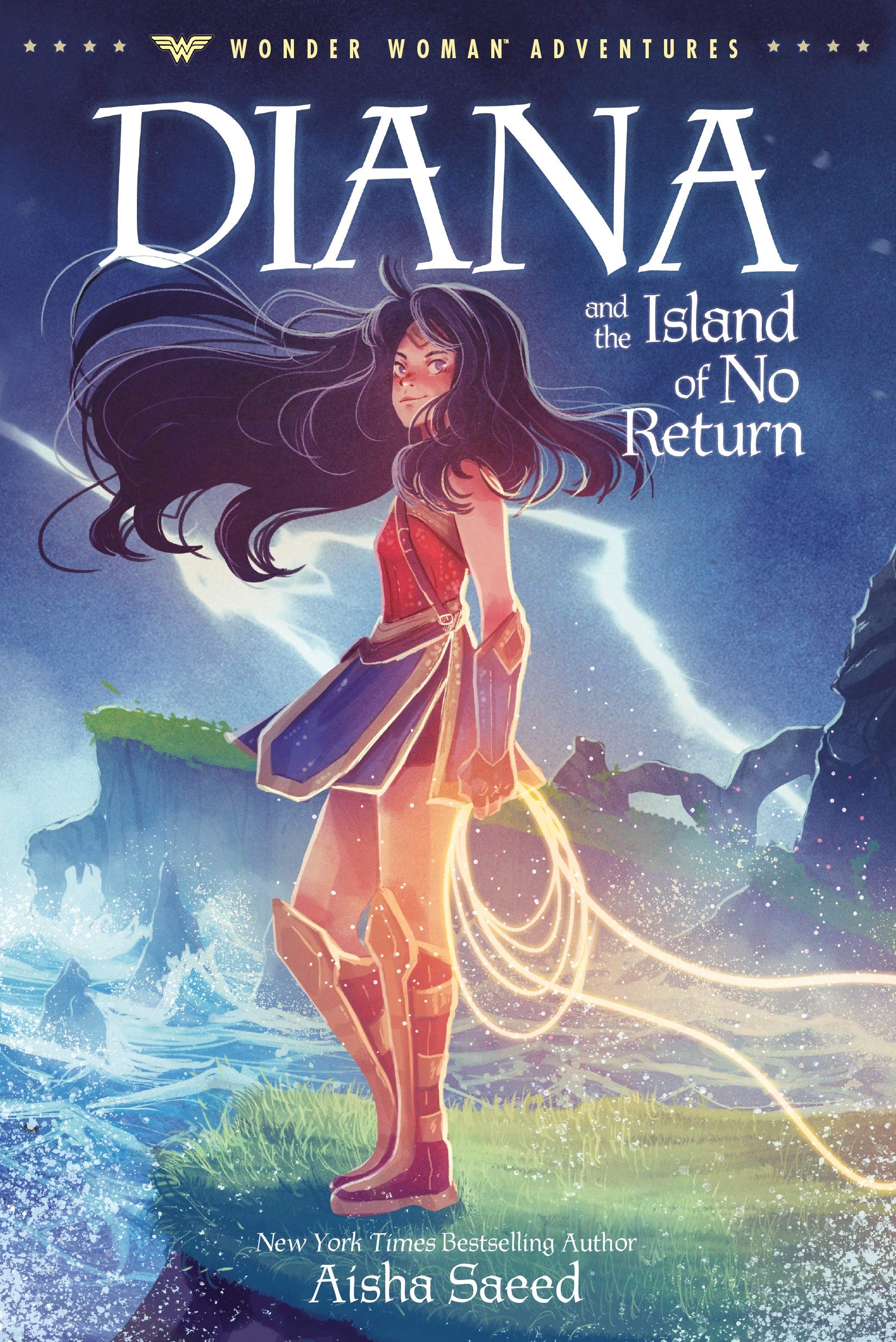 Aimed more at teens than tots, Tempest Tossed is another early years adventure for Wonder Woman that never compromises its relevance.

Diana And The Island Of No Return centres on a pre-teen Diana who is already as bold, smart and capable as the Wonder Woman she will surely grow up to be. While it is clear she has a big destiny ahead of her, for now all she wants is to be able to train with the other Amazons… which is difficult when her mum won’t even let her hold a sword!

Disappointed but not disheartened, Diana turns her attention to the upcoming Chara Festival and the impending arrival of her friend, Princess Sakina. Nothing can spoil the festivities until someone forbidden arrives on her home island of Themyscira… a boy! Although suspicious and potentially treacherous (as boys are wont to be) the boy – Augustus – soon gains Diana’s trust when he delivers terrible news. With Themyscira in jeopardy and no one else around to save the day, Augustus and Sakina must travel with Diana as she leaves the island home she loves in an effort to save it. Even if that means confronting a literal demon.

Although not constructed as a comic/graphic novel, Diana And The Island Of No Return still manages to stay true to the character of Diana Prince. The story is well-paced, with easily digestible chapters full of the thrill of adventure, though at times it does tend to be a little lacking in overt action. Saeed’s writing ensures the characters are imbued with an emotional relevance that should resonate well with younger readers, as will its focus on friendship, trust and confidence. Though this can be read as a standalone story, there is still the knowing air of a trilogy about it, with plenty of setup for sequel[s].

Wonder Woman Adventures: Diana And The Island Of No Return is out now.

Close Encounters of the Fifth Kind Official Trailer
His Dark Materials Season One Recap: Dust, Daemons and Betrayal
Giveaway: Zoey Punches The Future in The Dick by David Wong
PlayStation 5: Best Features of the DualSense Controller
Charging electric cars up to 90% in 6 minutes
How The Twilight Zone Influenced Are You Afraid of the Dark?