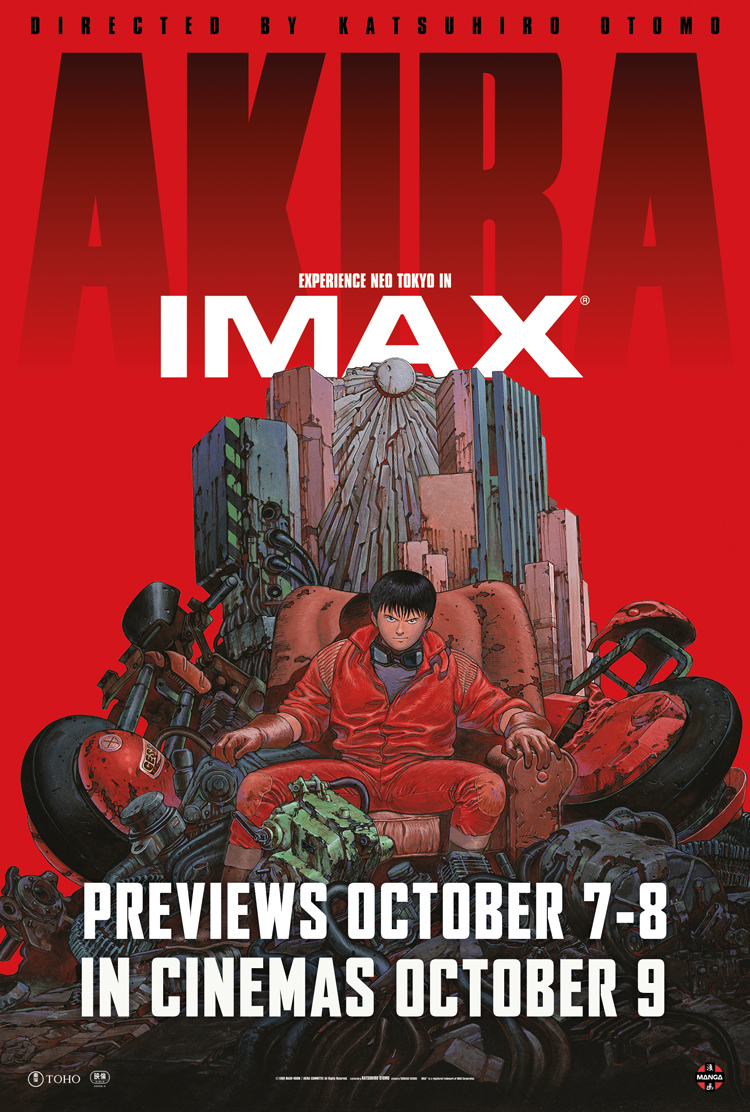 Tetsuo! Manga Entertainment has announced that Katsuhiro Otomo’s classic anime masterpiece Akira is riding back into UK and Irish cinemas for a limited run this October after being remastered in amazing 4K!

Check out the new trailer for the release here…

Set in Neo-Tokyo, 2019, when the city is being rebuilt post World War III, Akira follows Kaneda and Tetsuo, two high school drop outs, who stumble on a secret government project to develop new weapons – telekinetic humans. Tetsuo learns of the existence of his ‘peer’, Akira, the project’s most powerful subject, and determines to challenge him…

Originally released in 1988, Akira can now be seen on IMAX screens for the very first time in a truly unique cinematic experience in over 200 locations around the UK and Ireland. All in glorious 4K.

“Prepare your eyeballs!” says Darcy Giles, Social & PR Manager, Manga Entertainment. “We’re thrilled to announce that Akira is coming to IMAX this October for a very limited time only. Grab your tickets as soon as possible – you don’t want to miss this.”

Tickets are available now and can be purchased right here. This is a limited run, so be quick!

Akira previews will be on 7 and 8 October with the wide platform release on 9 October.

Close Encounters of the Fifth Kind Official Trailer
The History of Back to the Future Began With a High School Yearbook
Flashback: The Blair Witch Project
The Secret Garden review: It’s lush
Relic: Family matters
Quibi Quibites the Dust: Why the Streamer Failed