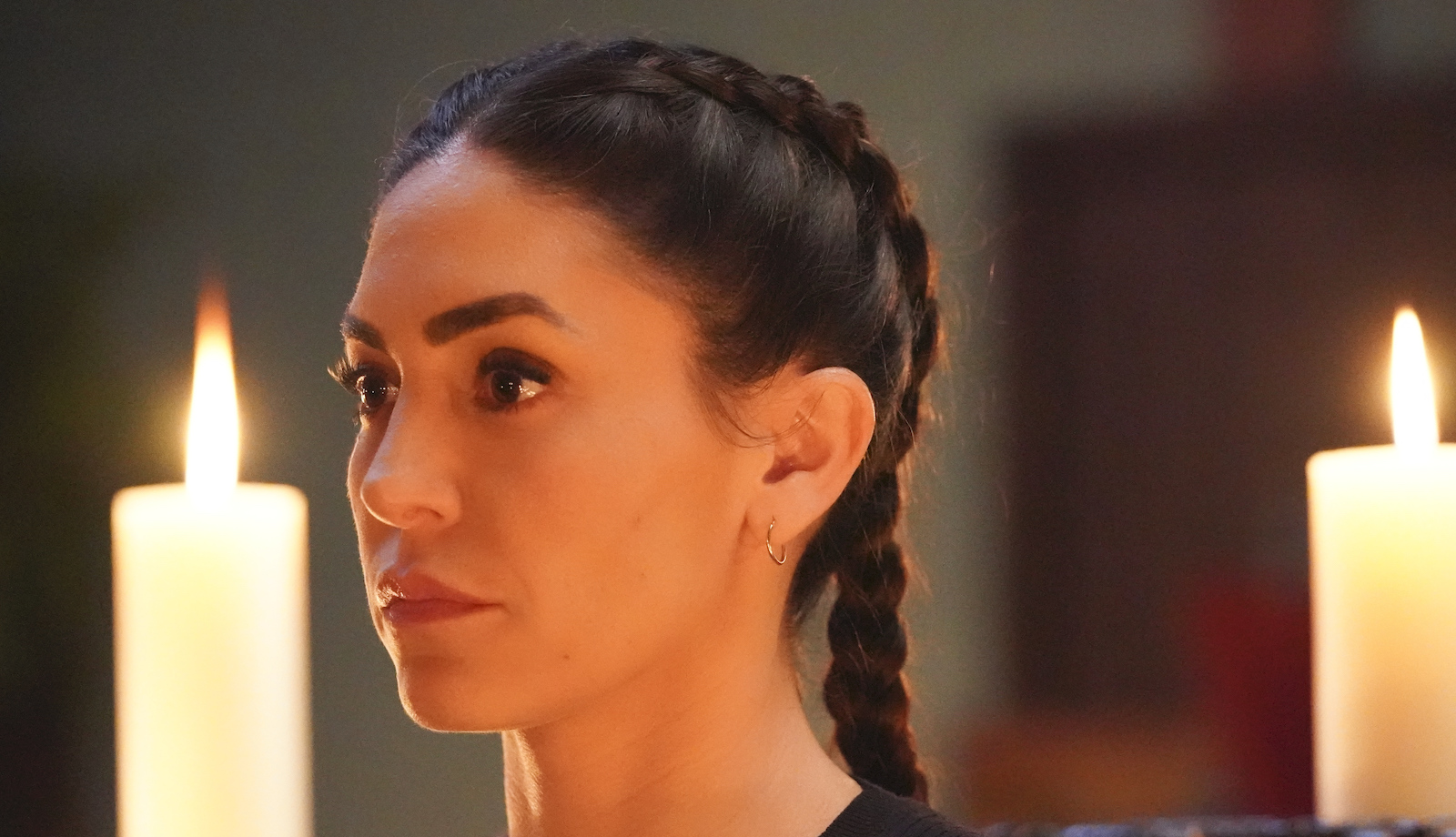 This review contains spoilers for Agents of SHIELD.

Agents of SHIELD proves time and time again that it knows how to pair its well-developed characters to great effect, and this week’s May and Yoyo outing serves as a great counterpoint to last week’s goofier adventures of Mack and “The D.” Although many emotional moments felt a bit muffled, this series’ excellent track record with using understatement to allow viewers to fill in the gaps compensated somewhat for the scenes that lacked the intensity we might have expected. Meanwhile, revisiting Afterlife provided some season two nostalgia in a continuing greatest hits tour on the way to the series finale.

The episode title, “After, Before,” alludes to the fact that we’re visiting the hidden Inhuman community Afterlife before it was exposed to the outside world, and this is where Sybil’s latest Chronicom strategy becomes a bit fuzzy with regard to Nathaniel Malick’s involvement. As a run-of-the-mill Agents of SHIELD villain, Nathaniel is a bit lackluster, employing a kind of casual evil that presents his personal interest as a foregone conclusion to everyone while mostly ignoring the implications for both Hydra and SHIELD. His new Quake powers and oddly effective recruitment skills with the disillusioned Cora certainly must have disrupted the timeline, but as Mack mentions, this makes us more worried about Daisy being born than it does SHIELD being erased.

More intriguing, however, are the implications of Daisy having a sister and the suggestion that May will be meeting up with Jiaying again in a future episode. While we might not have any idea where either of those facts might lead, they hold our interest more than what Hive-like goals Nathaniel might have. Besides that, however, the fact that Daisy and others are sidelined in this episode focuses everything on the restoration of Yoyo’s powers so that the team can more accurately follow the Chronicom maneuvers through time and not fall into a never-ending jump cycle.

Agents of SHIELD gets points for creativity in revisiting the 20 months of last week’s episode from the perspective of the Zephyr’s mere hours, and the fact that May and Yoyo have two days to solicit a cure from Jiaying while the team on the plane has only 20 minutes to work on the jump drive was a wonderful time travel trick. It was also nice to have confirmation that Fitz is the one that has been choosing their destinations, both geographically and historically, from his observation of the Chronicoms from some point in the future — something we suspected but were never told outright.

Hopefully, Simmons’ brief recording to her love means we’re closer to a reunion, but her speech and the conversation between Daisy and Coulson provide the most subtle but appreciated tender moments of the episode despite Yoyo’s more central storyline. In essence, they all share a sense of loss and a willingness to endure their suffering for the greater good. Daisy is clearly in pain even as she tells Simmons she can’t save everyone, and Coulson talks about being thirsty during his time as Deke’s digital construct. Even though he’s not sure how the ones and zeroes of his LMD programming account for his happiness, his reaction to Daisy’s comment about being glad Sousa’s along for the ride held quite a bit of fatherly poignancy.

But let’s talk about those great May-Yoyo interactions, shall we? After breaking the ice with talk of empathic eavesdropping on sex with Mack and worries over negative feedback loops from Yoyo’s fear and guilt, the pair make an interesting infiltration of Afterlife during which suspicions over whom to trust create the majority of narrative tension. It was quite refreshing, therefore, that Agents of SHIELD allowed these two stoic women to smirk at Jiaying’s suggestion that May use her newfound abilities to guide Elena on an emotional journey through her past. What could have been a contrived flashback sequence instead became a cathartic sparring session.

What was slightly more problematic was the convoluted path Elena took to the eventual restoration of her super-speed. After releasing the expected trauma of her shrike encounter, we get flashes of Tess hanging in the Lighthouse and the death of Ruby Rose in season five, only one of which Elena was responsible for, and in the end it’s the childhood trauma of having caused the death of her uncle that serves as the roundabout backstory blockage of guilt. It’s hard not to agree with May when she says, “I think the point of this ridiculous exercise is to forgive yourself.”

The ineffectiveness of this journey to the past is punctuated not only by her return in defeat to the Zephyr but also by Enoch’s discovery that her removal of the field generator didn’t even fix the problem entirely. It should have been enough to see her regain her powers and also realize the significance of her no longer needing to return to her point of origin, but was May’s reassurance that she didn’t need to “bounce back” really enough to kick Yoyo into gear? It was a bit of an odd leap.

No matter! Agents of SHIELD has restored one of its damaged characters, and the moment of triumph is definitely welcome despite the subtle suffering elsewhere. Where the show is headed next is anyone’s guess, but sometimes the unknown is better than the predictable path, or in this case another trip down memory lane in a quirky historical era. Time to take a leap of faith!