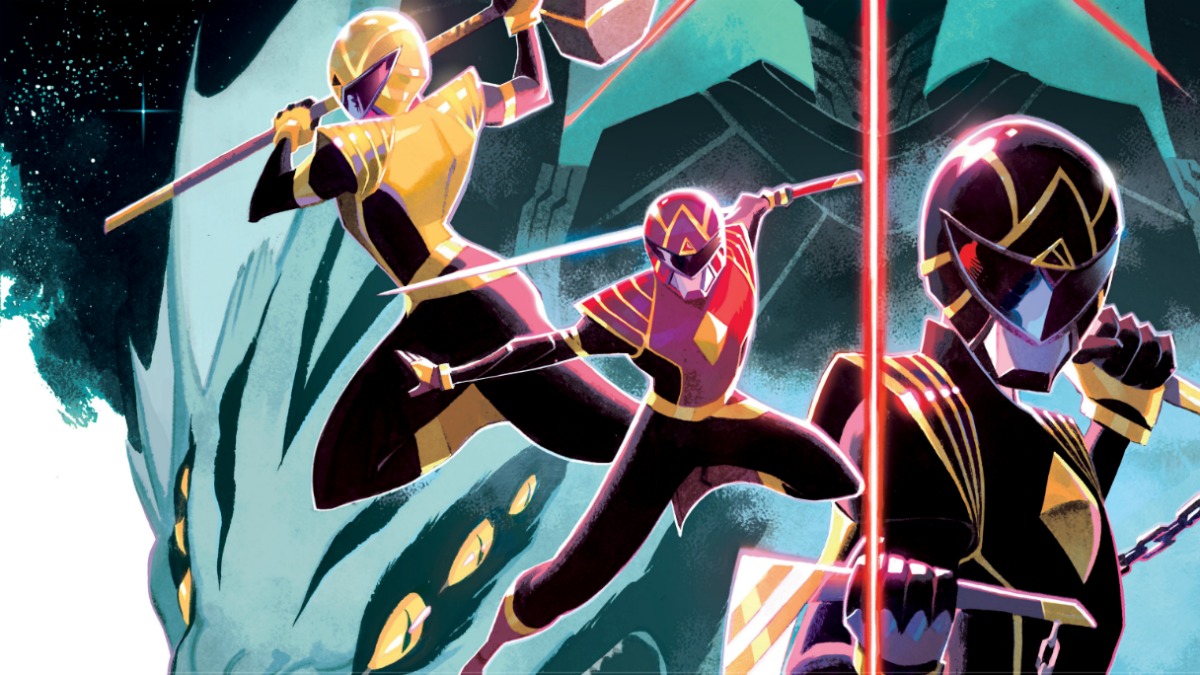 Hot on the heels of the announcement of the Mighty Morphin comic, BOOM! Studios throws another new title into the ring with the simply titled, Power Rangers. Launching in September, the new Power Rangers comic will follow Jason, Trini, and Zack… and Lord Drakkon!

For those who aren’t caught up on Power Rangers comics, here’s a very quick rundown. While in the TV series Jason, Trini, and Zack all left to go to a “peace conference” they instead went into space to become the Omega Rangers. Lord Drakkon, an evil Tommy from another dimension, has just reappeared on Earth and it seems like, from the description below, he’ll be joining the Omega Rangers on their next mission.

POWER RANGERS #1 reveals a new cosmic threat that only the original Power Rangers, now known as the Omega Rangers – Jason, Trini and Zack – can hope to defeat! But their secret weapon is… the villainous Lord Drakkon?! Zordon forbids the Omega Rangers from contacting Drakkon, so if they want to save the universe then they’ll have to go rogue – and go up against their Mighty Morphin allies.

The Omega Rangers pitted against the MMPR team? Some juicy conflict right there, although we suspect it’ll be a bit more complicated than that. Delightfully writer Ryan Parrott (who’s also writing Mighty Morphin) teases that it’ll be more than just the Omega Rangers and Drakkon in the comic. In fact, as he hinted in our most recent interview with him, they’ll be interacting with the wider Power Rangers universe!

“We’ve spent several years building out the Power Rangers comic book universe and continuing the adventures of the Omega Rangers gives us a chance to fully explore it beyond the confines of the show. Not only can we add more heroes and villains but we can also bring in elements from future seasons viewed through the lens of familiar characters,” said Parrott. “It’s very exciting to explore new corners of the Power Rangers universe that fans have always imagined – and also never expected!”

For any hardcore Power Rangers fan out there this is tremendously exciting. The Power Rangers comics have done a lot of fan service for seasons outside of MMPR (especially the Shattered Grid arc) but getting to see the Omega Rangers travel out into the universe? Glorious. Power Rangers has such a rich world that has only been hinted at in the show and hopefully this comic will give us a deeper look into some fan favorite worlds, alien races, and characters! And you know, maybe they could run into some of those space bound Rangers. A certain Andros might be running around the galaxy at this point and time, just saying.

Joining Parrott is artist Francesco Mortarino who’s worked on comics such as Jupiter’s Circle, Dungeons & Dragons, and Firefly: Bad Company. Mortarino is excited to return to the Power Rangers comics after he helped illustrate issue #33 of Mighty Morphin Power Rangers.

“I’m very proud to be a part of this new era with Ryan and BOOM! Studios. I know that many readers are waiting to see where the new team’s adventures will take them. As a fan myself, I can’t wait to show everyone exactly what I’ve been working on. It’ll blow your minds!”

We are ready to have our minds blown!