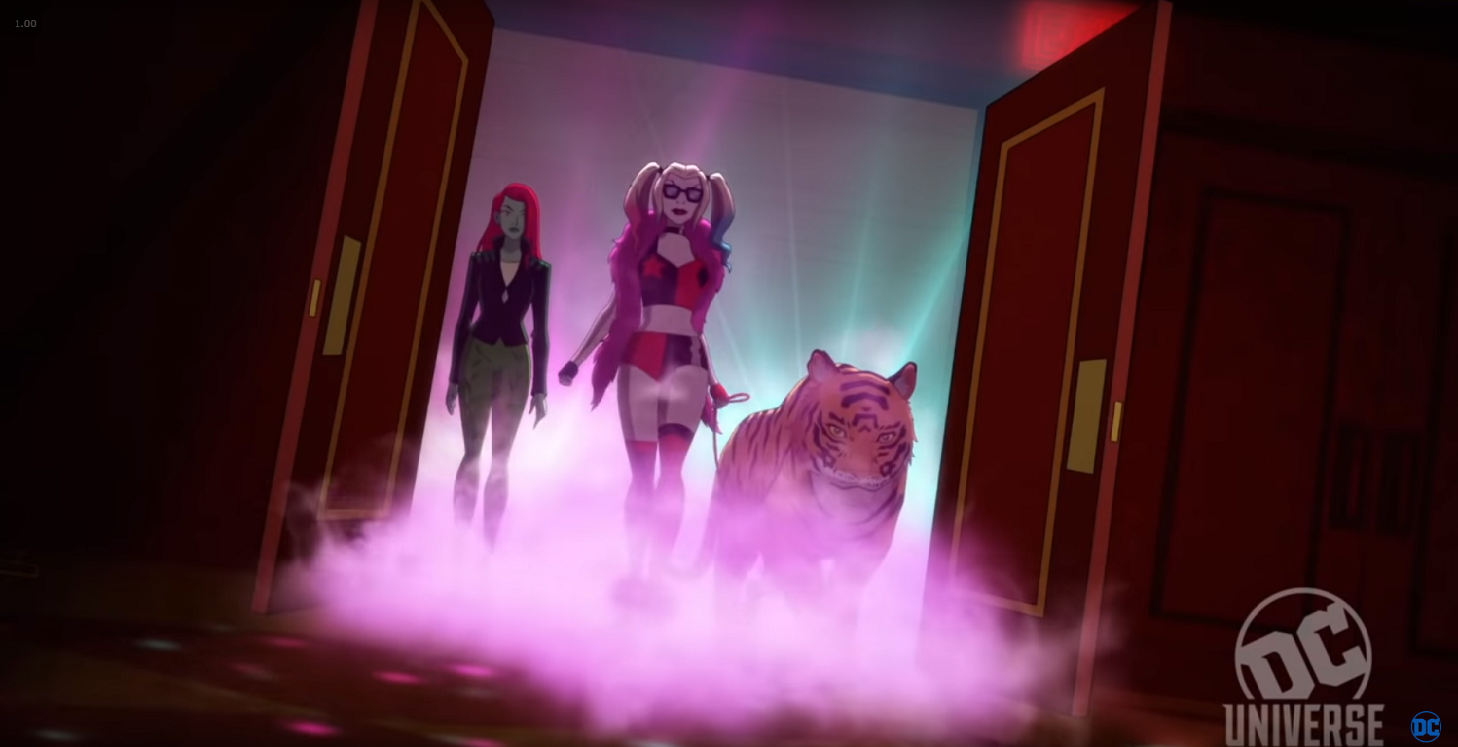 This article contains spoilers for the Harley Quinn Season 2 Finale.

Well, Harley Quinn season 2 has completed its run on DC Universe. The series has been hilarious, filthy, and surprisingly touching for 26 episodes, explored some unexpected corners of the DCU (even outside of Gotham City…way outside), and was generally one of the best, funniest things on TV over the last six months. So now that it’s over, we’re greedily demanding Harley Quinn Season 3.

The official Harley Quinn Twitter account celebrated with this wonderful clip of everyone’s favorite semi-villainous OTP riding off into the sunset together, surely to live mischievously ever after.

Awwww….wait. What the hell do you mean “ending” @DCUHarleyQuinn? Are you implying that the season two finale is actually the final ending of the show? You’d better not be. Don’t make us come down there.

Well, maybe there’s nothing to worry about. When we spoke with the Harley Quinn executive producers last year, they gave us an indication of how the show was developed. Specifically, they were contracted to do 26 episodes, which they decided to do as two shorter 13 episode seasons.

“We broke out 13 episodes [and] we got picked up for 26 [at DC Universe],” executive producer Patrick Schumacker said. “We broke out the first 13. We always knew that we wanted to write the 26 episodes as two discrete 13-episode arcs and treat it like a cable show.”

So they knew from the start that episode 26 would end with Harley and Ivy together. But now our worry is whether Warner Bros. has plans for more, whether on DC Universe or HBO Max. DC Universe has been troubled, never seeming to generate the kind of mainstream buzz for its (mostly excellent) original programming since launch, with speculation continuing that Warner Bros. will eventually try and roll its programming and video library into its prestige streaming service HBO Max.

The fact that DC Universe has been “sharing” its originals recently would seem to indicate that the studio doesn’t necessarily believe these shows are finding a large enough audience on the service. The brilliant Stargirl was conceived purely as a DC Universe original but got a near-simultaneous premiere on the CW. The first season of Harley Quinn has been airing (albeit in…slightly censored form) on Syfy, with the complete set of episodes apparently headed to HBO Max at some point in the near future.

But really, it doesn’t matter where we get new episodes of Harley Quinn, as long as Harley Quinn Season 3 does eventually happen. One encouraging sign is that Warner Bros. is promising some kind of Harley Quinn at DC Fandome on August 22, an online fan convention which will span the entire scope of DC’s media offerings, and which is sure to feature the kinds of announcements we would normally get at places like San Diego Comic-Con, were it actually safe to, you know, go outside and interact with people…which it most certainly is not.

We’ll let you know as soon as there’s some kind of official word on Harley Quinn Season 3. Which there had better be. Soon.