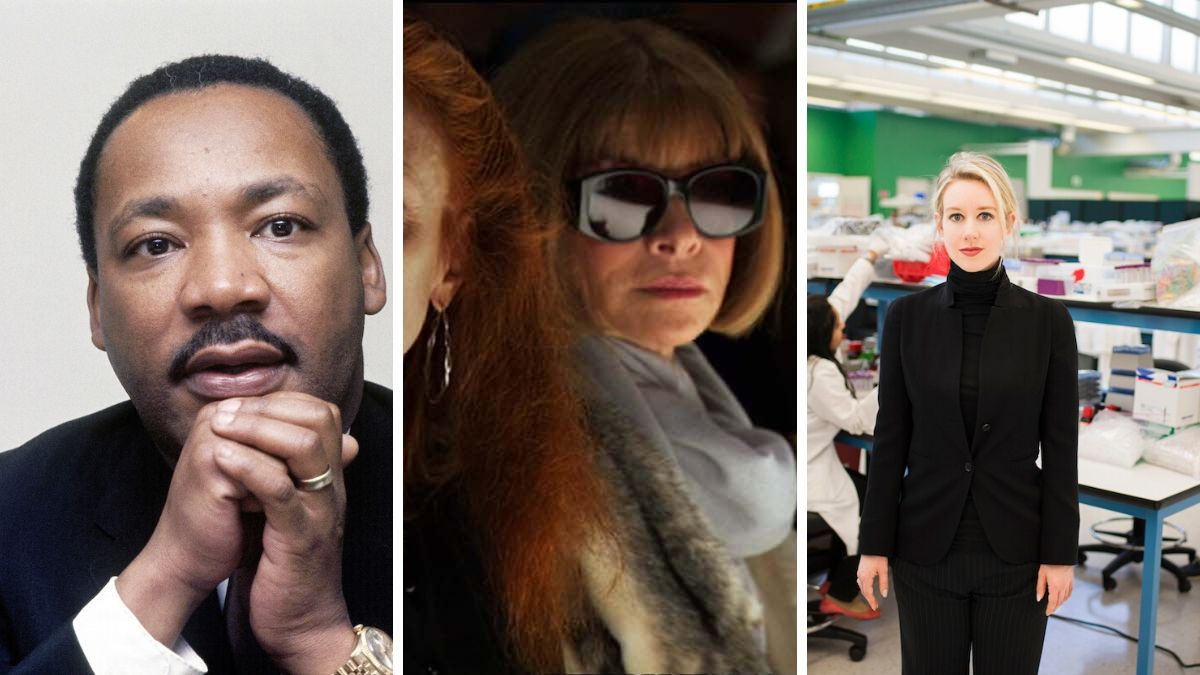 A new channel arrived on Now TV last month called Sky Documentaries boasting a whole range of series and features. It’s a treasure trove of deep dives into a massive range of subjects, from sports to music, crime to scandal to important moments in history. There’re a load of great shows on the channel, and what you pick will surely depend on what you’re interested in but we’ve rounded up a least of really great docs to get you started.

We’ll keep this list updated and add more recommendations as they arrive.

This six part series documents the massive fraud case surrounding the McDonalds Monopoly game from 1989 – 2001 whereby an employee of the agency that ran the promotion was stealing and selling on the top prize tickets. The doc is highly entertaining, introducing you to often larger than life characters as the FBI and an organized crime family get involved.

Oscar winning documentary from Brit director James Marsh charting French hire-wire artist Philippe Petit’s walk between the Twin Towers in 1974. The doc is structured like a heist movie with footage of Petit and his co-conspirators preparing for the walk, as well as reenactments and present day interviews. It’s emotional, inspirational and exhilarating and something of a tribute to the Twin Towers too.

Going Clear: Scientology and the Prison of Belief (2015)

Oscar winning documentary maker Alex Gibney directs this deep-dive look into L Ron Hubbard’s church from its foundations to its prevalence in Hollywood, with various talking heads who are ex-members of the church including the Oscar winning director of Crash, Paul Haggis. A fascinating exploration of a popular, weird, but also often insidious religious cult.

Fascinating, intimate portrait of the Friedman family after the father, Arnold and youngest son Jesse are accused of multiple instances of sexual abuse by the kids in the computer class that Arnold taught. Archival footage recorded by the family while Arnold and Jesse were allowed to stay home to prepare for trial is intercut with new interviews and commentary. Director Andrew Jarecki, who would go on to make The Jinx shows a deft command of narrative here, with revelations dished out slowly, though mostly this is a nuanced snapshot of a messed up family, a messed up legal system and our elusive relationship with the truth.

Spike Lee’s powerful documentary series explores the aftermath of hurricane Katrina on New Orleans, from the inadequate response, the death and destruction and people’s attempts to rebuild. Filming begun three months after Katrina and features interview footage with a range of people which is combined with news footage from the disaster. Told in four parts, it won multiple awards and has been described as one of the most important documentaries HBO has ever made.

Fun, fascinating doc for fans of magazines, fashion and The Devil Wears Prada which follows US Vogue editor Anna Wintour as she puts together the September 2007 issue of the magazine – the September issue being the biggest and most important of the year. Glamorous and aspirational it’s also a study of Wintour’s symbiotic but sometimes fractious relationship with her creative director Grace Coddington. Highly entertaining and a picture of two women at the top of their game.

Man on Wire director James Marsh also heads up this doc which explores attempts in the 70s to teach a chimp named Nim Chimpsky (after linguist Noam Chomsky) to communicate with humans. Nim is moved between various different carers and teachers in a story that’s sometimes funny but ultimately sad as Nim’s upbringing comes into conflict with his essentially animal nature.

This documentary commemorating the 50th anniversary of Martin Luther King’s death sees his friends and co-workers painting a picture of what he was really like as a person and what he was going through during the last few years of his life, covering the 1964 Civil Rights Act, the Poor People’s Campaign, the conflict he experienced over Vietnam and the events leading up to his death in 1968. It’s a fascinating and personal retrospective that offers lessons for us now and gives a sense of the man behind the legend.