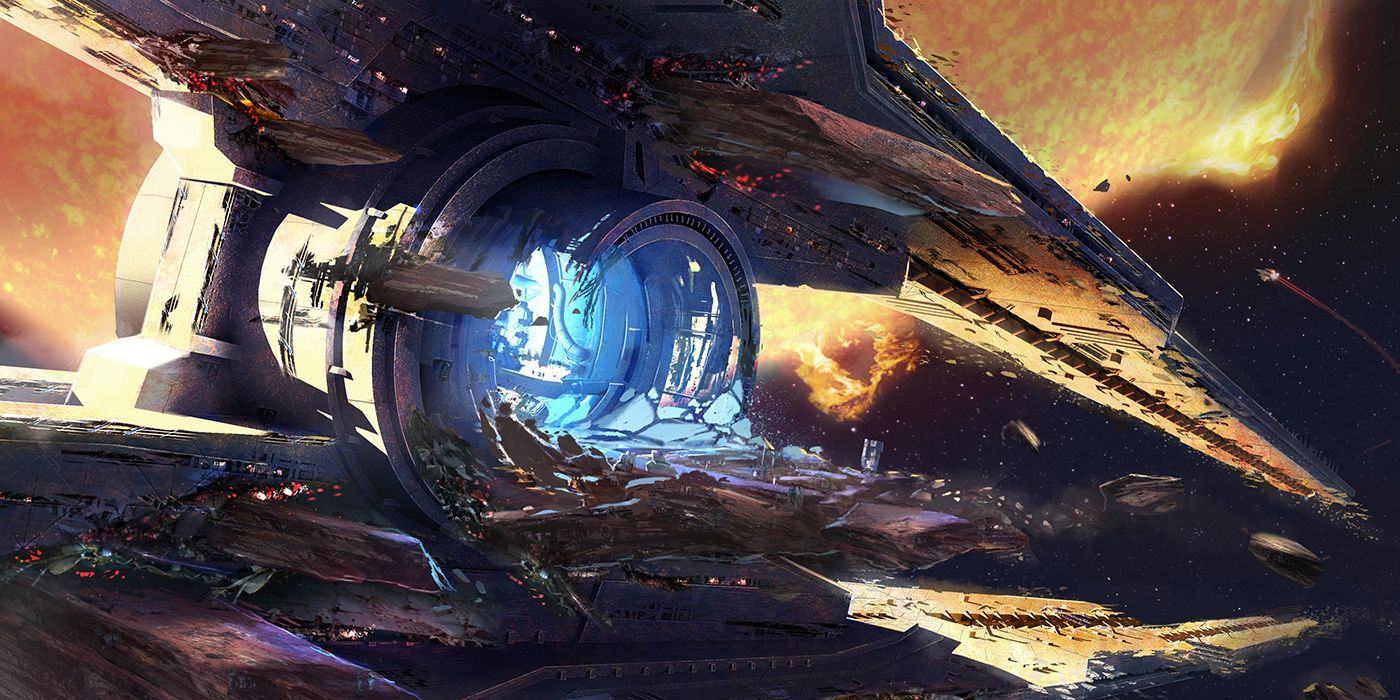 This week, Bungie will reveal “the next step in the Destiny 2 universe.” Longtime fans of the hit Action MMO know this likely means that the developer is set to unveil the big Year 4 update coming to the game in the fall. In this case, we’ll also probably hear more about the upcoming Season 11 content, which is rumored to be called “Season of the Arrival” or “Season of the Visitors,” likely referring to the arrival of The Darkness on mysterious Pyramid ships, an event teased during Season of the Worthy.

The reveal event comes just days after Bungie hosted its first big live event in the game. Players flocked to the Tower to watch the Almighty, a powerful Red Legion ship, get blown to bits by Rasputin right before it could fire on the Last City. The event seemed to finally bring the Red Legion saga, which began in the vanilla version of Destiny 2 in 2017, to a close. But the aforementioned arrival of those Pyramid ships means there’s something much darker on its way to Earth, a threat that will likely keep Guardians busy through the summer and bridge the gap to a Year 4 expansion.

What do we know about Year 4? Well, it may have something to do with the Drifter and fan-favorite Vanguard Eris Morn traveling to the Jupiter moon of Europa, a location that Bungie originally planned to include in the first Destiny but eventually cut. Fortunately, it seems Guardians will finally be able to visit this moon and uncover its secrets.

The Destiny 2 stream, which is a part of Summer Game Fest, will be broadcast on June 9 at 12 pm ET.

You can tune into the broadcast below:

This Destiny 2 Year 4 reveal is just one of many digital events happening this summer in place of E3 2020, which was canceled due to the coronavirus pandemic. Both Summer Game Fest and IGN Summer of Gaming are promising tons of game announcements, trailers, and announcements in the coming weeks. You can check out a full schedule of events here.

If you’re looking to keep track of all of the news coming out of Summer Game Fest and IGN Summer of Gaming, check out our Not E3 2020 news hub, your one-stop post for all of the latest updates from the biggest online events.