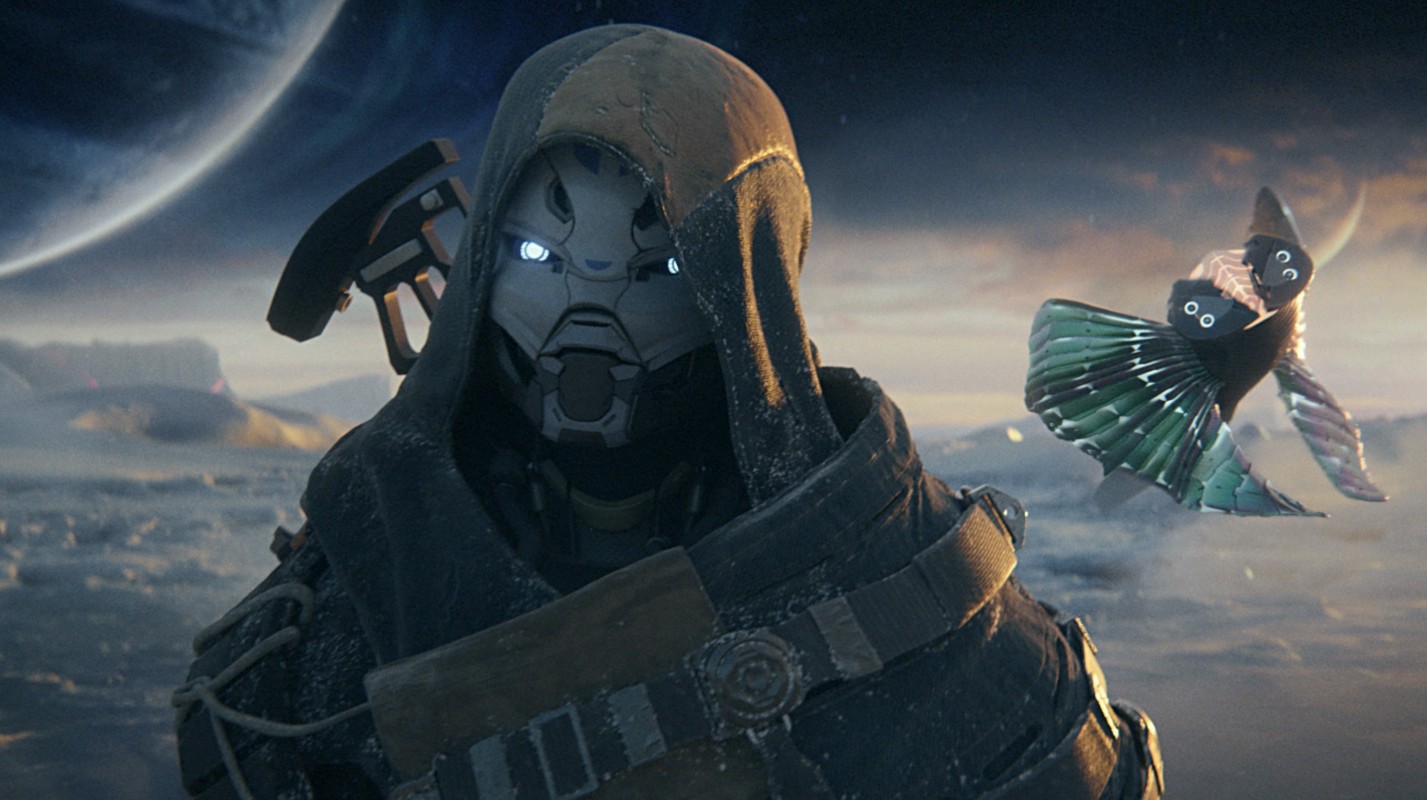 When the action MMO first launched in 2014, Destiny prided itself on mystery. Promising a different kind of sci-fi game from the console-defining FPS Halo, Bungie leaned into the “Ancient Aliens” trope as much as it subverted it.

The game’s lore book, known as the Grimoire in the Destiny universe, describes much of the history that leads to events of the games. Hundreds of years before Destiny, a mystical force from outer space, the power-granting Traveler, arrived on Earth, bringing with it a new golden age for humanity, which spread out across the Solar System with its newfound abilities and knowledge. But by the start of the first game, that golden age is over and humanity has suffered an apocalypse. In Destiny, the last remnants of humanity are trying to rebuild its civilization, while fighting off the Traveler’s many enemies, collectively known as the Darkness.

Back in 2014, Destiny‘s delivered on its premise rather shakily. Committing to the lore without quite nailing the actual story being told in the game, the vanilla Destiny campaign became known for dodging answers to vital questions about its story. This aspect of the game later became a meme headlined by the words, “I don’t even have time to explain why I don’t have time to explain.”

That’s an actual quote from the game spoken by the Exo Stranger, a robotic time-traveler who appears just long enough to direct the player on a hunt for the Heart of the Black Garden, a fragment of Darkness located on Venus. This quest marks the end of Destiny’s vanilla campaign.

Despite her important role in the game, Bungie never explained the Exo Stranger’s origins or motives. And perhaps the biggest mystery of all: the identity of the person she gets a call from in the game, which hints at intrigue beyond the player Guardian’s scope.

Then, she disappeared for years. At one point, Bungie even claimed that the Exo Stranger was never coming back. She was seemingly lost as a relic of Destiny’s beginnings. But, stories change.

Watching Bungie develop a live game for the first time has in part been a story of watching those changes. Like seeing a story through from one draft to the next, even though AAA games aren’t usually so open at the seams. Bungie’s experimentation has sometimes failed, sometimes succeeded, but always been compelling enough to keep me coming back to this universe.

Bungie’s latest experiment is Destiny 2: Beyond Light, the Year 4 expansion, and to the surprise of many fans, it will re-introduce the Exo Stranger to the story. Meeting Eris Morn and the Drifter on the frozen Jupiter moon of Europa, she shows them a Pyramid, the opening salvo of the war against the Darkness.

Beyond Light is the first part of a planned trilogy of expansions — the other two are 2021’s The Witch Queen and 2022’s Lightfall — that will tell a story about “the true nature of the Light and the Darkness,” according to Bungie. What role will the Exo Stranger play in this story and what does her history as an Exo say about her?

Initially, in-game lore suggested the Exo Stranger might be a war machine. Taking the game’s typical speculative approach, her official description theorized, “Some believe she’s the last of an ancient Exo squadron, fighting a long-forgotten war.” Other pieces of lore established that the Exo Stranger lived time out of order. “I stand here now and now and now many times, this view, this ground…” she says in a Grimoire lore card. But she isn’t all-knowing. Instead, she seems to discover the details of the Guardian’s enemies at about the same time the Guardian does.

In the trailer for Beyond Light, she reveals more about herself. The Exo Stranger comes from a place, she says, where the Darkness won. This points players to the birthplace of the Exos as well as the Deep Stone Crypt, which is the source of some of Destiny’s most evocative lore: a vision of a battlefield Exos see when they die, the Crypt a monolith at the end of it they can never quite reach. Human minds uploaded into robot bodies for war, the Exos have lost the location of this place, if it was ever real at all.

Beyond Light confirms the Deep Stone Crypt is real. In fact, it’s the setting of one of the three raids being introduced in the Year 4 expansion.

Bungie also says that on Europa Guardians will “brave the unrelenting glacial frontier, infiltrate the Golden Age Braytech facility, and uncover the secrets that lie deep under the ancient ice.” A technological powerhouse in the era before the Solar System fell into total war, BrayTech was established in Destiny 2 as the developer of the Exos. Destiny lore enthusiasts have encountered this connection before in the Grimoire, but this is the first time Bunge will allow players to unravel the mystery in the actual game.

There’s a lot more going on in Europa: the Pyramid, avatar of all evil in Destiny’s cosmology is there, as well as a new villain named Eramis, the leader of a new Fallen empire. But the opportunity to unlock the history of the Exos may prove to be the most important story beat of the expansion.

The Exo Stranger and BrayTech

The Destiny fandom loves its theories, and one about the Exo Stranger caught on after she was first referenced in Destiny 2‘s side material. Could her mind have originally belonged to Elsie Bray, daughter of the famous scientist who ran BrayTech? Elsie disappeared mysteriously thousands of years before Destiny’s story. The closest living link to her in the game is Ana Bray, her sister, who was revived as an immortal Guardian.

The Exo Stranger’s personal motive in Beyond Light could be to reconnect with her past in some way, to right the wrong that was done to her when, as she says, “the Darkness won” on Europa. But there’s no definite link between Elsie and the Stranger as of right now.

In the Beyond Light trailer, the Stranger is accompanied by a floating … creature? Machine? The most adorable new addition to Destiny. Gliding like a fish through the chilly Europa air, this being might at first look like a Ghost, the Guardians’ drone companions. The anatomy isn’t the same, though. Is this a new kind of BrayTech machine? A Ghost replacement for someone who isn’t a Guardian but feels a kinship with them? A weapon? A time machine? Is this the source of the voice on the other side of the Exo Stranger’s calls in vanilla Destiny?

Finding the Deep Stone Crypt is a chance to really dig into Destiny‘s world-building. Might Exo players find something unique for their characters there?