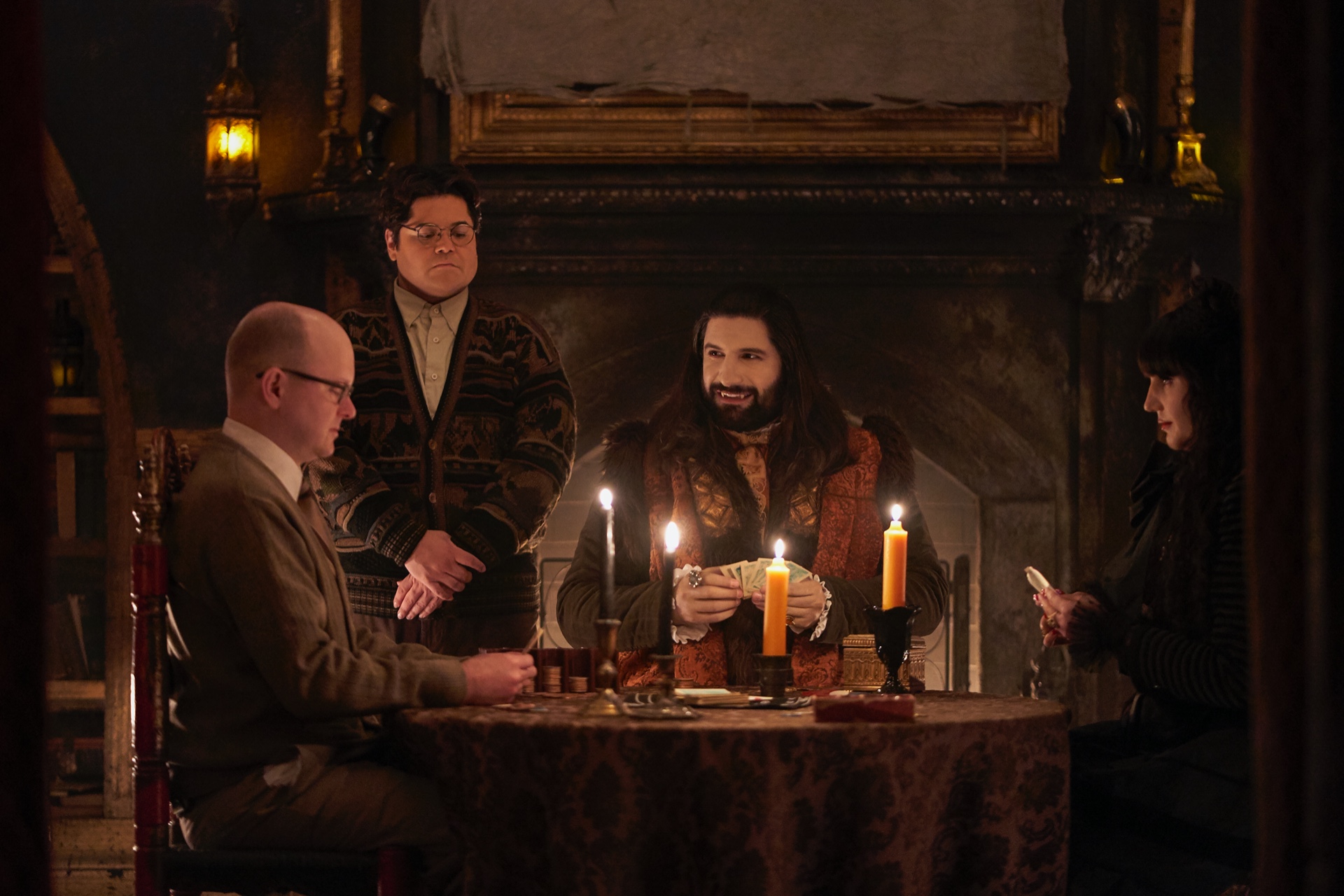 Score another victory to the undead! FX has renewed its superb vampire mockumentary series What We Do in the Shadows for a third season. Nandor the Relentless (Kayvan Novak), Nadja (Natasia Demetriou), Laszlo Cravensworth (Matt Berry), and Colin Robinson (Mark Proksch) are set to terrorize (or mildly inconvenience) Staten Island for at least one more year.

“We’re incredibly happy that critics and audiences are all in on Shadows,” FX President of Original Programming Nick Grad said. “Week in and week out, the producers, writers and our amazing cast continue to make one of the funniest and best comedy series on TV.”

Grad isn’t lying. What We Do in the Shadows is indeed one of television’s best comedies. Viewers seem to agree with FX pointing out that the show is averaging 3.2 million viewers across all platforms for its second season. That’s actually a 25% increase over its first season, which is a rarity for TV shows in the modern era.

The series takes its inspiration from Taika Waititi and Jemaine Clement’s film of the same name. In the 2014 mockumentary, Clement, Waititi, Jonathan Brugh, and Ben Fransham play out-of-touch New Zealand vampires who invite a documentary crew to capture their day-to-day lives…or night-to-night lives more like it.

The FX series is produced by Clement and Waititi alongside Scott Rudin, Garret Basch, Eli Bush, and Stefani Robinson. It moves the action to New York’s unheralded fifth burrough and introduces a crop of new vampires. And what vampires they are! Nandor was an Iranic soldier of the  Ottomon Empire who now mostly putters around the gang’s crumbling mansion asking his human familiar Guillermo (Harvey Guillen) for help with stuff. Nadja and Laszlo are a Romani and English nobleman respectively who are irrepressibly horny for each other. And then there’s Colin Robinson – the energy vampire. He will have you passed out in a lake of your own drool by discussing the particulars of the Brooklyn Bridge in detail and draining your energy.

What We Do in the Shadows season 2 continues to air this year on Wednesday nights at 10 p.m. ET. The season has three episodes to go, with episode 8 “Collaboration” set to air on May 27. That installment will find Nandor’s old familiar from the ‘70s returning while Laszlo and Nadja revive their musical act. Previous episodes in season 2 have featured the vampires dealing with zombies, encountering the “Superb Owl,” and of course the adventures of Jackie Daytona, Normal Human Bartender.