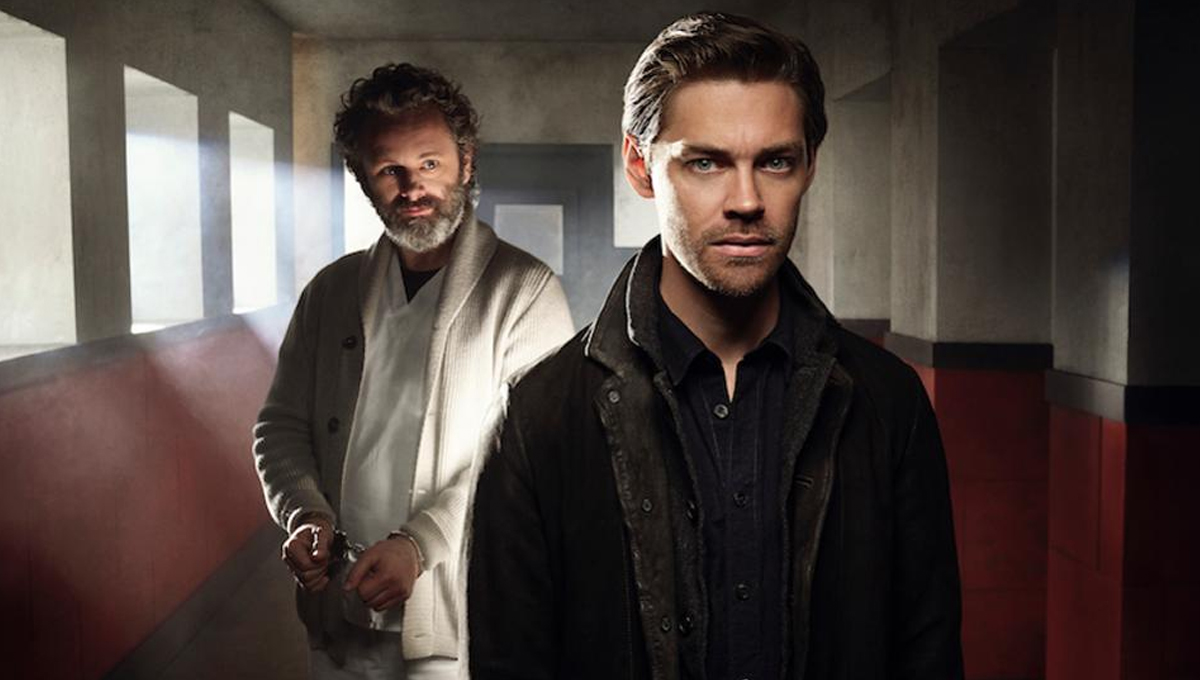 Prodigal Son proved to be a unique offering in a small screen sea flowing with genre-similar crime procedurals, standing out as a successful freshman offering for Fox after its debut this past fall. While the network was quick to capitalize on that success by giving the series a backorder for more episodes, it stopped short of an advance renewal for Season 2. However, any fears about the network’s apparent indecision proved to be unfounded.

Fox has officially announced its renewal for Prodigal Son Season 2, assuring fans that the crimson-coated cliffhanger on which the inaugural season ended will get to play out onscreen. Moreover, in a move that seems to imply that this renewal was always in the bag, the network also released a proper teaser trailer for the second season of Prodigal Son, featuring new footage about the aftermath on said cliffhanger moment (more on that angle later).

As we can see from the trailer, Prodigal Son Season 2 is diving head-first into the dramatically-veered arc of Halston Sage’s Ainsley Whitly, Malcolm’s sister, who—at least up until now—was an innocuous television reporter with an intrepid, perhaps slightly-aggressive attitude that’s proved damaging to her relationships. However, after being increasingly curious about her father’s mindset across the episodes, Season 1’s climactic moment saw Sage’s Ainsley carry out his outrageous request to keep the family safe by killing evil entrepreneur Nicholas Endicott (Dermot Mulroney), seemingly getting a disturbing kick from slicing open his throat, and demonstrating that she might be an apple that didn’t fall far from the serial killer tree. Indeed, the Season 2 teaser effectively sets the tone for Ainsley’s own family-traditional descent into madness.

As Michael Thorn, Fox’s president of entertainment, expresses of the renewal in a statement:

“From the moment Prodigal Son premiered, fans have been captivated by the astounding performances turned in by Tom Payne and Michael Sheen, as they go head-to-head in one of the most unique family relationships on television. Adding to these searing dynamics are the equally compelling portrayals from Bellamy Young, Lou Diamond Phillips, Halston Sage and the entire cast in a brilliant premiere season as told by Chris Fedak and Sam Sklaver. We’d like to thank our friends Greg Berlanti and Sarah Schechter, and everyone at Warner Bros. Television for helping make a series that left everyone wanting more, and we’re thrilled to have Prodigal Son return for our 2020-21 slate.”

With glowing feedback on the existing cast coming straight from the top, don’t expect any changes in the lineup. The show, which stars Tom Payne as Malcolm Bright, is balanced by a supporting cast of the character’s wealthy New York elite family, with Bellamy Young as his mother, Jessica, and Halston Sage as his TV reporter sister, Ainsley, also joined by police characters played by Lou Diamond Phillips, Aurora Perrineau, Frank Harts and Keiko Agena. Of course, the demented heart of the series is Michael Sheen, who co-headlines as Malcolm’s incarcerated father, Martin Whitly, a.k.a. serial killer The Surgeon. Yet, the arc of the supporting characters has become increasingly prevalent, notably with the fate of Phillips’s Lieutenant Gil Arroyo—a fatherly figure to Malcolm—left in the air after he was inflicted with a mortal stab wound in the finale.

However, don’t expect Phillips’s Gil to take a turn for the worse, despite the cliffhanger on which he was left. The creators have made it abundantly clear that he’s too valuable to let go, especially with him being the show’s straight-and-narrow fatherly fulcrum and potential love interest to Jessica. Indeed, as Sklaver said last month of the notion of not bringing him back, “I would go further and say that we would be fired. He’s too great. It is a major thing that we’re going to have to deal with.”

With an air of inevitability that even came with a teaser trailer, some might wonder why the Prodigal Son Season 2 renewal announcement took so long, especially since the Season 1 finale aired back on April 27—nearly a month before the renewal ultimately arrived. The approach stood in stark contrast from last year when the network quickly gave a backorder for more episodes of the inaugural season. While the topic wasn’t addressed in the renewal statement, it does seem like a case of crossing t’s and dotting the i’s regarding cast contracts, notably the always-busy Michael Sheen. Regardless, the co-creator Chris Fedak states that everyone was “cautiously optimistic” about the show’s chances of renewal.

Indeed, despite Fox’s recent axing of high-profile crime drama Deputy after an abbreviated debut season, there was plenty of reasons for creators Sam Sklaver and Chris Fedak to be optimistic, cautiously or otherwise. After all, the series managed to hold steady from its early success in the season finale, earning 3.53 million viewers. While it’s hardly a world-beating number, it was enough to come within a hair of winning its Monday timeslot against Big Three network competition in a rerun of CBS’s All Rise.

Prodigal Son premiered on Fox back on September 23, brandishing a headliner in (freshly-killed-off) The Walking Dead alumnus Tom Payne, who played a character named Jesus on that series, transitioning to—coincidentally—this biblically titled new crime drama. His protagonist character, Malcolm Bright (née Whitly), is a police consultant profiler who happens to be the son of notorious serial killer Martin Whitly, who’s played to demented perfection by Michael Sheen. Thus, the series—in a manner that puts a spin on a similar dynamic to NBC’s The Blacklist—Malcolm uses his well-honed professional skills to solve crimes in New York City, albeit with occasional help from the mindset of a killer from his institutionalized father, who whimsically obliges.

Thus, Prodigal Son Season 2 will likely (as evidenced by the teaser trailer,) continue building on Ainsley’s transformation and how it affects a perennially traumatized Malcolm, who—in the complete opposite manner—was able to prove that he was not his father. Additionally, as Fedak teased in late-April of the Season 2 direction:

“We always have ideas. We actually have two episodes that we had to scrap, so those are two zones that we want to go back to. We come at it on a seasonal perspective, this season was about Bright coming back to New York and opening up the mystery of the girl in the box and trying to understand that and in season two, there’s things we want to do, they’re like chapters.”

Prodigal Son Season 2 is officially on tap for Fox’s 2020-2021 slate. However, the catch here is that we don’t know with certainty WHEN said slate will premiere, despite its designation, due to the omnipresent pandemic. Indeed, The CW’s recent move of delaying its entire 2020-2021 slate until January 2021 could prove to be a bellwether move.

Consequently, coronavirus measures make it highly unlikely that Prodigal Son will return anytime in 2020. Thus, fans should set their expectations for sometime in 2021.