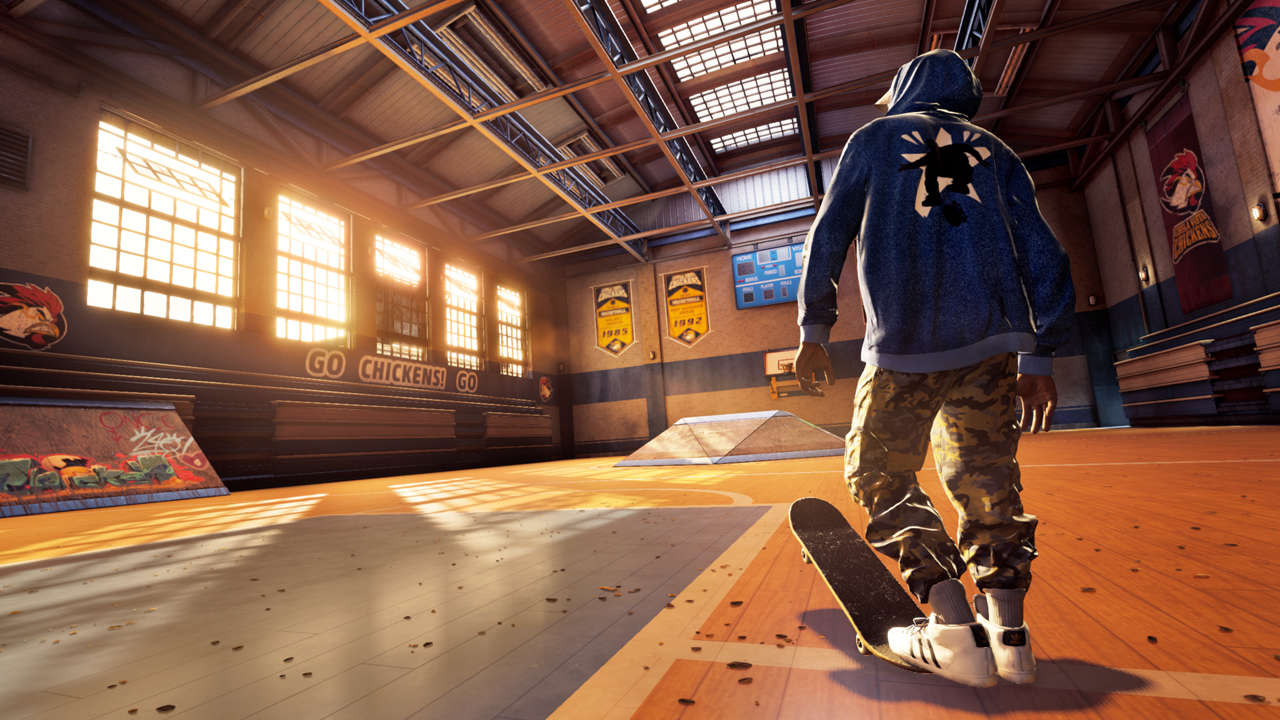 Lastly, that driving Les Claypool bassline is not only tremendous, but it brings to mind Claypool’s work on the South Park opening theme song which happened to be on the same cultural wavelength as Tony Hawk’s Pro Skater.

If you’re anything like me, this song will forever be in your head due to how many times you played the Tony Hawk’s Pro Skater 2 demo and happily heard this track play over and over.

Yet again, though, part of what makes this song so special is that it represents two styles of music and two groups that were independently popular amongst teenagers who flocked to the THPS games.

It’s a great collaboration that proves to offers more than enough gameplay drive.

Guerilla Radio by Rage Against the Machine

You could easily make the argument that “Guerilla Radio” stands alongside “Superman” as arguably the definitive early Tony Hawk’s Pro Skater song. Actually, the biggest argument against its status as such is the fact that it was incredibly popular even outside of the Tony Hawk soundtrack.

Close Encounters of the Fifth Kind Official Trailer
Frozen 2 film review: another happily ever after?
Run Episode 7 Review: Trick
How NordVPN Offers a No Compromise Gaming Experience
Nanoneedles to increase the capacity and robustness of digital memories
Agents of SHIELD: A New Direction for the Final Season
Homecoming Season 2 Timeline Explained