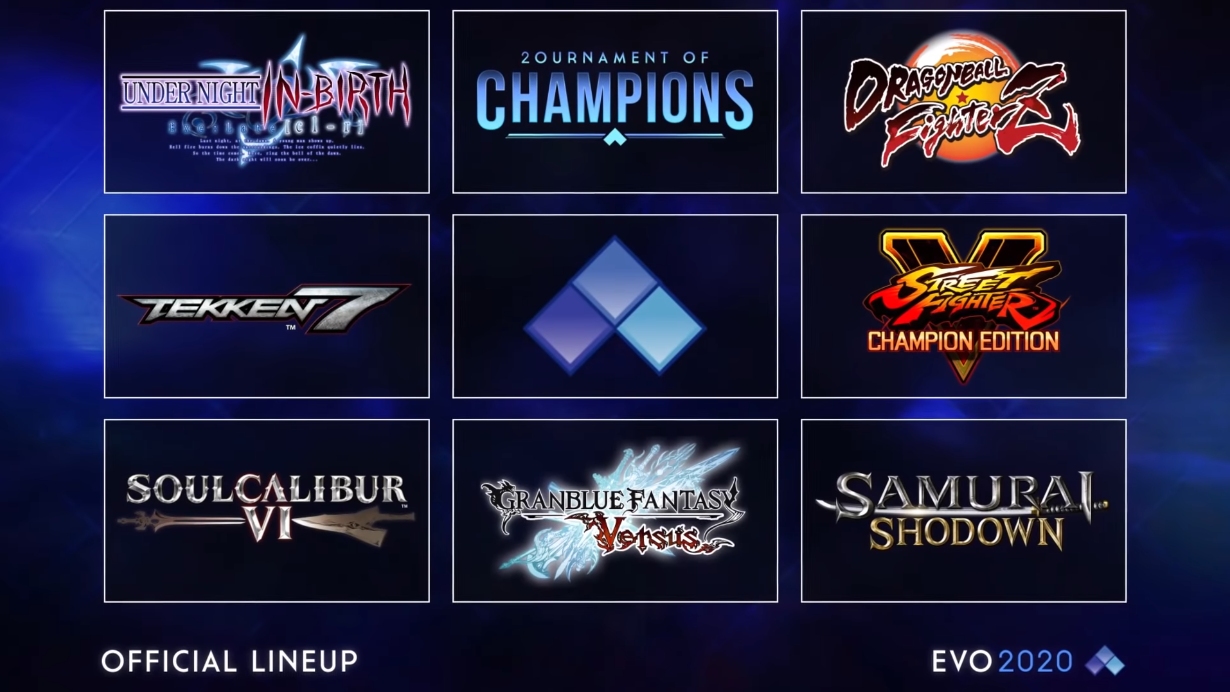 The Evolution Championship Series was set for July 31 to August 2. Thousands of fighting game fans from all over the world would have crammed themselves into a Las Vegas arena to scream along with Cell’s intro animation from Dragon Ball FighterZ. Nine different fighting games were going to be streamed for an online audience over the course of three days in what my wife calls “the most trying weekend of our relationship” because she can’t for the life of her understand why someone would dedicate their weekend to watching strangers play video games.

The line-up of games included Street Fighter V: Champion Edition, Super Smash Bros. Ultimate, Dragon Ball FighterZ, Tekken 7, Samurai Shodown, Under Night In-Birth Exe: Late[cl-r], and Granblue Fantasy Versus. There was also going to be an eight-player invitational tournament for Marvel vs. Capcom 2, a game that was extremely instrumental in Evo’s early existence.

Unsurprisingly, plans have changed. Evo’s organizers have decided that the COVID-19 pandemic has made a get-together in Vegas at the end of July a no-go.

So instead, Joey “Mr. Wiz” Cuellar announced that Evo 2020 would be completely online. On paper, that may sound like a fitting solution, but there’s an elephant in the room: the netcode. For those nine games, the netcode isn’t exactly top-notch. What is supposed to be a high-profile advertisement for these game publishers could possibly make them look bad instead.