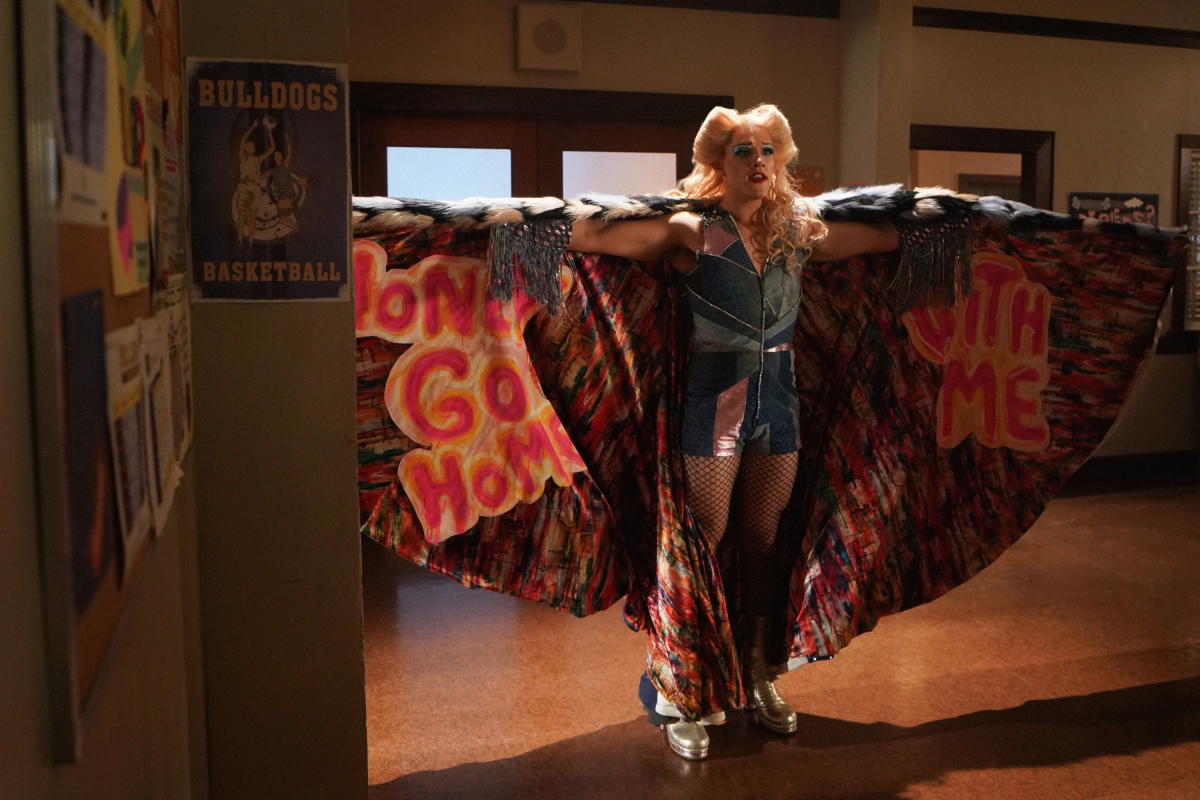 I thought “Tear Me Down” was really fun, its challenging in some ways. But  I thought “Wig in A Box” actually became extremely challenging just because of the amount of people on it, and the intricacies of all the different costume changes. I would say that was the most challenging of the ones I was a part of.

Have you had any feedback or contact with John Cameron Mitchell during this episode’s production?

I haven’t talked to John Cameron Mitchell. That would be wild if I got a phone call from him! But Stephen Trask, who wrote the music for Hedwig, was with us for a few days. It was really cool having him there and I’m a huge fan of his. I feel like we’re friends now. I think he really enjoyed it. So that was fun.

Why you do think that Hedwig and the Angry Inch has resonated with audiences across the world since it debuted?

I think there’s a million reasons, because a show like Hedwig has a million different things happening in it. First, the way its created is such a force, like a roller coaster ride – once you strap in, you’re in. And if you allow yourself to go it’s going to be incredible. Which is similar to Riverdale.