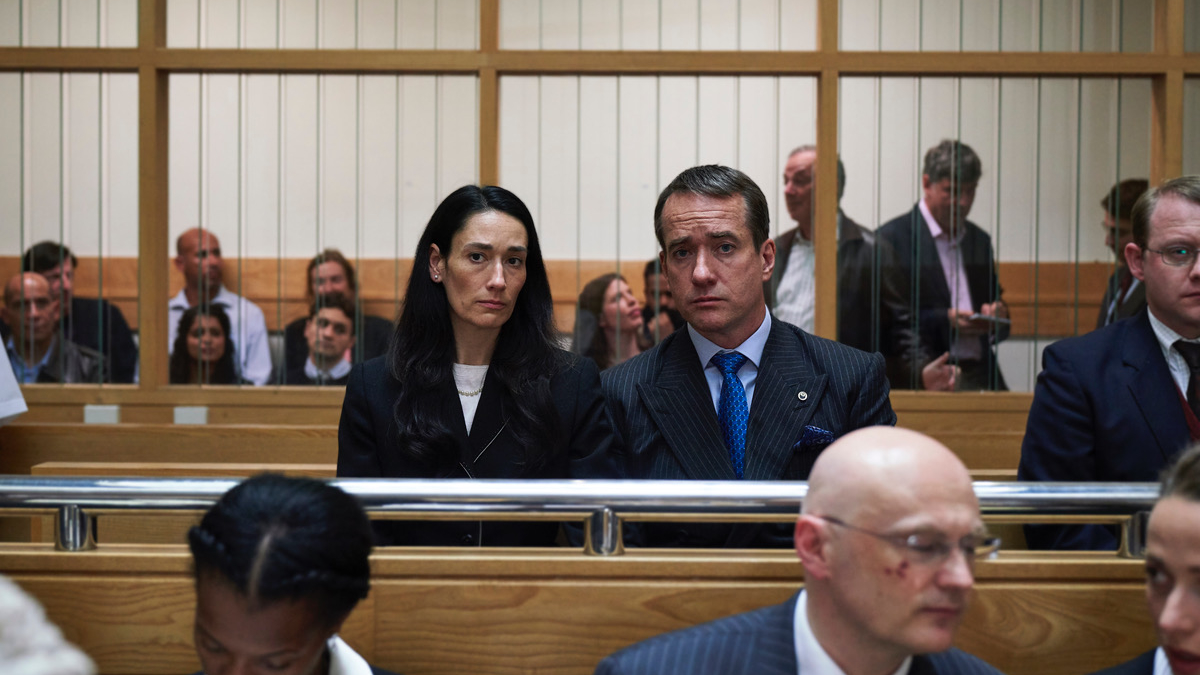 In the trial scenes, what seems to animate the prosecution more than any specific legal transgression is the injury committed to good sportsmanship. Whatever the judicial truth of the matter, the sly suggestion here is that Major Charles and Diana Ingram were really put on trial for betrayal of the so-called English character. The case of Ingram v it’s just not cricket.

Episode one gives a mildly satirical but mostly warm-hearted introduction to the Ingrams (Matthew Macfadyen and Sian Clifford). He’s clownish in a Major In-nice-but-dim way, and she’s a devoted member of a peculiarly British tribe – the quizzer. So is her brother Adrian (Trystan Gravelle), whose obsession with getting on Who Wants to be a Millionaire? gives episode one its absurdist heist structure.

Gentle fun is poked at quizzers, the kind of people for whom any knowledge is only worth having if it wins you a tie-breaker against Quizzee Rascal in the Monday night grudge match at the Horse and Groom. Adrian’s entry into an underground quizzing cabal is played for laughs. It’s a comically unflattering portrait of the subculture, but one nonetheless charmed by the idiosyncrasy of a peculiar obsession. And they’re not all comic caricatures. Clifford makes Diana a sympathetic weirdo (the awe with which she receives Adrian’s homemade ‘fastest finger first’ machine is beautifully done).

Another tribe – TV executives – receive the same treatment. There’s a W1A-ish mockery going on that shows them to be glib and shallow (perfectly summed up in ITV’s heads bemoaning the BBC ratings hit of Princess Diana’s funeral “Tragic as that was, it goes without saying.” “Tragic.”) But there’s also a fascination and respect for how invested, emotionally and financially, production company head Paul Smith (Mark Bonnar) is in his quiz.

If episode one of this drama wasn’t able to convince viewers that developing a TV show is the most exciting thing in the world, it wouldn’t work. With energising editing and a never-fail montage, it does convince us of that, and the whole thing works like a charm.