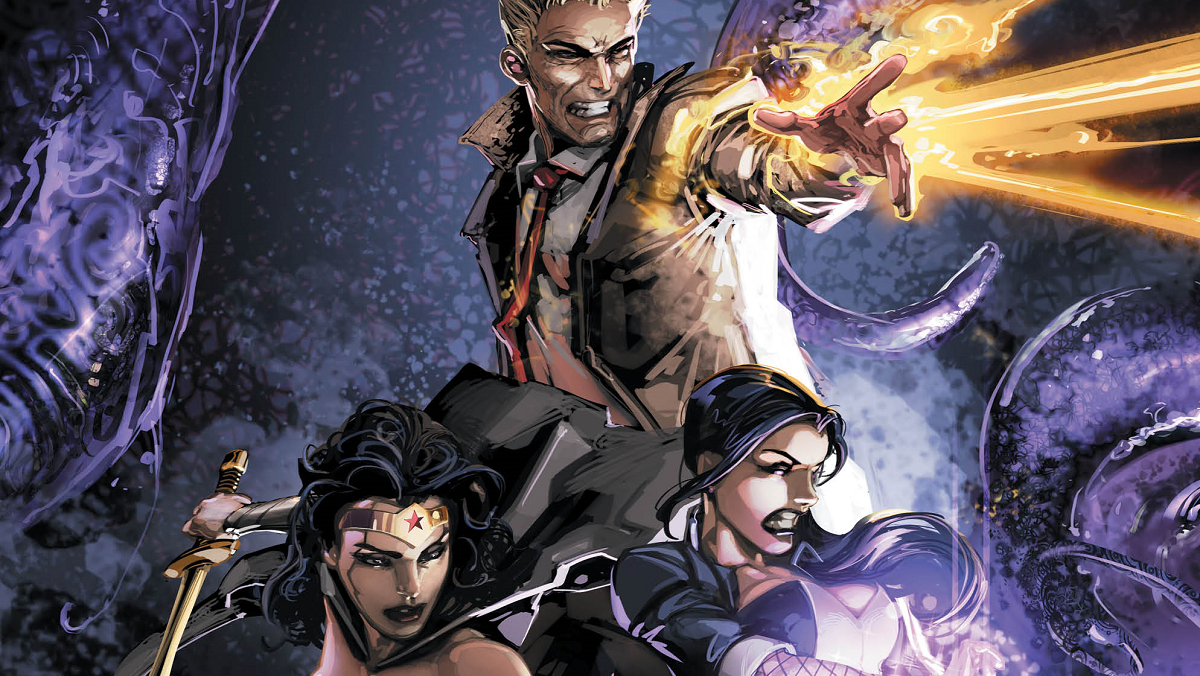 Ram V had been announced some time ago as taking over solo writing duties as of Justice League Dark #21. He is, if you’ll remember, the writer behind one of my favorite surprises of 2019, These Savage Shores. He’s an inventive and thoughtful storyteller, making him an ideal match for DC’s supernatural world. I was very excited for his arrival on its own… and then I got a look at the art!

I feel bad, because you won’t get to see the pages that ripped my jaw off and threw it on the floor until you go buy the book. The preview art is very good, but at about the midpoint of the issue, it jumps from “excellent superhero comic” to “Did JH Williams and David Aja have a kid? I didn’t even know they were dating.”

On back to back pages, we get a sequence of Wonder Woman fighting her way down two flights of stairs, and it’s a fight scene that rivals any of the most innovative pages Aja put in Hawkeye. The flow is magnificent, and the way Bueno uses the stairs to move your eye, packing story into every figure, it’s just unbelievably good comic art. And then on the next page, there’s a scene of Animal Man using his powers that is laid out like some of the best pages in the Club of Heroes arc that Williams drew during Grant Morrison’s Batman. He uses the concentric circles of Animal Man’s powers as panels, shifting perspective with time and it’s spectacular.

I’m focusing on these pages because they’re two of the best pages I’ve read in comics in forever, but that’s shortchanging the rest of the issue. There are other pages that look like Batwoman-era Williams; a sequence with John Constantine falling through the panels of the story that’s just amazing; and a bit with Zatanna that reads as so clever you can almost see Ram’s eyes twinkling as he wrote it, and then when you read it again and realize how he pulled it off, your eyes will twinkle back.